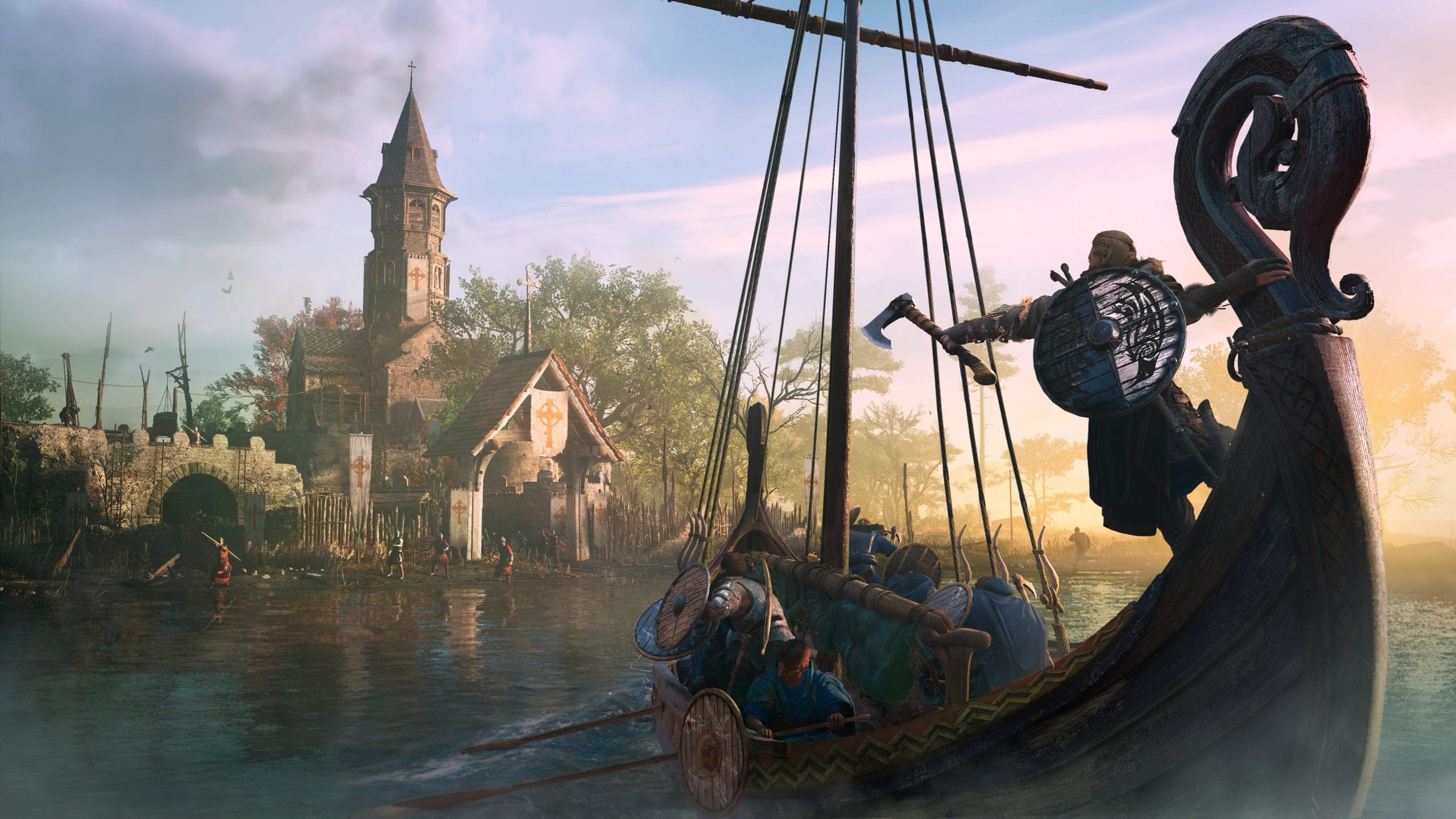 It seems that the ship songs of Assassin’s Creed: Valhalla are annoying a lot of gamers, or at least, when and how they are performed is.

Sailing the seven seas as Edward Kenway made you feel more like a pirate than possibly any other video game, especially when your ship crew started to sing along.

2020’s Assassin’s Creed: Valhalla takes a lot of inspiration from 2013’s Black Flag, even more so when it comes to sailing and sea shanties.

When I’m not butchering villages for precious loot sometimes I like to chill out and sail down the rivers of Anglo-Saxon England listening to my Viking brothers and sisters sing their hearts out.

However their wonderful singing can often be rudely interrupted, especially when you sail into the vicinity of a potential raiding location.

When this happens even if your crew is in the middle of wailing out a tune they will interrupt their song by shouting and growling almost every time you come near a village, and it can get quite annoying.

To make matters even more annoying, every time your crew stops singing to let you know there’s a raiding opportunity, they’ll begin singing again but the song will start from the beginning.

A Reddit post recently gained a lot of traction for complaining about just that. Written by a Redditor named ergertzergertz, they asked the question: “Whose bright idea at Ubisoft was to have ship songs get interrupted every time you sail past a raid marker?

“Seriously, every 15-20 seconds the song stops for 5 seconds while Eivor shouts and then the song STARTS FROM BEGINNING. On a 2-3 minute ride and I have heard the same 10-15 seconds of the song 10 times.”

The post has received a lot of love from fellow gamers who’ve also had enough of the annoying restart of songs in the game.

Much of the discussion thread was in agreement on the topic of sea shanties. One Reddit user saying that they could: “listen to the songs and stories but […] you have to oftentimes force your crew to start singing again.”

They also added: “Just let me listen to them sing without pause please! Ubisoft you know how much we love your shanties but why would you make it like this? It makes no sense.”

Whose bright idea at Ubisoft was to have ship songs get interrupted every time you sail pass a raid marker? from r/assassinscreed

So hopefully with a bit of luck the developers of Assassin’s Creed: Valhalla may have noticed this discussion thread, and hopefully they might make the sea shanties in the game a little more fluid with a future patch.

However if you want to listen to all the sea shanty songs of Assassin’s Creed: Valhalla uninterrupted, you can do so by enjoying the video below.