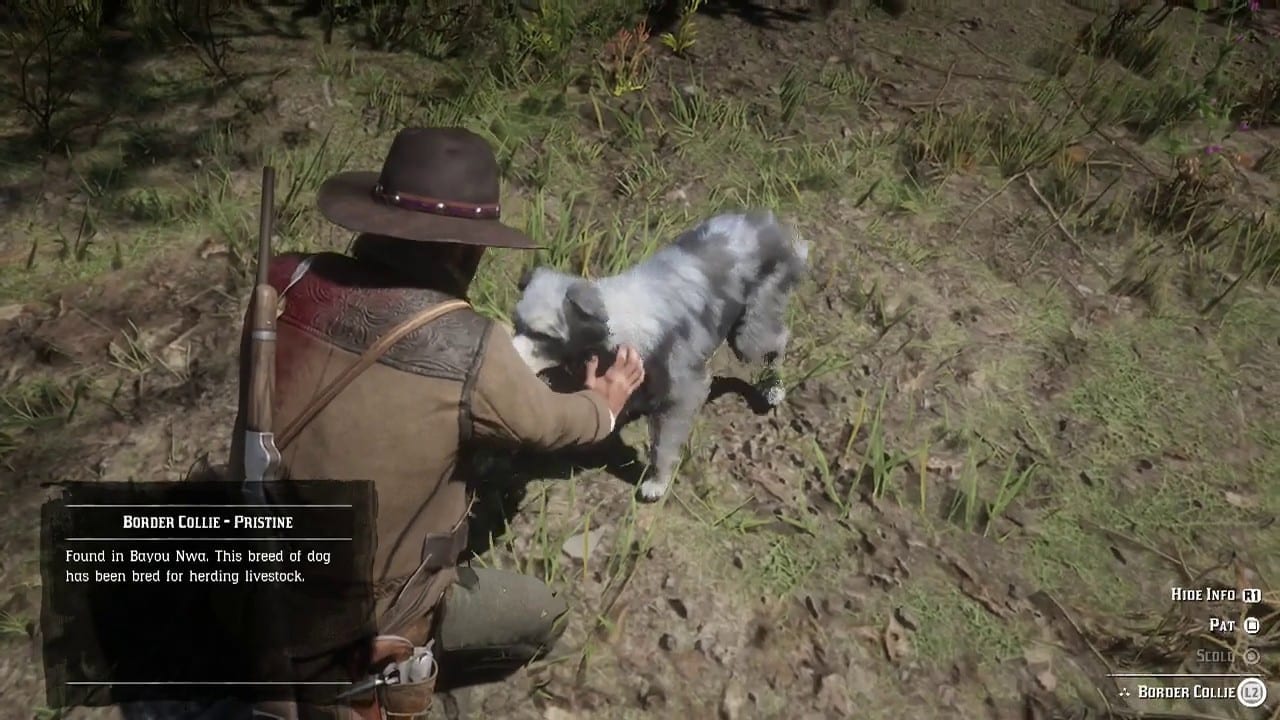 Dean Takahashi was lucky enough to play it early and accidentally shot an dog and had this to say:

On more than one occasion, I accidentally pulled the R2 trigger in the PlayStation 4 Pro version, rather than the L2 trigger. In this case, I was supposed to pet the dog, who was sitting on a wooden sidewalk.

Instead, I shot it by accident. (Let it be known I would never intentionally do this, in real life or in a video game).

People who witness Takahashi commit this crime then ran off to get the sheriff who in turn asked the player to leave town. Takahashi did as the sheriff asked but didn’t leave the town fast enough so the sheriff started shooting at him. Shooting dogs is a serious business in Red Dead Redemption 2.

This then caused the whole town to join in after a gun fight with the sheriff left the NPC dead.

That is one hell of a way to get a massive bounty on your head!

Takahashi then went on to explain that he paid off his bounty but the characters still held the grudge against him for his dog shooting crimes.

I figured that would be enough. But as I walked through town, the townspeople reacted negatively to me.

One said, “We remember what you did.” Even though my weapon was holstered, I wasn’t welcome at the stable in that town.

Many people have also run into issues when ‘accidentally’ hurting dogs in the game.

TLDR: Do not shoot dogs in RDR2, nothing good can come of it.

Check out more from GameByte here!

Red Dead Redemption 2 Looks Better Than Ever In VR

Watch Dogs: Legion Now Has Its Own Zombies Mode

‘An Airport For Aliens Currently Run By Dogs’ Is Out Now