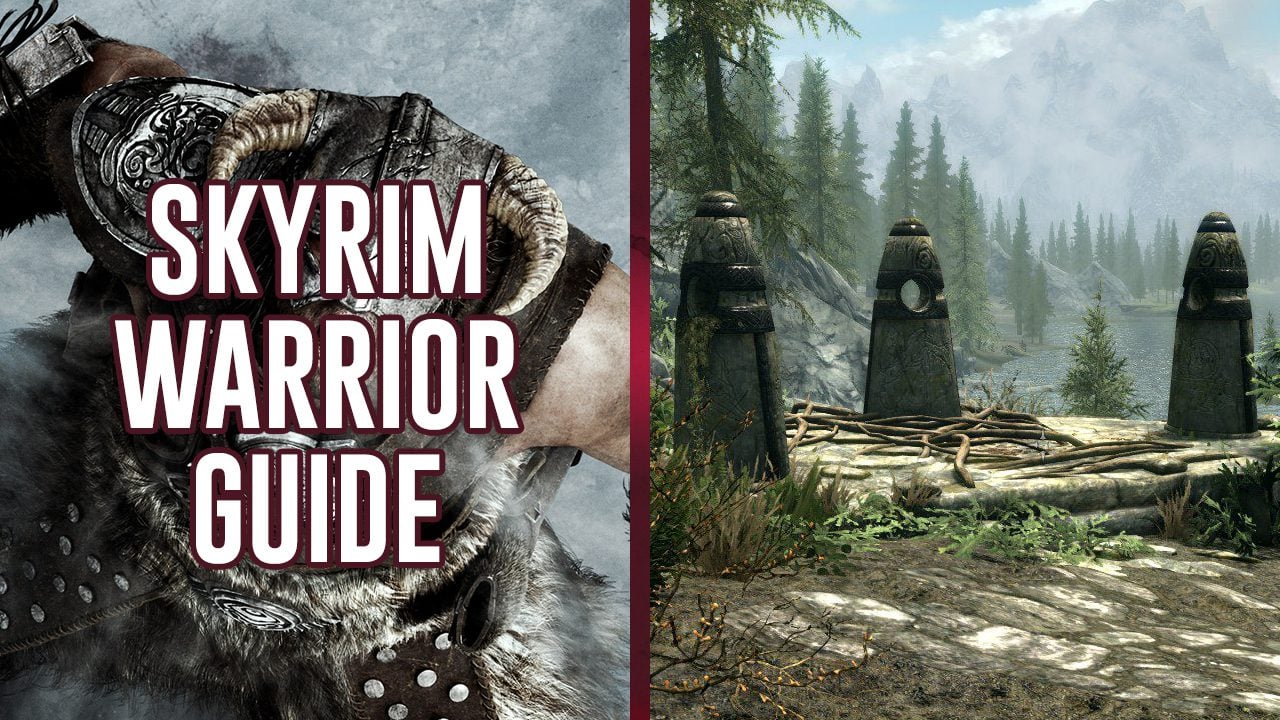 After waking up on a horse-drawn cart, the player is delivered to their own execution. This is how life starts in Skyrim for new adventurers. The first taste of freedom comes when the guard demands to know who the player is. At this, the view pans around and we get to choose who we will be. There are a lot of options to go through, so allow us to simplify them for any new players among you, or any returning Dragonborn who want to brush up on their knowledge. This is our character creation guide for building a warrior in Skyrim Anniversary Edition.

First, some good news. Unlike other RPG’s, Skyrim doesn’t put a huge burden on the player to pick the right choices upfront. Most of the choices you make here, you are stuck with for the game. However, while each race has its traits, no decision you make here rules out certain play styles or gear. Each race has a main skill which starts with ten extra level points, and five sub-skills that grant five points each. Some have passive effects, such as the Nord’s resistance to all things cold and the Argonian natural resistance to poison. These differences are important, but needn’t rule out your own personal preference.

If you have a good idea of what kind of character you want to be, there are reasons to choose certain races over others. That’s something we will discuss further in this guide, but it’s worth pointing out that there is no need to stress about your decisions. If you want to take a big muscly Orc and join the thieves guild, go for it! Now, if you have your heart set on being the best warrior you can be in Skyrim, here is our guide for you.

These are the races you want to aim for if you want to optimize your smashing and bashing experience in Skyrim Anniversary Edition.

Orcs, or Orismer as they’re known in Tamriel, are the tankiest by far. They skew big and bulky, and that’s just how they like their armour. Orcs start with a better heavy armour stat, as well as improved blocking, one-handed, two-handed, smithing and enchanting.

They are the natural tanks of Skyrim. Their greater power is Berserker Rage, allowing Orcs to do double damage for a time while receiving half. If you picture yourself as a barbarian running rough-shot over Skyrim with bulky armour and a big axe or hammer, you might just be an Orc.

The locals of Skyrim are a hardy bunch, they like to hit things with big sticks. Two handed weaponry is their number one skill, while they also excel in one-handed, blocking, light armour, smithing and speech. They passively resist frost, reducing damage by fifty per cent. Their great power is Battle Cry, which induces fear in their enemies, causing them to run for the hills.

Nords are geared toward doing big damage with the powerful weapons they forge. Playing as a Nord is a great option for new players who want a nice balance, but prefer their fights up close and personal.

Sometimes, you need to mix a little magic into making war. The Imperials are a hybrid of physical and magical abilities, their primary skill is restoration magic, and they are competent in a mixed bag of blocking, heavy armour, one-handed weapons, enchanting and destruction magic.

If you fancy roaming the wilds of Skyrim as a battle mage, the Imperial might be for you. They have an intrinsic ability where upon searching any source of money, they can find a few coins more. Handy when starting out, more useful arguably is their greater power, which allows them to calm nearby enemies once per day.

Like Imperials, Redguards are skilled in both physical and magical combat. One-handed weapons are their primary skill, with sub skills in alteration magic, archery, blocking, destruction magic and smithing. With such a broad range of base skills, the Reguards are an ideal choice for new players who want to try a bit of everything.

As a Redguard, poison is less of a concern due to your fifty per cent resistance. Running out of stamina isn’t as much of an issue either. The greater power Adrenaline Rush gives Redguards a sixty times bonus to stamina regeneration, meaning you can spam heavy attacks to your heart’s content.

Upon starting Skyrim, when you leave the opening scenario in Helgen you are free to go where you please. That said, there is an intended path the game nudges you toward, sending you to Riverwood to follow the main quest. Follow that road for a bit and you are bound to discover the Guardian Stones. These are three of the thirteen standing stones dotted around Skyrim that grant you bonuses. Of the three Guardian stones, you want to interact with the Warrior Stone. This will grant a twenty per cent boost to all experience gained in martial matters; weapons, armour and so on.

With this guide, you are well on your way to becoming a fearsome warrior in Skyrim Anniversary Edition. Where you go from here is entirely up to you, but if you’re not sure feel free to check out some of our other guides. We have guides for starting out as a mage or a thief.