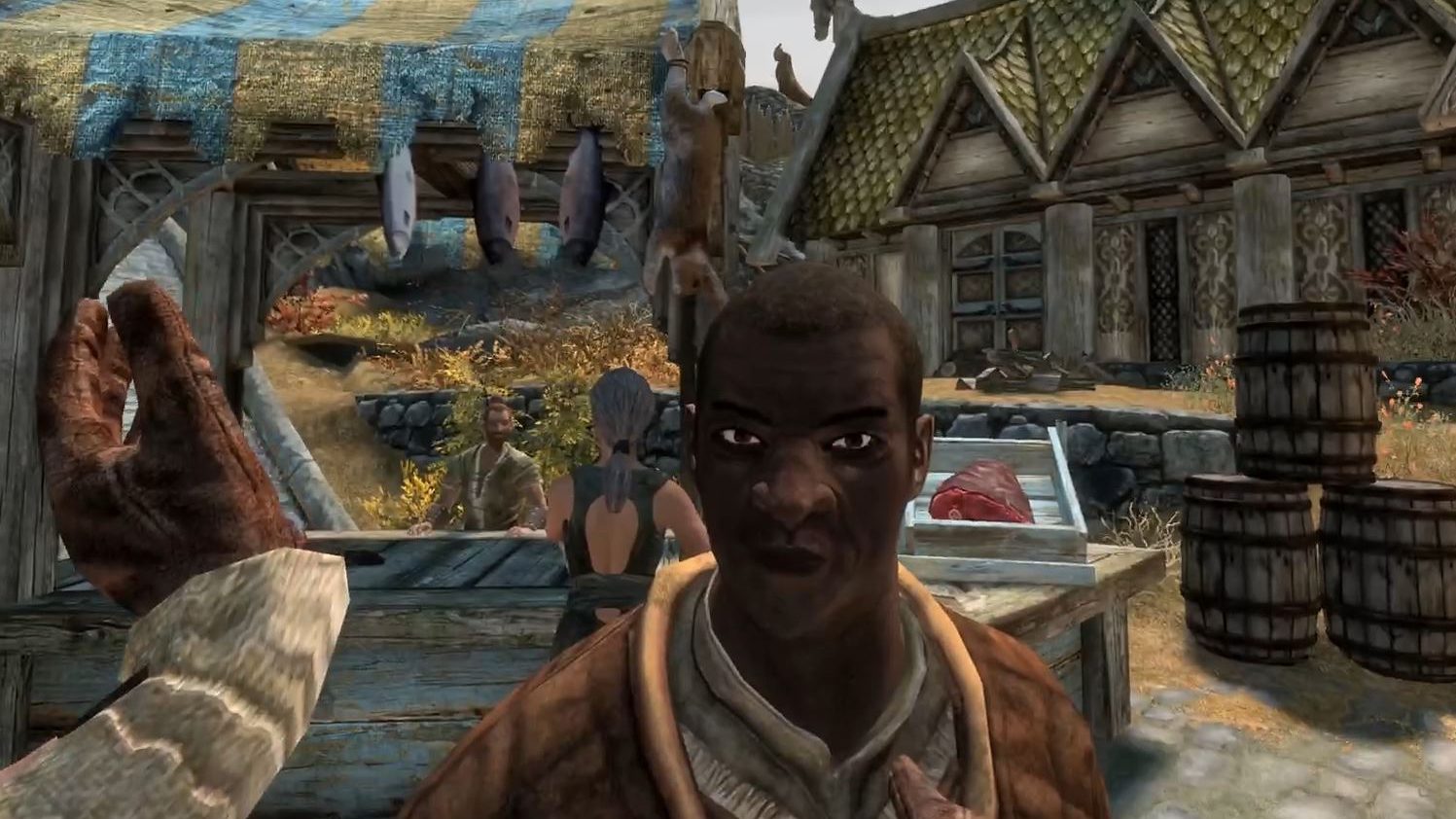 An Elder Scrolls 5: Skyrim VR mod now allows you to slap the taste out the mouths of NPCs. Nazeem, we’re coming for you!

Skyrim VR was released in 2018, offering yet another avenue to experience the ever-popular RPG from Bethesda. However, up until now, you’ve not been able to give NPCs in Skyrim a proper good slap.

Thankfully, a modder has upped the physicality with Skyrim VR allowing us to now slap NPCs to our heart’s content. Sure, you previously were able to fight with your fists. However, this mod not only enables the NPCs to react in a satisfactory manner, but they will now stand there and take it.

Give them a good slap!

If you’ve wanted to slap the crap out of the obnoxious Nazeem’s mouth, now you can give this unlikable NPC a good backhand. Best of all, he’ll let you slap his face until you’ve grown bored of dishing out the punishment. Though I suspect, slapping Nazeem won’t tire too quickly.

Will you be downloading this slaptastic Skyrim VR mod? Let us know on Twitter. As part of the GameByte Shop’s Skyrim collection, you can still buy Skyrim VR for £39.99.