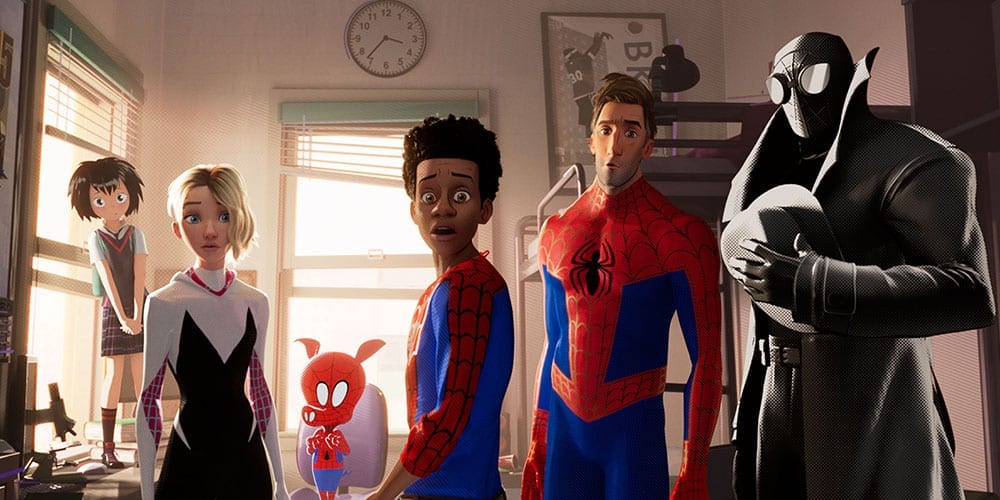 Miles Morales prepares to swing into action as Sony’s Spider-Man: Into the Spider-Verse officially heads to Netflix. The streaming giant might be losing a tonne of Disney content as Disney+ looms ever closer, but that doesn’t mean we should give up on Netflix just yet.

Spider-Man: Into the Spider-Verse broke the mould as it pitted Shameik Moore’s young Morales against famous foes like Kingpin and Doc Ock. Along for the ride was an alternate version of Peter Parker and a colourful cast of characters including Spider-Gwen, Spider-Man Noir, and Spider-Ham.

Fans couldn’t get enough of the 2018 animation, so it’s no surprise its Netflix arrival is big news.

Come for the awe-inspiring animation style(s), stay for a beautiful story about the importance of family, teamwork, and believing in yourself.

According to a tweet from Netflix, Spider-Man: Into the Spider-Verse is suiting up for a June 26 release. With just over a month to go, fans will have to wait a little bit longer before they can dive headfirst into the Spider-Verse.

The tweet explains: “Come for the awe-inspiring animation style(s), stay for a beautiful story about the importance of family, teamwork, and believing in yourself.”

Well, Netflix has definitely got that right. As well as its bright and crisp animation style, Into the Spider-Verse was a charming tale of love and loss. Proving that not all heroes wear capes, it set the precedent for how a Spider-Man movie should be made!

Elsewhere, Into the Spider-Verse earned an impressive $375 million worldwide against its budget of $90 million AND won an Academy Award for Best Animated Feature at the Oscars.

As well as promises of a sequel, the studio is are reportedly working on a number of spin-offs for the likes of Spider-Ham and a female-first Spider-Women movie.

Now that you know when to mark your Netflix calendars four, you’ve got plenty of time to head down to the dry cleaners and pick up your Spider-Man suit.