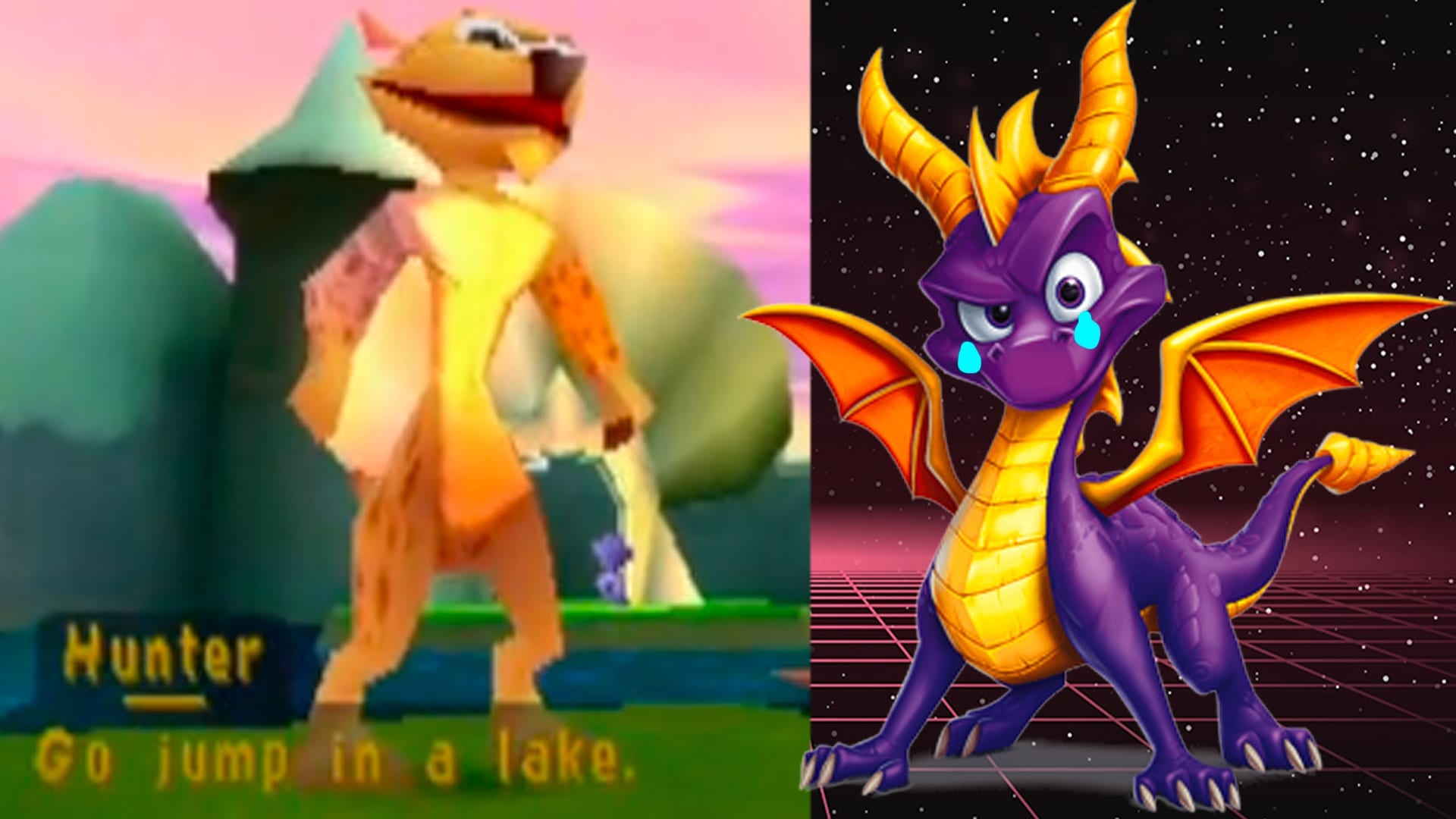 You remember Spyro the Dragon, right? That wholesome game about a small, purple dragon? Well, a recently discovered Spyro 3 prototype has revealed that the game’s NPCs have a dark side.

The prototype in question is a part of Project Deluge, a collection of various PlayStation builds archived by preservationists Hidden Palace. Upon trying out the collection’s Spyro 3 prototype, Twitter user @dada78641 discovered that the game’s anthropomorphic friends are extremely passive-aggressive:

Personally, while I’m not surprised at Moneybag’s foul language, I expected more from Hunter. Dada’s rude revelation prompted others to dive into the prototype, which lead to some rather cursed screenshots from other players:

It’s needless to say that the prototype’s passive-aggressive dialogue was never destined for the final game. The developer’s likely used the text as placeholders while the game was in development. In anything, the prototype’s hilarious text makes it a hilarious development time capsule, one that has captured the process behind the game’s creation. Insomniac likely never anticipated anyone playing this specific build of the game. Especially since it’s a prototype from two months before the game’s release.

Project Deluge is abundant with various demos and prototypes from across gaming history. Therefore, it’s likely that players and preservationists will discover more developmental shenanigans as time progresses. There are currently 372 available builds on the Project Deluge website, including classics like Spyro, Crash, and Tomb Raider.

If you’re looking to try these prototypes out for yourself, you’ll need to either use an emulator or an original PlayStation that can play backups. Alternatively, you can also use the recently discovered Tony Hax exploit, which allows backups played on some PS1 consoles.