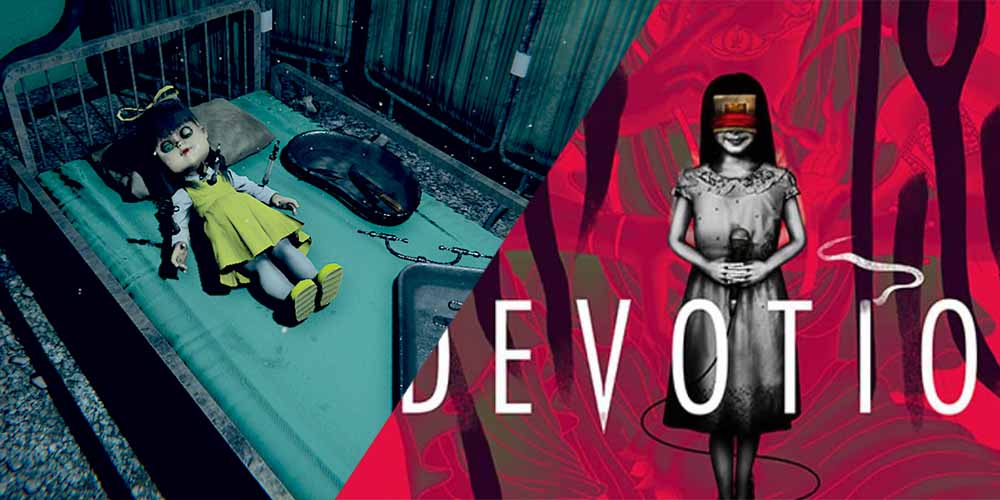 Red Candle Games, the developer of the first-person horror game Devotion, has had a bit of a nightmare recently.

Just a few days ago, it received heavy criticism due to a piece of art that appears to mock Chinese president Xi Jinping in the game, reports PC Gamer.

The developer’s Weibo account was taken down, and its relationships with publishers Indievent and Winking Entertainment were terminated. As a result, and due to a ‘review bomb’ from unhappy gamers, the developer released a statement regarding the content in the game.

They said: “For the earlier sensitive art material incident, the whole team of Red Candle Games bears the responsibility of this awfully unprofessional mistake. It is not Red Candle’s vision to secretly project extensive ideology, nor is it to attack any person in the real world. Even if the sensitive art element was wrongfully placed before, we kindly ask you not to over interpret other game material,” the studio wrote.

“It is our genuine hope that everyone can remain calm and shift the focus back to the game’s core message, which can be obtained through playing experience of Devotion. After all, it is a mistake to insert the unrelatable material to the game content. Not only does it destroy how people experience the game, but also affect many more people. It is our regret to say that this is not Red Candle Games’ original aim for game development.”

It then disappeared from Steam, however they’ve released another statement on the decision: “Due to technical issues that cause unexpected crashes and among other reasons, we are pulling <Devotion> off from steam store to have another complete QA check. At the same time we’d like to take this opportunity to ease the heightened pressure in our community resulted from our previous Art Material Incident, our team would also review our game material once again making sure no other unintended materials was inserted in. Hopefully this would help all audience to focus on the game itself again upon its return.”

This comes after news broke that Epic Games is setting its sights on Steam.

New game Metro Exodus is already the source of a lot of raised eyebrows thanks to a dispute between Epic Games and Valve.

Last week the gaming community was shocked to see Metro Exodus pulled from the front page of the Steam store in favour of the relatively-new Epic Games Store.

This happened just 18 days before the planned launch, and it was confirmed that Deep Silver and 4A Games pulled the game from Valve unexpectedly, though those who pre-ordered through Steam will still get their copies.

Valve hasn’t shied away from the move, and it released a full statement on the matter, putting it right smack-bang on what was once Metro Exodus‘ page.

Valve said: “We think the decision to remove the game is unfair to Steam customers, especially after a long pre-sale period,

“We apologize to Steam customers that were expecting it to be available for sale through the February 15th release date, but we were only recently informed of the decision and given limited time to let everyone know.”

It gets worse, as Epic is actually selling the game at a lower price than Steam – at least in the US.

Speaking about the sudden move, Deep Silver CEO Dr. Klemens Kundratitz said: “Epic’s generous revenue terms are a game changer that will allow publishers to invest more into content creation, or pass on savings to the players.

“By teaming up with Epic we will be able to invest more into the future of Metro and our ongoing partnership with series developer 4A Games, to the benefit of our Metro fans.”

It doesn’t end there, as the upcoming Division 2 will also be exclusive to the Epic Store – despite being previously advertised on Steam.

@MetroVideoGame Bummer. Canceled my steam preorder. I won’t support your publishers decision to be anti-consumer. 70% of a guaranteed sale was better than 0% of an Epic Store refusal to purchase.

Signing up the Epic Store will get you two free games a month, and it’s set to have a pretty great 2019. It looks like Valve has got some serious competition…

Have you moved from Steam to Epic?

But what besides exclusivity does the Epic store have to offer us end consumers? Honest question. Does it have community functions, mod support, cloud saves, forums? What makes it better than Steam for me? pic.twitter.com/SkGxH6ea8E