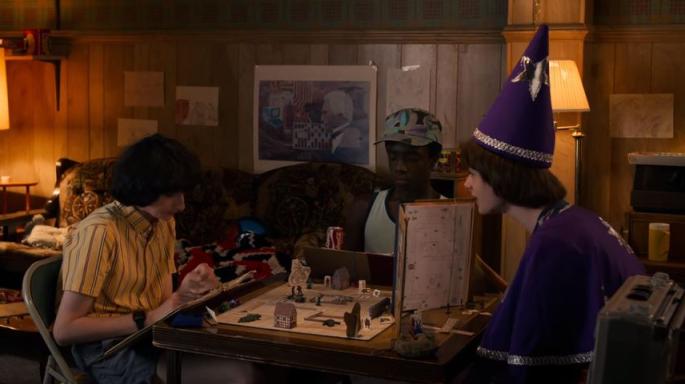 Netflix’s Stranger Things is a huge cultural phenomenon with the show being praised for its acting, its writing and its over-all style. For Dungeons and Dragons fans, it means even more thanks to its heavy focus on the tabletop classic.

The show, (which really you should have seen by now so I’m not going to explain it all), uses a lot of D&D references to explain the phenomena of the Upside Down, the alternate reality that plagues the town of Hawkins, Indiana.

True Blood and Magic Mike XXL star Joe Manganiello recently spoke with ComicBook about the importance the series has had on the D&D community, praising Netflix for making Dungeons and Dragons cooler than it’s ever been before.

Manganiello, a huge D&D fan, said: “I think Stranger Things hitting the zeitgeist the way that it did, becoming as popular as it did in mainstream culture so that the mainstream was asking those questions, ‘Well what is that and what are those kids doing?’

“‘Oh, is that Dungeons & Dragons? How do you do that? What is that?’ And so I think that really helped, and then I think the other side of it is I think when people see that maybe people that they didn’t think played, openly saying that they did, I think that just eradicates the stigma.”

He went on to add: “Nowadays I’ll go to studio meetings with executives and I’ll walk in and we’re there to talk about some project and they’ll close the door and then make sure it’s locked and they’ll come over and say, ‘So I used to play Dungeons & Dragons when I was a kid,’

“‘Do you think I could come over?’ It’s like people are coming out to me in secret, but I think it’s fun because when I was a kid, if you said you played, you were opening up the door to scrutiny that maybe you did not want to invite in, that you were maybe gonna get into a fight on the playground.