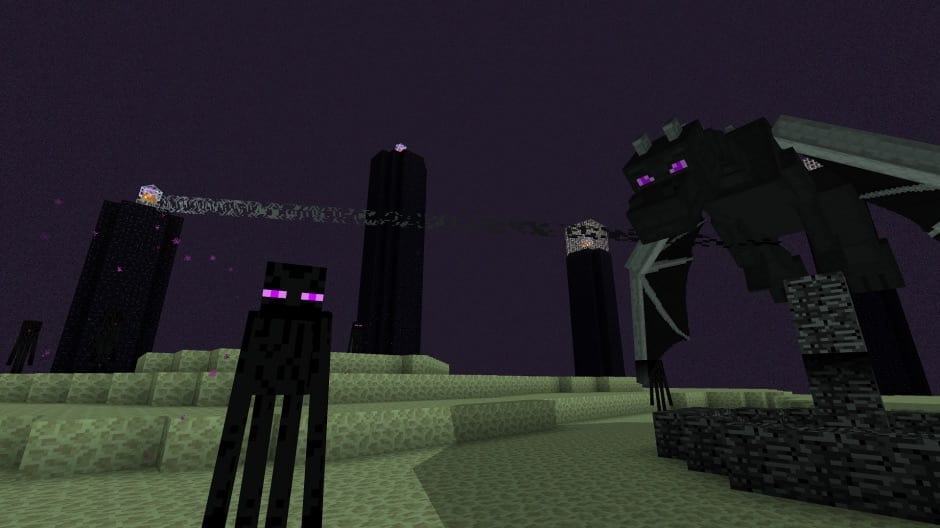 When it comes to spooky games there’s an ever-growing list of scares available for every type of gamer, but there’s one horror-filled ride that always seems to get overlooked: Minecraft.

Sure, Minecraft might not seem too horrifying on the face of things, but delve a little deeper in the lore, the mysteries and the creepypastas and you’ll definitely be in for more tricks than treats.

It’s not Halloween without a spooky scary skeleton, and this untouchable one that’s been popping up in Minecraft for literally years is still as mysterious – and as creepy – as ever. Doot doot away from me, you creep.

Sometimes you make your own scary moments, and running into an Enderman unexpectedly can often lead to a heart-stopping spook. Reddit user SuperDemonPig accidentally snapped a pic of an Enderman attack that’s still haunting my dreams. Check it out above.

We might have moved on from the times of scary stories told around the campfire, but there’s nothing quite as chilling as a horror story as you drift into October 31st.

Enter the realm of Creepypastas, where the lines between fiction and reality are blurred in the most terrifying ways possible. Minecraft is a huge part of the Creepypasta community, and if you haven’t heard of Herobrine, Entity 303 or Jeff the Killer then boy oh boy are you in for a treat. Even if you have heard of those much-loved classics, there’s new Creepypastas popping up all the time for Minecraft. Check them out here.

One of the many lovable things about Minecraft is its sheer moddability. There’s a mod for basically anything you want in Minecraft, and there’s no shortage of horror mods out there.

Whether you want to explore a creepy orphanage, turn your game into a post-apocalyptic hell, or even tackle a Silent Hill-esque hospital, I guarantee there’s a mod out there for you this Halloween. Someone’s even working on an Outlast map. Crazy!

Let’s face it: if you play Minecraft you know exactly which noises I’m talking about. Cave sounds – especially at night – can be absolutely terrifying. And when you hear that sizzle you best run for the hills or face the consequences.

Reddit user otman12 sums it up very nicely in a post entitled “Minecraft is a horror game in disguise.“

“Ghasts and Enderman cries make me want to turn off my computer since they are so morbid. Just walking though the nether and you hear a demented cat scream, or when you accidentally look at an Enderman, you know you’re dead. Or when you click on a zombie pigman by mistake. This is why I play on peaceful.”

Yep, you can keep your AAA horror games. I’m sticking with Minecraft this Halloween.