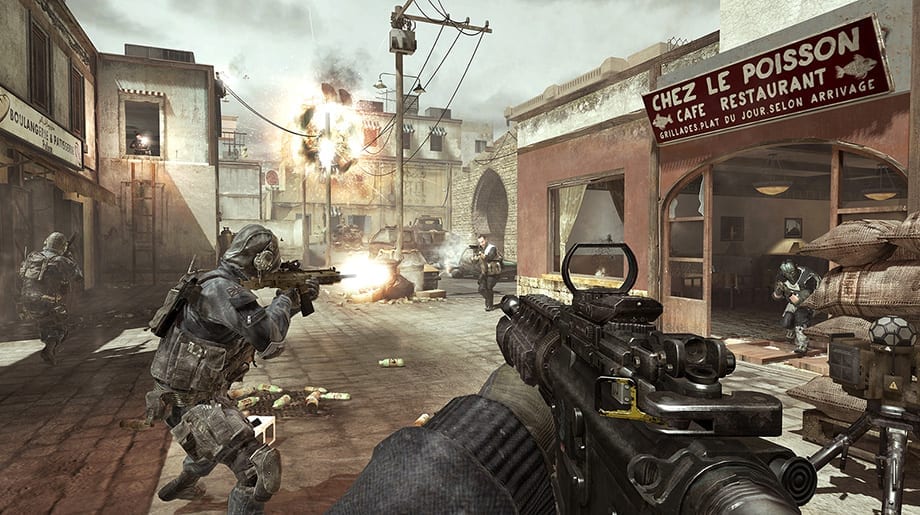 We all know that Call of Duty is one of the most lucrative and successful video game franchises of all time, but sometimes you just need to see it in a list format to really get the point across.

Business Insider has compiled a list of the ten best-selling games of the last 25 years, and it’s thoroughly riveting stuff – especially when it comes to just how darn popular the CoD games are.

The data comes from the NPD Group, which began tracking US video game sales data way back in 1995.

The best-selling title is, unsurprisingly, Grand Theft Auto 5. The Rockstar Games classic is still appearing on weekly best-selling lists, despite launching six whole years ago. In the US alone it’s sold more than 100 million copies.

The list then takes a bit of a CoD break, with – surprisingly – Guitar Hero 3, which is apparently the fifth best-selling game in the US.

Taking the sixth spot is another Activision classic, Call of Duty: Modern Warfare 2. This is followed up with WiiFit at number seven, and Call of Duty: Black Ops 3 at number eight.

The list is topped off with Rock Band being the ninth-biggest seller, and finally, Call of Duty: Ghosts at number 10.

Yep, of the ten best-selling games in the US over the past 25 years, six of them are Call of Duty titles. It’ll be interesting to see if the 2019 smash-hit, Call of Duty: Modern Warfare, will be making its way onto this list…