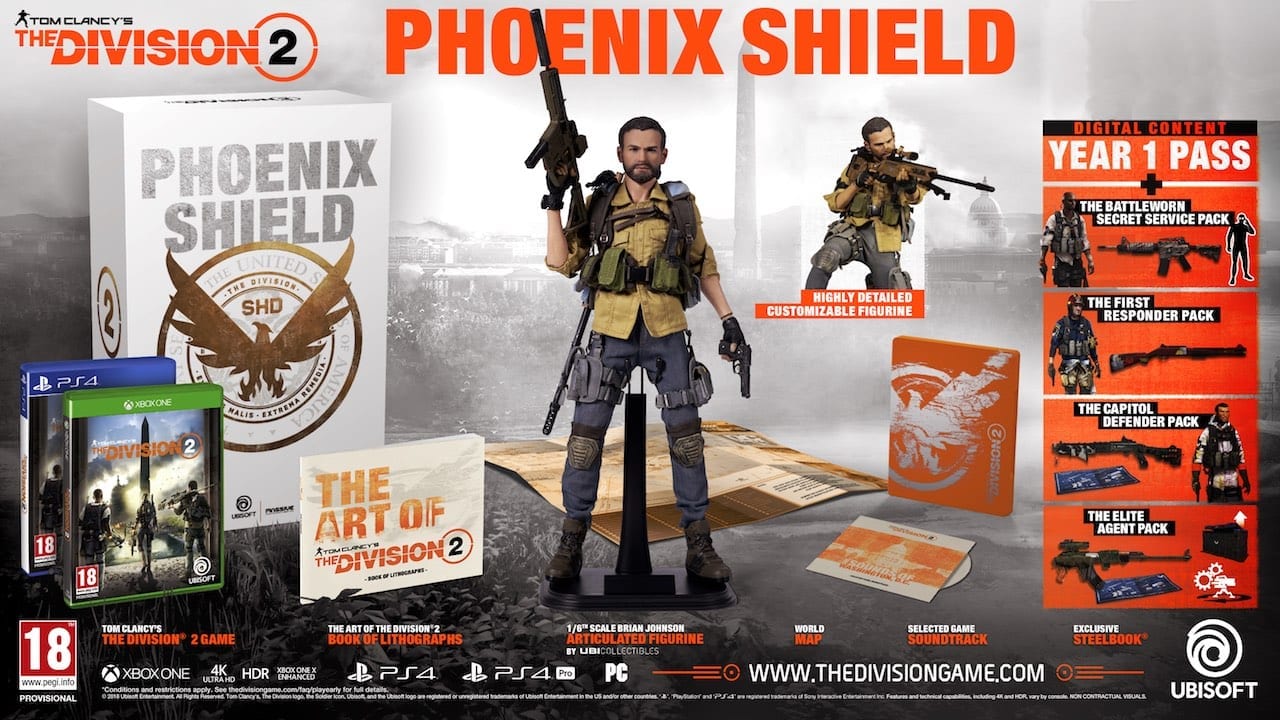 Tom Clancy’s The Division 2 has a lot of editions. When it comes to the collector’s editions though there are two main ones. The Dark Zone Collector’s Edition gets you a nifty 30cm high figurine of Heather Ward, a specialised agent from The Division 2. You then obviously get a copy of the game along with a map of Washington D.C., an Art book and a soundtrack of some of the game, along with some digital content too.

Although it’s quite a nice package the cream of the crop has to be the Phoenix Shield Edition. You get some of the same things as the Dark Zone Edition but it comes with a lot more digital content and a much more intriguing figurine. You can see us unbox it below, and see a full list of what’s included:

What do you think of The Division 2? Make sure to let us know.