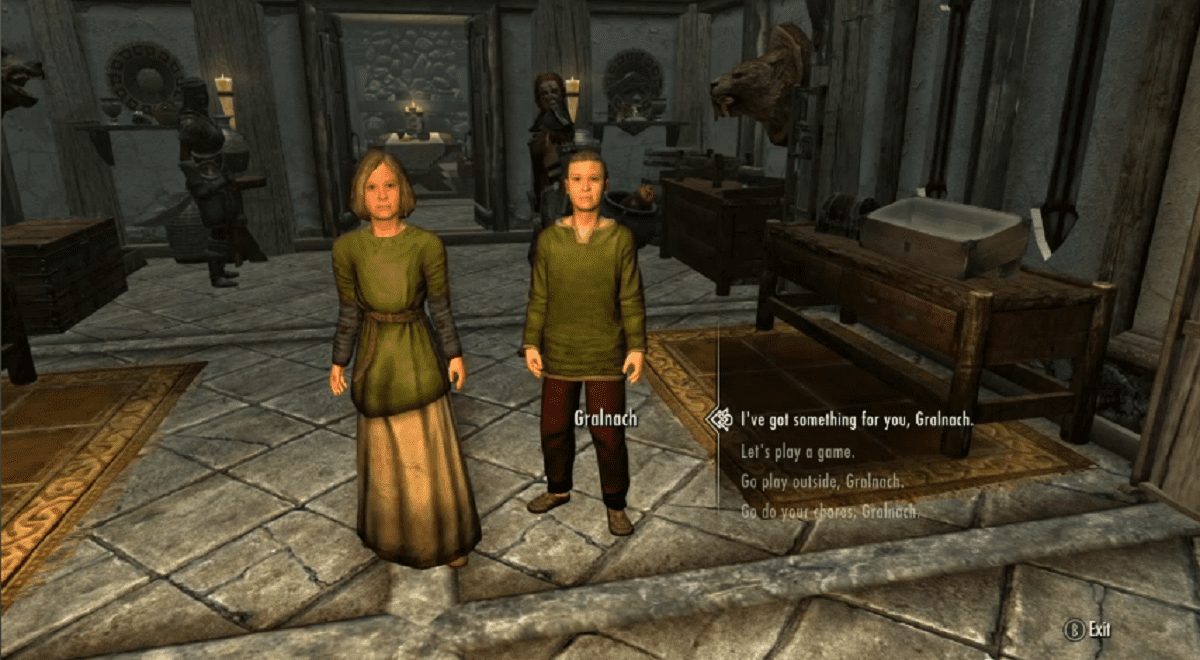 It’s a tale as old as time, like something out of an Ancient Greek tragedy. A son turns against his parent, with potentially deadly consequences. The main difference this time? It happened in Skyrim.

Thanks to Skyrim’s Hearthfire expansion, you can adopt a child and build a family home for them to live in. If you’re aiming to be a good parent you can play games with your new kid and even give them gifts. After what happened to this player, I’d advise sticking to dolls and jumpers – and steer clear of weapons.

According to reporting in GamesRadar, a Skyrim player was almost murdered by their adopted, virtual child with a dagger they’d given to them as a gift.

Reddit user r/Miserabell posted on the Skyrim subreddit about the near fatal gift giving incident:

While u/Miserabell had several iron daggers, they chose to give their child a Daedric Dagger of Petrifying.

This dagger deals twice the damage of an iron dagger and has a 25% chance of paralysing its target for six seconds. When Alesan swiped with the dagger, they grazed u/Miserabell and paralysed them. The kid continued to merrily practice his feints with the dagger, while his mother lay on the floor.

The comments underneath the video are full of dark humour. Users reported that with mods added to their games, their kids have done all sorts of terrifying behaviour – including hiring goons to beat up their in-game parent.

My favourite exchange was a player complaining that they weren’t able to give gifts to their adopted child, while another jokingly responded: “The game is protecting you from handing out dangerous weapons to the vengeful children of Skyrim.”

Moral of the day? Don’t give your kid a paralysing knife in Skyrim. You may be accidentally murdered.

Have you adopted a child in Skyrim? Have they ever done anything spooky? Let us know via our social media channels.