A YouTube video has revealed how one Habbo Hotel player made $200 a day by taking advantage of some of the online game’s now-defunct money-making exploits.

If you don’t remember Habbo Hotel, it was the infamous online game for kids that allowed you to connect with people all over the world. It was Club Penguin before Club Penguin was even born, and it was great, albeit controversial. I say “was” but apparently it’s still up and running. Who knew?!

In a YouTube video, posted last year by Warlord Xecc, the Habbo fanatic claims that some rare in-game items can be sold for “thousands.”

The video also goes into some detail about gambling in the game. You could take part in gambling activities which could double your bet – but the host could also ban you from the room and pocket your money when they lost.

Other money-making techniques included the “teleport scam,” and even transferring money between Habbo Hotel and Runescape.

The user says: “You might think what we did was immoral. But honestly, everyone else was out to scam you on Habbo anyway and we were just kids.”

So how do Habbo coins translate to IRL money? Well, Warlord Xecc says that even today, 1000 Habbo coins can sell for around $70, which might make them the next bitcoin (maybe).

Check out the video above, but please don’t try to scam people on Habbo Hotel. 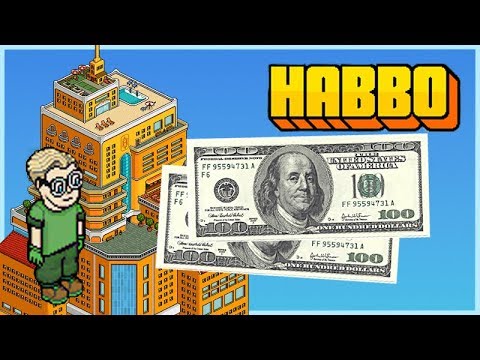 Honestly, I’m just impressed that Habbo Hotel is still up and running nearly 20 years after it first launched. The “child-friendly” online game became infamous for its sexual predators who would take advantage of the website’s very young community, creating a lot of notoriety for the game.

How the hell is Habbo Hotel still going?!

Following this, Habbo Hotel seemed to fall out of the limelight. Do you remember Habbo Hotel?