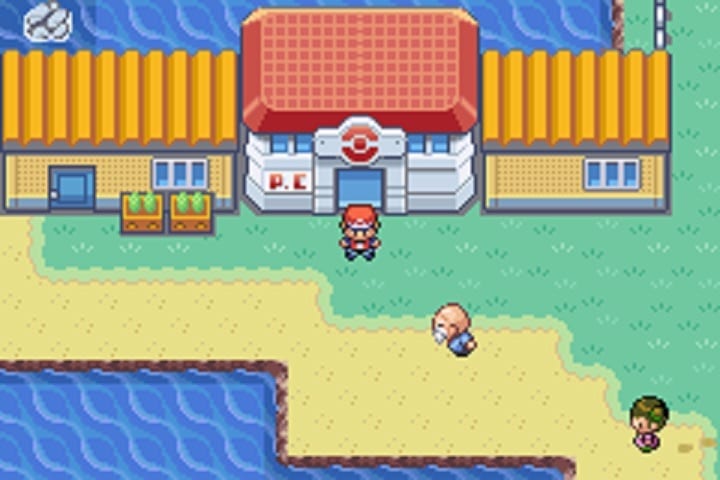 Pokémon fans are known for their devotion to the world of those strange and wonderful pocket monsters, and Reddit user party_in_my_head is no different.

party_in_my_head has found a very cool and exciting new way to breathe a little more life in classic Pokémon titles, Fire Red and Leaf Green, by creating a way to generate random maps in the game [via Dexerto].

Using assets from the GameBoy Advance titles, party_in_my_head‘s ambitious project will see the random generation of homes, trees, Pokecentres and other scenery to create an impressively varied way to play your favourite Pokémon titles.

Check out a screenshot of the work completed so far below!

Over on Reddit, party_in_my_head is remaining pretty quiet on the work.

Commenting on an update post about the project, party_in_my_head writes: “Added shores to my random pokemon map generator…

“For people asking, I will share the source code once the project is done.”

In terms of when the game might be playable with the random map generator, there’s unfortunately no hint of a timescale for completion.

Responding to a comment, party_in_my_head writes: “Currently I’m a little stuck on a stupid problem, which I have tried to solver for OVER A MONTH AND THE BUGS NEVER STOP. In conclusion I have no idea how long this will take, I’m sorry.”

It seems there’s more than just a few bugs with the project in its current form. On the Reddit post, one user joked: “Shoutout to the guy standing on the tree.”

party_in_my_head responded with: “Tried to fix that bug. I failed appearently…. Thanks for mentioning though.”

Check out the Reddit thread in full right here.

Would you like to play Pokémon Fire Red and Leaf Green with a random map generator?