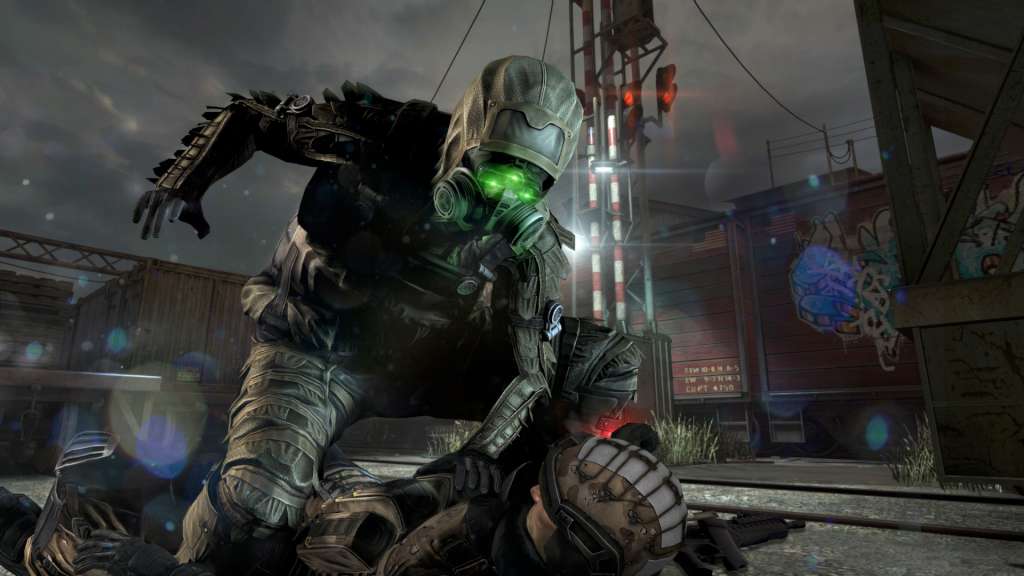 With the yearly E3 approaching, the months leading up to it are usually filled with intrigue, rumours, hear-say and leaks about what’s going to be announced and/or shown at the expo. Half of that is popycock and another third is absolute nonsense, but some parts of it are often true – such is the case with game listings. If one knows where to look anyway. 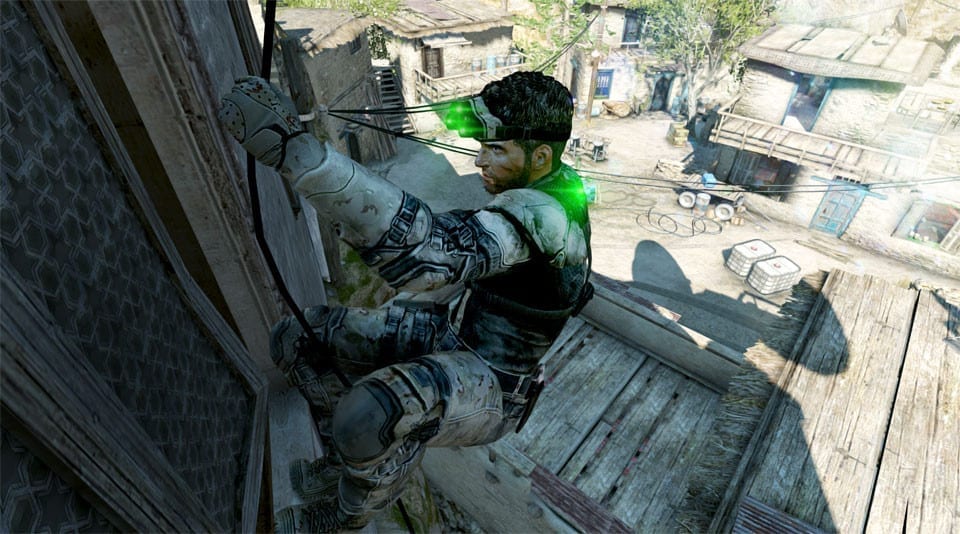 This was the case with Tom Clancy’s Splinter Cell 2018 in March – Ubisoft’s new title appeared on the Amazon retail website. Well, the Canadian version anyway. The listing has disappeared since then, but it has been confirmed with hard evidence – it really did pop up. 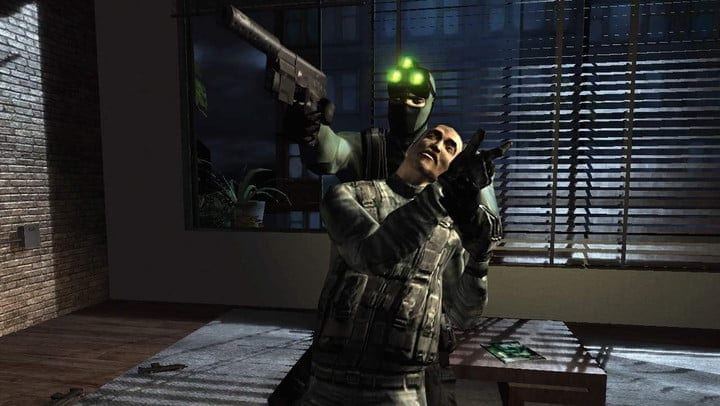 As with any retail listing of this kind, it’s often just a placeholder. This may be the case here – no actual release date was given, other than 2018. We do know that if and when the title does come out, it’ll be for PC, Xbox One and PS4. 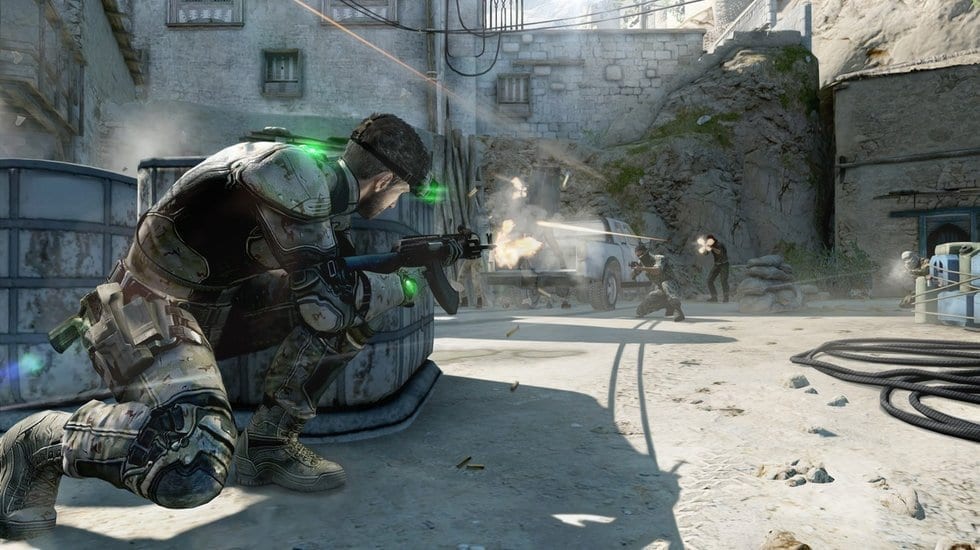 As for the development of the game – a release this year is technically possible, if the game has been under development for some time, but since these things have a habit of being found out by the public, that probably isn’t the case. More likely is a later release of 2019 or even 2020.

The reality of it won’t be known until the E3 in LA this June. If the game is happening any time soon, this is where we will all find out. The last time we heard rumours about a new Splinter Cell was after last year’s E3, when some folks at Ubisoft commented that they were well aware fans wanted a new game of the series. 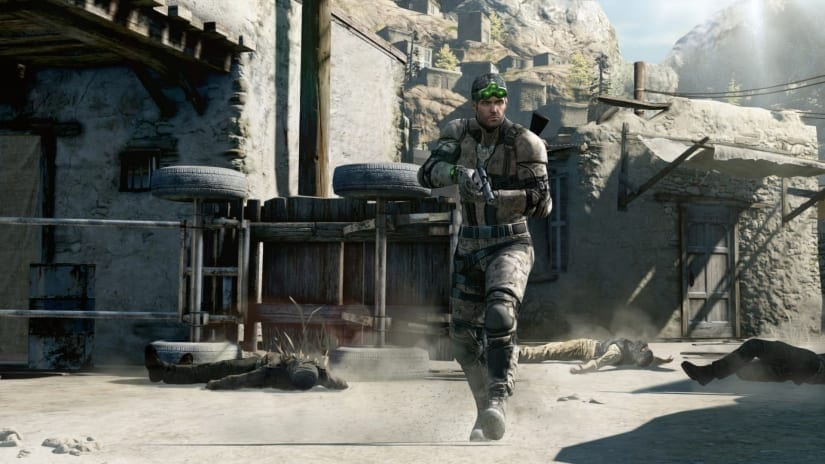 It quickly spawned tons of new rumours (because what the Internet needed is more rumours!) about when the game was happening, but with nothing concrete to go on, the Internet soon forgot. As much as the Internet forgets things anyway. Now, with the Canadian Amazon site briefly showing the new title, it’s no wonder it’s all back in force. 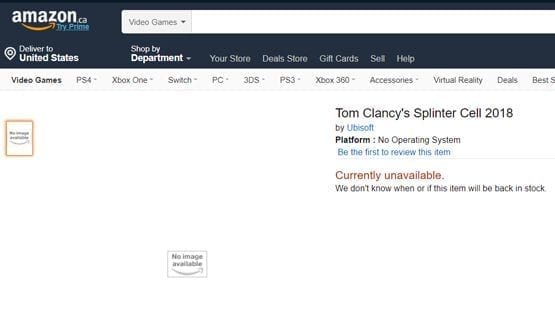 Why the Canadian site specifically, you may wonder? Well, there are several possibilities. The simplest one is an accident: Someone was setting up a posting and accidentally switched it to live in that particular store. Another possibility is a homage to the recent release of PUBG Mobile there – with no announcements, a mobile version of the popular PUBG cropped up in the Canadian (and later other) stores.

Then there is the common misconception that Ubisoft is a Canadian or American company – while they do have offices in Montreal, Canada, they are actually based in France. Specifically, in Montreuil, France. And yes, that’s pretty funny. What the actual reason for the Canadian store choice (if it was a choice) are unclear, that shouldn’t distract us from the real news here: A new Splinter Cell game is coming! 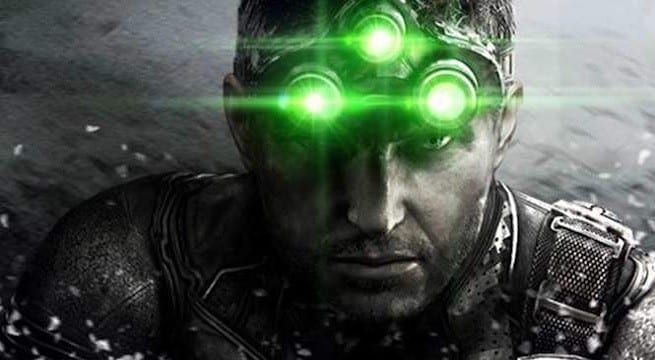 The last of the released games, Blacklist, came out in 2013, so it’d be high time for a new game. It would be right on schedule too – previous releases were all a few years apart (not counting 2006 which gave us two titles!). The original game was released in 2002, followed by half a dozen or so sequels, most of which received rather good reviews and comments. 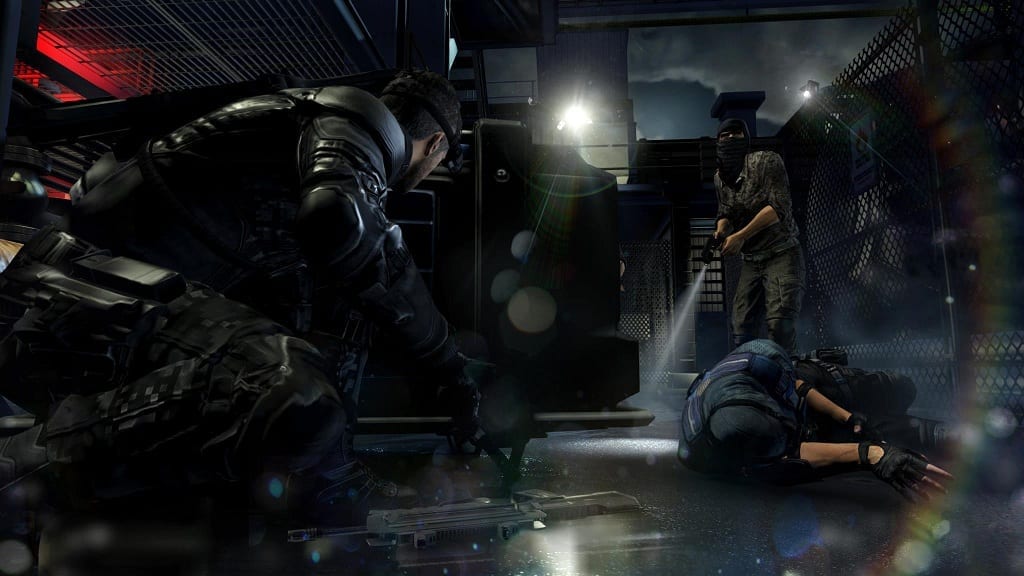 It’s also worth noting that quite a few of these games were created by one particular studio…you guessed, it Ubisoft Montreal. The Canadian one, not the French one.