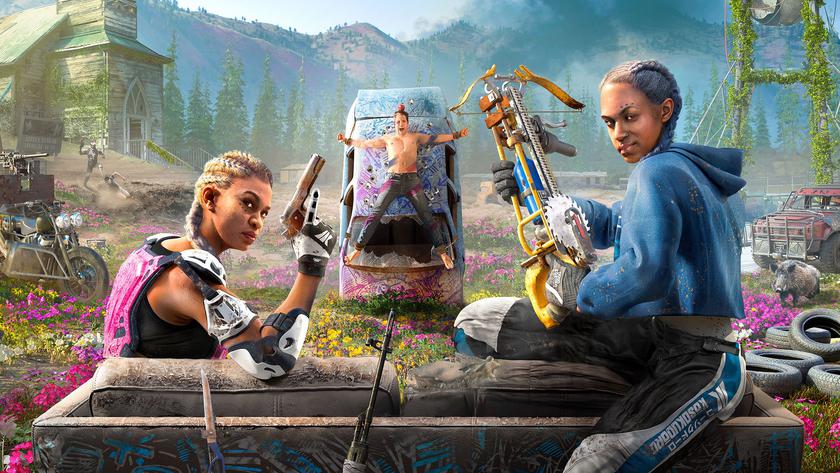 February brought us some fantastic games such as the Resident Evil 2 remake and Kingdom Hearts 3 to name but two.  Yet the Broketober roll keeps on spinning, because we’ve got another stacked month this February 2019.  Crackdown is finally coming Xbox One and PC (as long as we get no further delays), as well as Jump Force, Metro Exodus, Anthem and much more.  Often a rather quiet month, this February certainly brings a variety of quality games to look forward too, as well as the odd beta and DLC.

So without further ado, I’ll highlight just some of the top games arriving this February 2019 and as always, I’ll include the best of the rest at the bottom of this page.  Also please keep in mind that release dates can change in an instant and my differ depending on your region.

Crackdown 3 or just Crackdown as its now officially known was first announced at E3 back in 2014.  Since that announcement, it’s suffered multiple delays and many had feared that it had entered the dreaded game development limbo.  Well as it happens, the latest release date, February 15th is apparently the day it’s now meant to come out.  However, you can’t blame us if we’re still feeling at tad sceptical.  Set 10 years after the events of Crackdown 2, the world has lost its power source and the Agency is called back into action with Commander Jaxon, played by Terry Crews leading the charge.  Hopefully Crackdown will be a lot of chaotic fun and well worth the wait, if not; at least it stars Terry Crews.

Now I’m going to be very vague here, because I still haven’t finished Far Cry 5 yet.  Far Cry: New Dawn is set seventeen years after the kaboom’s of Far Cry 5, this is a colourful, vibrant, open-world playground, but is filled with crazy dangers that one would expect from the Far Cry series.  This entry doesn’t seem to be as wacky as Far Cry: Blood Dragon, but New Dawn does look to be a lot of fun indeed.

I’m not even particularly a fan of any of the franchises featured in Jump Force, but not even I can deny that this collision of popular worlds makes for an intriguing premise with all the potential of being one of the best fighting games to release this year.  Featuring a wealth of iconic characters from the likes of Dragon Ball, Bleach, Fist of the North Star, JoJo’s Bizarre Adventure, Naruto, One Piece, Saint Seiya, Yu-Gi-Oh! And much more!  Jump Force is widely expected to be a huge success for Bandai Namco.

The Metro series is somewhat of an under-appreciated series in my opinion, at least in terms of sales.  Granted they’re not the greatest games, but from a storytelling standpoint, there are not many games that have immersed me quite like the post-apocalyptic metro’s of mother Russia with protagonist Artyom at the forefront.  The previous two games went from strength to strength, building upon its storytelling and refined gameplay with a quite decent customisation mechanic feature and the sequel took us above ground for a proper exploration.  Now the third game builds upon everything that the first two games brought, only this time we have an open-world mission approach and an even more beautifully detailed world.  However, will the third instalment generate the kind of sales figures that the series perhaps deserves?  Only time will tell.

Since the original Destiny took the shared-world shooter gaming world by storm, other big publishers such as Ubisoft and EA have been trying to get a piece of that pie.  However, this February comes the turn of EA with Anthem, developed by the creators of the Mass Effect series, BioWare.  This third-person shooter will see players assume control of the Freelancers, who have left their homelands to explore the vast worlds of the solar system.  However, they will soon discover that they have signed-up for me then they have bargained for.  Anthem sure looks like it should be a lot of fun flying around in the exo-suits known as Javelins that make you feel like Marvel’s Iron Man!  As long as Anthem doesn’t get off to a rocky start and if they can keep their player base hooked, this could very well be the next big game for years to come. 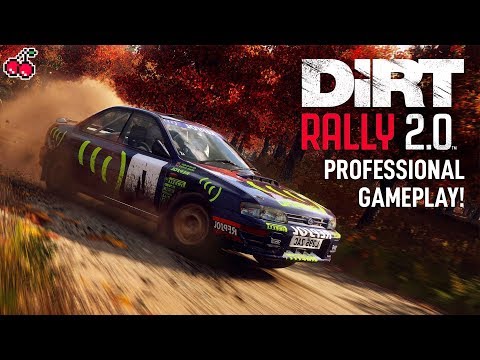 I admit, I really suck at the DiRT Rally games, ever since the first incarnation with Colin McRae on the original PlayStation way back in 1998, it’s crazy that in one form or another, this awesome Codemasters title continues to go from strength to strength.  DiRT Rally 2.0 promises more official licensed championships and cars then its previous instalment, as well as a more user created experience from fine tuning, to circuit tracks and more.  All of this while looking and playing better than ever before!  The chances are that I’m still going to suck at DiRT Rally 2.0, but this is a game I can’t wait to suck at!

Talk about a series that I suck at, but I still continue to have more fun with each and every release.  This 2.5D, physics based motorcross game will test even the most skilled of players, but it will also welcome casual players with open arms offering its fun and rather addictive gameplay, as you navigate through the craziest of courses, both from the developers and those created by the community.  Whether you play on your lonesome or against other online players, you’re no doubt going to have a blast with Trials Rising.  I for one cannot wait to pick this up on the Nintendo Switch.

Well that concludes my highlights for this coming February 2019, below you’ll also find the best of the rest.  Finally, be sure to let us know what you’re looking forward to across our social media channels.