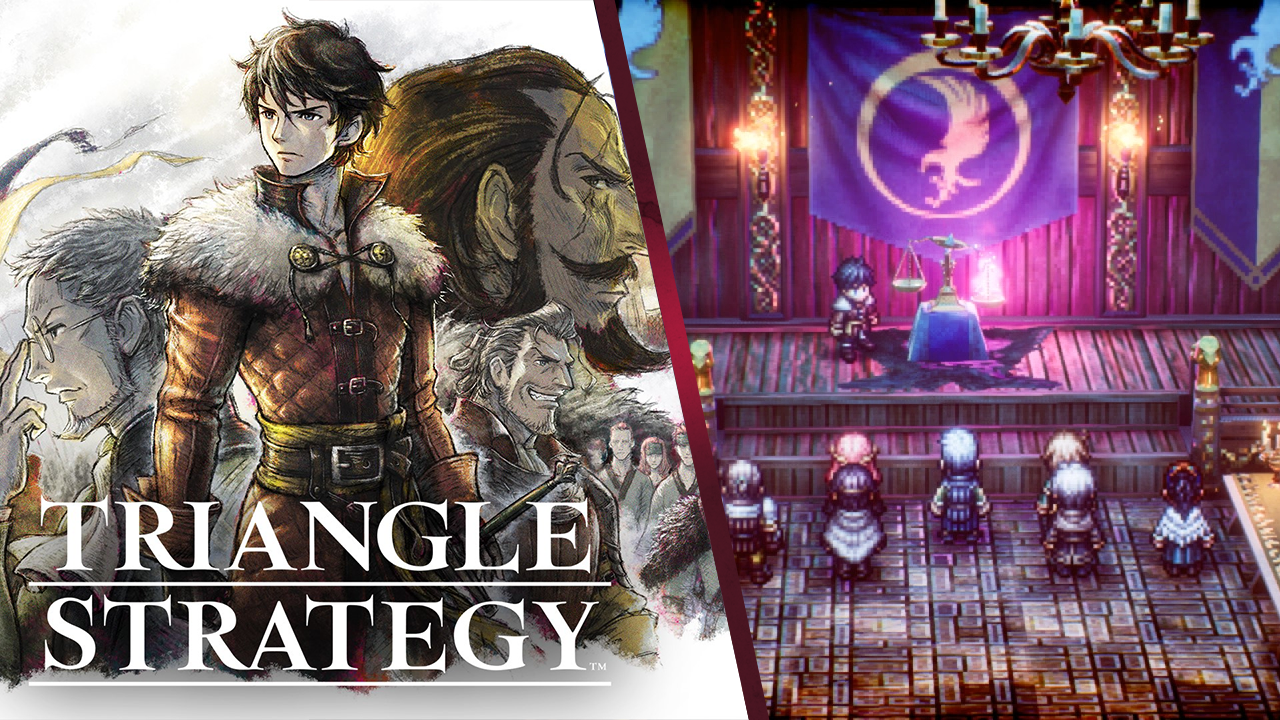 From the developers of the critically acclaimed Bravely Default and Octopath Traveller, comes Triangle Strategy. First announced as Project Triangle Strategy during a Nintendo direct a year ago, you’ll at last be able to engage in this deep, branching story, but just with a slightly shorter name. At the GameByte Shop, you can still buy Triangle Strategy from only £43.95.

What is Triangle strategy?

In the latest of Square Enix’s beautiful HD-2D adventures, you’ll take command of a mighty group of warriors as Serenoa, heir of House Wolffort. In the mighty realm of Norzelia, mighty powers are in constant feuds over resources – eventually escalating into a bloody conflict.

Long after the land thought peace was achieved, it is soon shattered. Leading your valiant heroes, you’ll be tangled plot of utility, morality, and liberty. Through the Scales of Conviction, the choices you make influence both the world and the story that unfolds – making you the bringer of hope or certain doom.

Then, there’s the combat. You’ll control a plethora of multi-tiered battlefields in which you’ll need to strategically secure victory. Using your companion’s various magical and combat skills, you’ll need to utilise everything at your disposal – taking everything in the battlefield’s environment into consideration, as well as your comrades?.

What strengths and weaknesses do each of your allies have? Which attacks will be best against the foes at hand? Should I strike will spells or fire arrows from a safe distance? All of these questions are key in tipping the tide of combat in your favour.

Where can I buy Triangle Strategy?

Triangle Strategy is available to buy on Nintendo Switch at the GameByte Shop for only £43.95. If you want to try before you buy, you can actually download the demo from the Nintendo eShop, letting you start the game and play the first 3 chapters.

Although, the value for your money doesn’t end there when it comes to the GameByte Shop. When ordering, you’ll also be able to sign up to our GameByte Loyalty Scheme: earning you points for every £1 you spend, which you can later redeem for massive discounts.

Have you picked up Triangle Strategy? Or will you be picking up another game this weekend? In fact, Gran Turismo 7 is out now on the same day! Let us know across our socials, like our Discord or our Twitter.