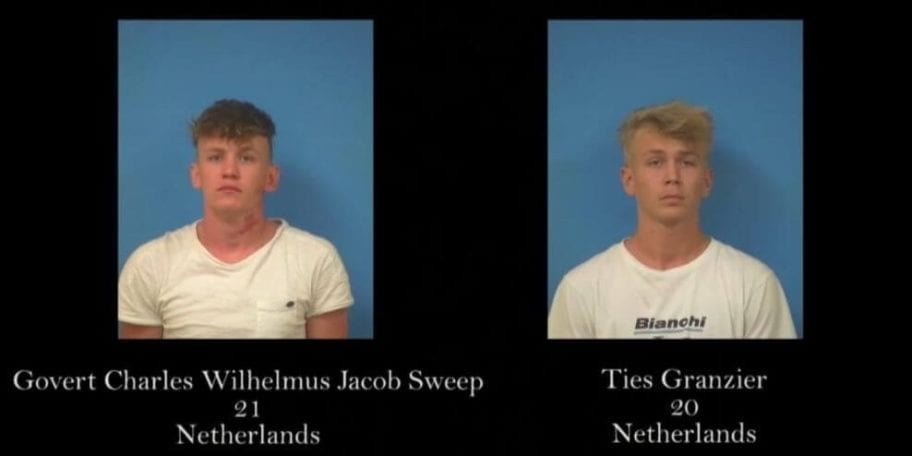 Two YouTuber content creators have reportedly been arrested for trespassing within the government-restricted Area 5 following the viral meme [via The Daily Beast].

For a while now, a meme has been doing the rounds in the form of a Facebook events page that wants people to storm Area 51 in order to prove the existence of aliens.

20-year-old Dutch YouTuber Ties Granzier and and 21-year-old Govert Charles Wilhelmus Jacob Sweep (who has more than 300,000 YouTube subscribers) were arrested after they were found allegedly trespassing on Nevada National Security Site property, close to Area 51.

The Nye County Sheriff’s Office said it received a call about two foreign nationals on the Security Site property and found 20-year-old Granzier and 21-year-old Govert Charles Wilhelmus Jacob Sweep in a car about three miles into the site.

Granzier and Sweep reportedly told police at the time that they could understand and read English, though they had chosen to ignore the site’s “Do Not Enter” signs because they wanted to look at the facility.

Police reportedly found cameras and a drone inside the car—along with footage taken from the site and the two were subsequently booked into the Nye County Detention Center after Granzier admitted he was a YouTuber.

Granzier also allegedly allowed police to view the video footage he had already taken before they were arrested and booked into the Nye County jail.

Back in July when the Area 51 meme first started to gain traction, Air Force spokesperson Laura McAndrews released a warning regarding the event [via Independent].

She said: “[Area 51] is an open training range for the US Air Force, and we would discourage anyone from trying to come into the area where we train American armed forces.”

She added: “The US Air Force always stands ready to protect America and its assets.”