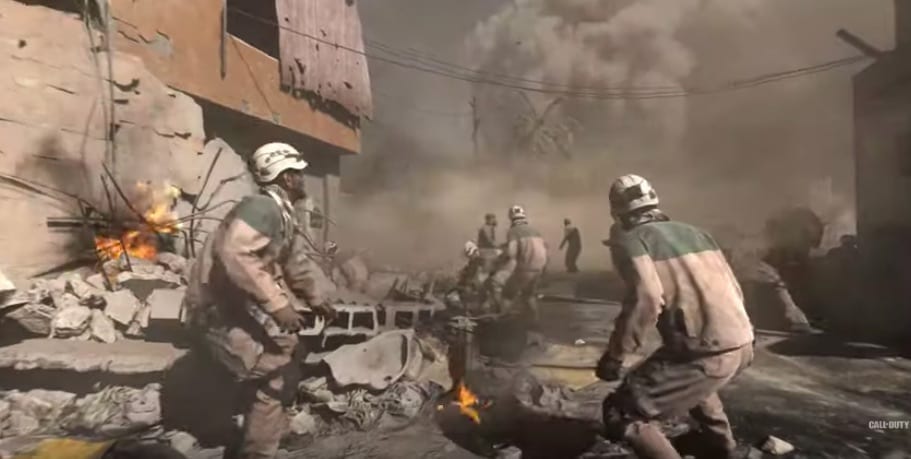 Call of Duty: Modern Warfare hasn’t even been out for a week yet, but already players are showing off their amazing skills all over social media.

One user in particular has wowed gamers across the world by snagging a seriously impressive 11 melee kills in less than 30 seconds.

The feat, which player ESTCrissGaming accomplishes with just a knife, has racked up a huge 9k likes on Twitter at the time of writing, with thousands of people enjoy the short clip of the success.

ESTCrissGaming is able to get the drop on a pretty huge group of players on top of a tower, and manages to take them all out even after getting spotted. Prepare to be amazed and check out the snipped in the tweet below [via ComicBook].

Spotted by the official Call of Duty Twitter account, the video has since been dubbed the “Knifel Tower.” Geddit?

Although the latest Call of Duty has been met with a lot of praise, it’s also found itself in the middle of a number of controversies.

The game has been accused of rewriting the controversial 1991 Highway of Death attack during the Gulf War, an event which saw soldiers from the US, Canada, Britain, and France kill more than 350 soldiers.

In Modern Warfare, the Highway of Death attack isn’t committed against the Russians, but by the Russians, essentially changing how the US is depicted. Of course, people have been left pretty upset by this, with many accusing the game of being anti-Russian propaganda.

In protest, the game is currently getting review bombed on Metacritic.

Have you been playing Call of Duty: Modern Warfare?