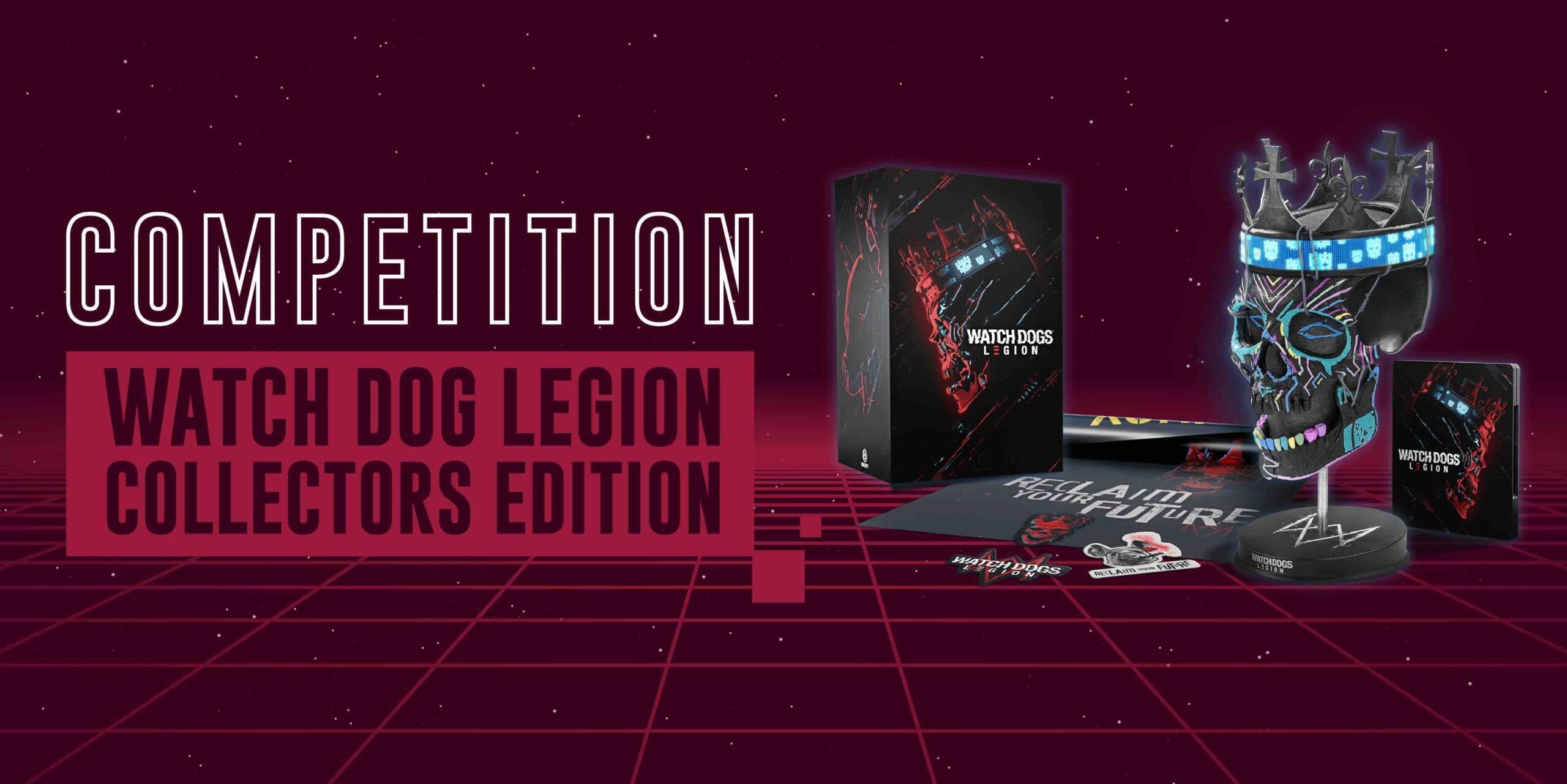 Ubisoft’s Watch Dogs: Legion has you causing havoc as literally anyone you like in a futuristic London, UK. Improving on previous games in the serious both in scale and in zaniness, Watch Dogs: Legion will turn you into a pro hacker in no time at all.

The Watch Dogs: Legion Collector’s Edition is one of the hardest-to-find CEs of 2020, having been exclusive to the Ubisoft Store and being sold out at the time of writing.

So what comes in the Watch Dogs: Legion Collector’s Edition, I hear you cry? Ubisoft breaks it down as follows:

PHYSICAL CONTENT
• The Ubicollectibles® Ded Coronet Mask Replica with its blue LED crown (height: 38cm). Click the switch to light up the model. Works with two AAA batteries (included).
• The Ultimate Edition of Watch Dogs: Legion. Available as a digital download on PC.
• The Ubisoft Store exclusive Steelbook® with an iconic design inspired by in-game masks.
• Two propaganda posters from DedSec and Albion .
• A set of three exclusive stickers (136 x 171.4mm each).

Enjoy new ways to play the game with the Season Pass:
• One major expansion with two episodes: Revisit old friends and meet new heroes in an exciting story campaign
• Play as four new unique playable heroes, in Watch Dogs: Legion, with impactful new abilities.
• Three Extra DedSec missions to extend your experience in Watch Dogs: Legion.
• The DedSec Car skin to customise your vehicles, available at launch.
• The original game Watch Dogs: Complete Edition, available at launch. Experience the phenomenon game of 2014 – with the biggest edition ever! As Aiden Pearce, a brilliant hacker, turn Chicago into the ultimate weapon in your quest for revenge. This edition of the game includes the Season Pass, access to a new game mode, weapons, outfits, missions and the opportunity to play as T-Bone, the legendary hacker in a brand new campaign!

ULTIMATE PACK
Hack, infiltrate and fight your way to a liberated London with the Ultimate Pack including:
• The Urban Jungle Pack: includes three new characters: Lynx, Leopard, and Viper, as well as their animal-inspired masks and outfits.
• Receive 4 Weeks of VIP status** to earn in-game currency faster.
• The London Dissident Pack: unlock three new masks to lead your resistance with style; the Sapphire Guard mask, the Cardboard Cyborg mask, and the Distortion mask.

DED CORONET MASK
• Get instant access to the Ded Coronet mask in-game to terrify your enemies.

Want to be in with a chance to win your own Watch Dogs: Legion Collector’s Edition on Xbox or PlayStation 4? We have 2 of each to give away so there will be 4 winners in total! All you need to do is sign up to the GameByte newsletter and make sure you fill in the form at the top of the page for this competition. It’s that simple!