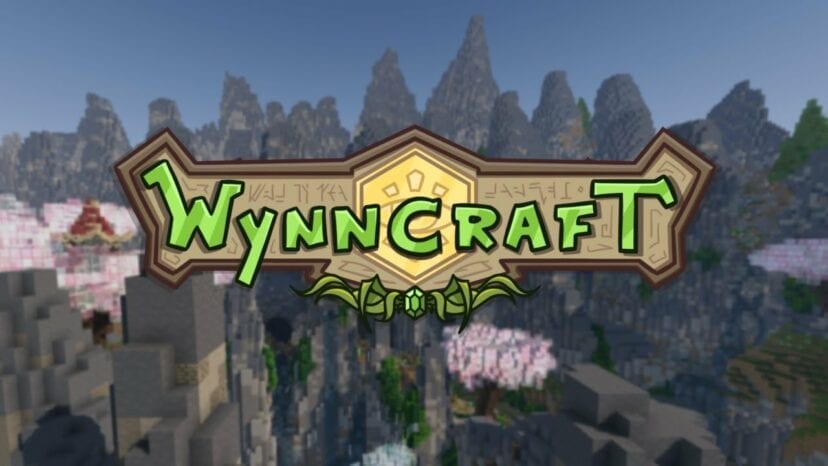 Minecraft is still as relevant now as is was when it released ten years ago, and one of the things that consistently keeps players returning is the limitless possibilities offered by the game.

Even if you think you’ve seen it all with Minecraft, you’re almost guaranteed to discover something new, something weird and something wonderful to keep you occupied all over again.

Though it’s a very familiar name to hardcore players of Minecraft, not everyone out there has heard of Wynncraft, though it’s definitely a name you need to familiarise yourself with.

Wynncraft is a fully operational MMORPG created over a six-year period by a group of devoted Minecrafters.

According to its website, Wynncraft has a player base of of over two million, proving that this isn’t just a way to play Minecraft, but is almost a whole new game in itself.

The game’s official description reads: “Start your journey from humble beginnings in the Wynn province and explore one of the biggest and most detailed custom maps in Minecraft. Play alongside your friends to gain experience and fall into the immersive world of Wynncraft to become the strongest warrior across the 4 expansive provinces!”

It uses no mods, is free to play, and all it requires for you to jump into the action is the base Minecraft game. To find out more about how to play, check out the Wynncraft website here.

On YouTube, one player describes the game saying: “People will think ‘The Minecraft MMORPG’ is an exaggeration, but it is really not. It is actually THAT good. It really is.”

Check out the most recent trailer for Wynncraft below!

With over 200 volunteers and Minecraft fanatics devoting their time to the project over its six-year lifespan, Wynncraft is a treat for all MMORPG lovers.

This Minecraft Arctic Mountain Has To Be Seen To Be Believed

Zelda Link’s Awakening Has Been Recreated In Minecraft