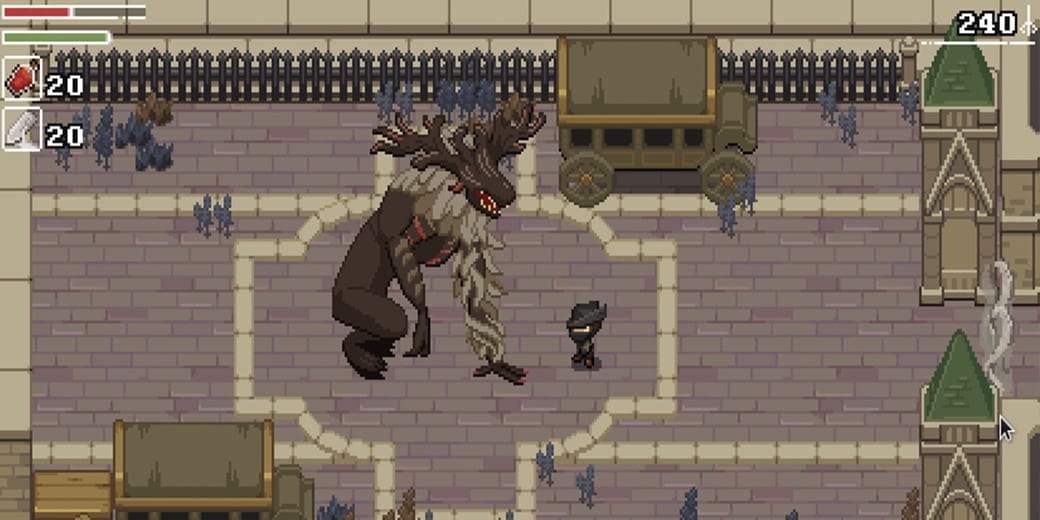 Though we still don’t know whether Bloodborne will ever get a sequel, we can at least relive the adventure in a whole new way thanks to developer Max Mraz. Mraz has created a Bloodborne-inspired tale which swaps-out the FromSoftware style and replaces it with something more akin to the classic Legend of Zelda games from the Super Nintendo.

The result is Yarntown, an impressively dark-yet-cute tale which is sure to delight fans of both games. As spotted by VG247, Yarntown is available to download for free, for both PC and Mac.

Over on the itch.io game’s official page, Mraz describes Yarntown as follows: “Welcome to Yarntown, a Zeldalike tribute to Bloodborne. Explore the streets of a cursed, gothic town, hunting beasts and uncovering twisted bosses.”

Check it out in action in the video below!

If you want to test out Yarntown for yourself, you can find it for free on itch.io. The game has received overwhelming praise from its many players so far, though a number of (small) bugs are still being found and fixed (you can also report those via the website).

One player commented: “Thank you so much for making this game, Max! I love how some of the sound effects are like LOZ. This game is better than many games I have paid for. It has a similar spooky feeling as Bloodborne. I jumped a couple times when enemies popped out unexpectedly. I would would pay for this and future games like others have said.”

As for the length of the project, one pro Bloodborne player commented that they completed it in just 15 minutes, but for a free download, what more do you want?

Have you tried out Yarntown? Let us know your thoughts on this awesome fan project over on our Twitter!