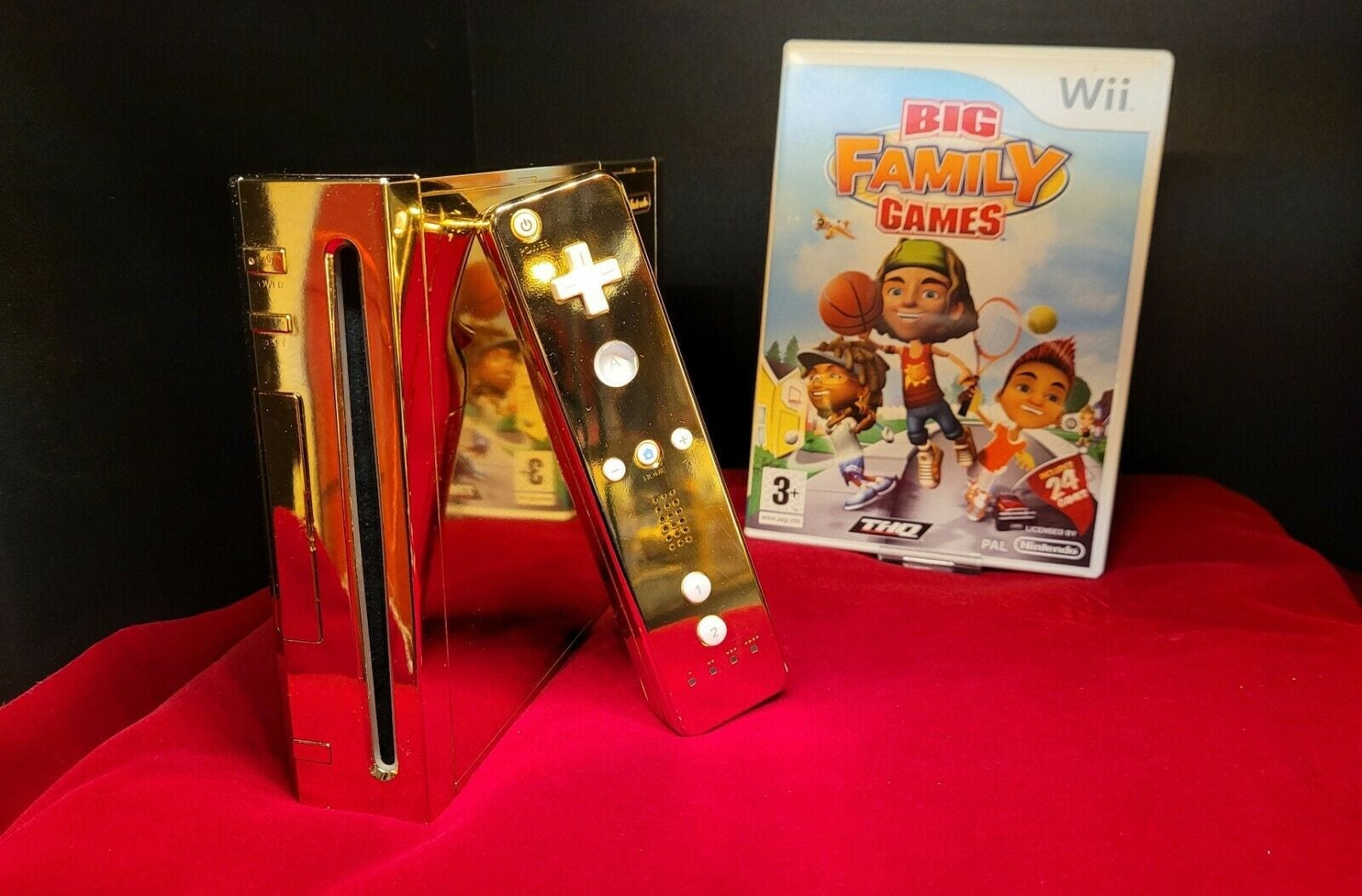 You can now buy the 24 karat gold-plated Nintendo Wii console that was made for Queen Elizabeth the second, thanks to an eBay listing [via Kotaku].

You may or may not remember that back in 2009, as part of a publicity stunt for a THQ-published party title called Big Family Games, a special golden Nintendo Wii was made.

The 24 karat gold-plated console was supposed to be delivered to Queen Elizabeth II, but for whatever reason, it never reached Her Majesty. Though the thought of the Queen playing a Wii party game is a joy to behold.

To be honest I’d never heard of Big Family Games before, which is probably why THQ went to such lengths to create such a grand publicity stunt. Though the publicity stunt was likely to be as costly as it was pointless.

In a 2019 documentary episode from People Make Games, it was revealed that, for security reasons, Buckingham Palace officials will not accept gifts, including 24 karat gold-plated consoles.

As the 24 karat gold-plated console never actually made its way to the Queen, it was thought that this legendary console was lost forever and never to be seen again. However, the console did make its way to an owner, that being collector Donny Fillerup of consolvariations.com.

According to Donny’s eBay listing for the 24 karat gold-plated Wii console, the collector is looking for a new home and is seizing the opportunity to make at least a mere $300,000 by selling the console.

The eBay listing states that the console is in good “working condition” but also has some wear likely due to it being 12 years old. You’ll have to be incredibly wealthy to buy this 24 karat gold-plated Wii console, but shipping only costs $1. Rejoice!

You can “Make an Offer” to skip the auction process, so this might be an opportunity to grab a bargain, plus it comes with a free red velvet pillow for display purposes!

Are you going to be making an offer for this luxurious 24 karat gold-plated Wii console? I have a few quid in my PayPal, so I might be able to make an offer of £6.47.