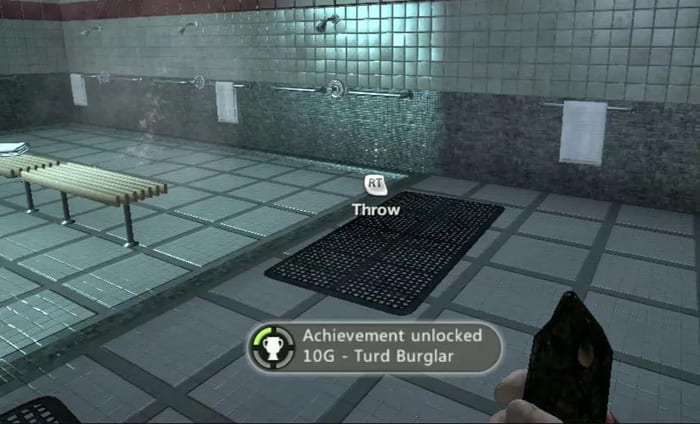 Achievements can be a great way to add more replayability to video games, but sometimes we have to question the creative decision behind some of these achievements.

Looking back, here are 15 of the strangest achievements we’ve seen in video games so far.

To get the Turd Burglar achievement in Duke Nukem Forever, you need to find a cubicle and take a search deep in the toilet.

In some cubicles, you’ll find a human poo you can pick up by pressing the ‘X’ button. Doing this will unlock the Turd Burglar achievement and award the player with 10 Gamerscore. At this point, you’ll be holding a poo in your hands, so you may as well take it to the next level. Go on, go fling it at the cubicle wall.

I Swear I Did It By Mistake – Lollipop Chainsaw

Lollipop Chainsaw doesn’t hide the fact that the protagonist is scantily dressed. If you adjust the camera angle to take a peek under the protagonist’s skirt, you’ll get an achievement called I Swear! I Did It By Mistake!

Chances are, you probably weren’t doing it by mistake, but if anybody asks, you were just doing it for the Gamerscore.

We’re not sure why developers seemed to be obsessed with adding poo jokes into video games, but here’s another example of it. 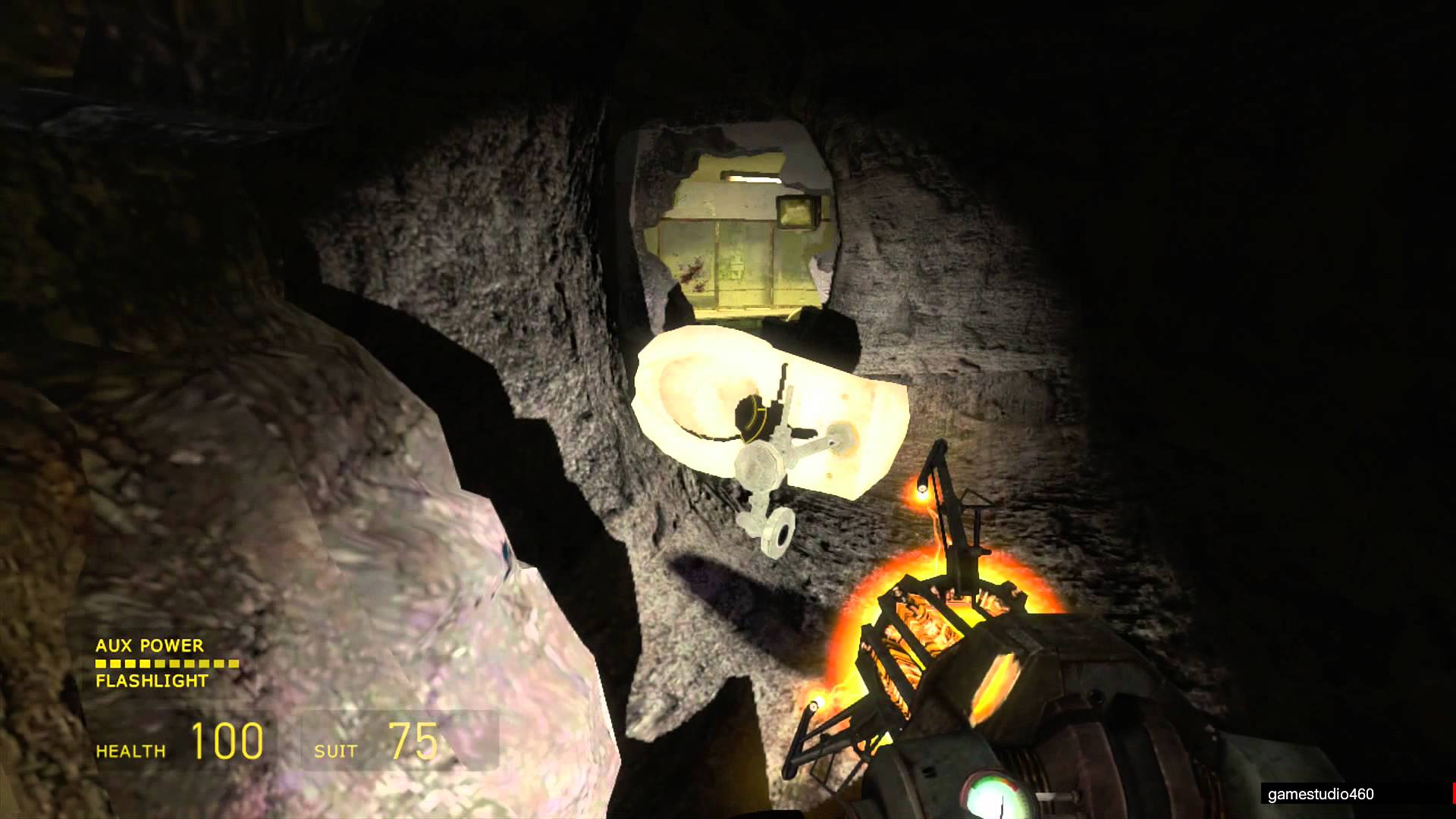 In The Orange Box, you can unlock the Flushed achievement by picking up a toilet and launching it at another person to kill them.

The Menace To Society – Fable II

The grounds for getting this achievement is downright hilarious. To get The Menace To Society achievement in Fable II, you need to perform sexual misconduct in public.

Whether that means stripping down to your underwear and hitting on women, or going up to a guard and performing a vulgar thrust in his face.

Go Get Some Sun – Call Of Duty: World At War

This achievement is as strange as it is depressing. Not only do you get 0 Gamerscore for it, but you have to work really hard to get it.

To unlock the ‘Go Get Some Sun’ achievement in Call Of Duty: World War II, you must reach 10th prestige.

This achievement isn’t that strange, it’s just a little twisted. To unlock the Dastardly achievement in Red Dead Redemption, you must find a lasso, hogtie a woman with it, take her on your horse and tier her to a train track. You won’t get the achievement until the woman is hit by an oncoming train.

Both a play on words and an attempt to make the player feel a little uncomfortable, the only way to get the Snake Beater achievement is to go to a locker on the Tanker level and use first person view to see a poster of a woman in her underwear.

Doing this will trigger a scene where Snake gets excited and calls Otacon much to Otacon’s dismay. After that, you’ll get the achievement.

Not only is this achievement strange, but it’s also very hard to accomplish. To get the Little Rocket Man achievement in Half Life 2: Episode Two, you have to find a small garden gnome prop early in the game and then carry it with you to the end of the game. 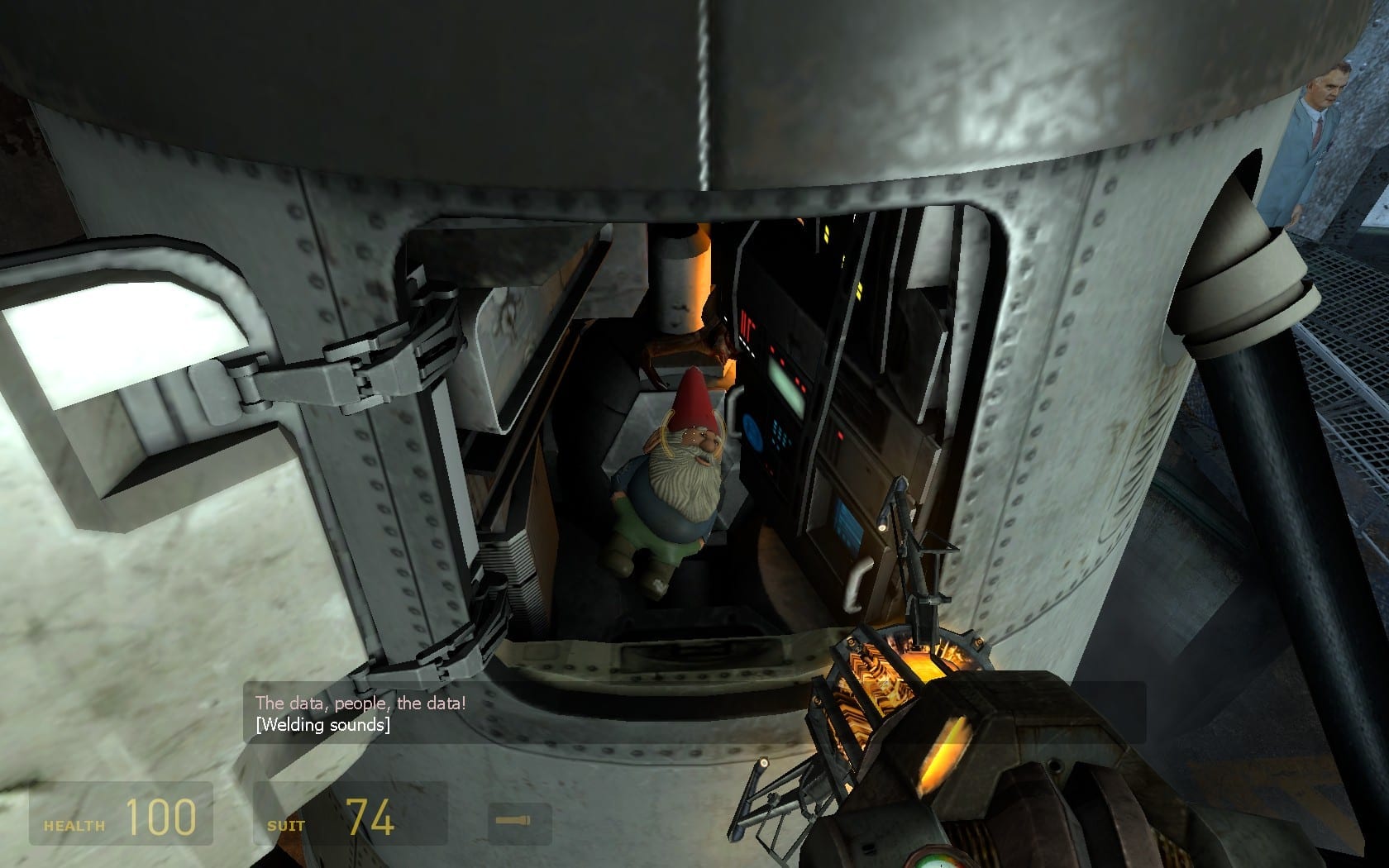 Later in the game, you’ll be able to place the garden gnome in a small spaceship hatch door. Once you close it, you’ll get the Little Rocket Man achievement.

Taking the garden gnome to the end of the game without losing him is surprisingly difficult. One of the hardest parts is during a car scene where you’re driving at full speed. If you’re not extremely careful, the gnome will fall out of the window and will be lost forever.

If you haven’t worked out already, we’re big fans of Valve’s humor. The Pit Boss achievement is awarded to players that listen to Wheatley just a little too intently.

Wheatley essentially tells the protagonist to jump into a big bottomless pit. He’s of course joking, but the game gives you the opportunity to do it anyway.

During Act 1 in the Middle East, Snake is sent to meet Otacon in an area called the Red Zone. Players must hide themselves in plain sight by pretending to be part of a statue.

To get the Handle with Caution achievement, you must press the triangle button to make Snake grab the statue’s genital area. If you keep repeating this, the genitals will eventually break off and you’ll get the achievement.

To get this achievement you need to die in Dark Souls 2. That’s all. Oh you’ve already got it? That was quick.

This next achievement is something that you’d think would take a long time to get, but it’s surprisingly easy. To get Welcome to 2047, you must press the ‘A’ button 2047 times in a single game.

Here’s another achievement in Fable 2 that requires you to be a big perv. To get The Paramour, you must make love with another person (or multiple other people) a total of 25 times.
Go Outside – The Stanley Parable

The Go Outside achievement actually rewards players for going outside. To get this achievement, you must stop playing The Stanley Parable and then come back to it in 5 years time.

Since the Stanley Parable came out in 2013, nobody is yet to legitimately earn it. Players have been able to earn it using workarounds, but we wonder if anybody will have the dedication to earn it fair and square. 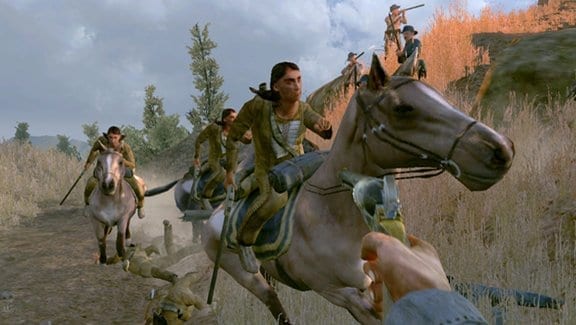 What makes the Horse Puncher achievement even weirder is that it gives the player 100 Gamerscore – that’s a massive amount of something that literally takes two seconds of your time. In fact, you can get it done on the first level.

What are your thoughts on these strange achievements? Do you remember getting any of these?