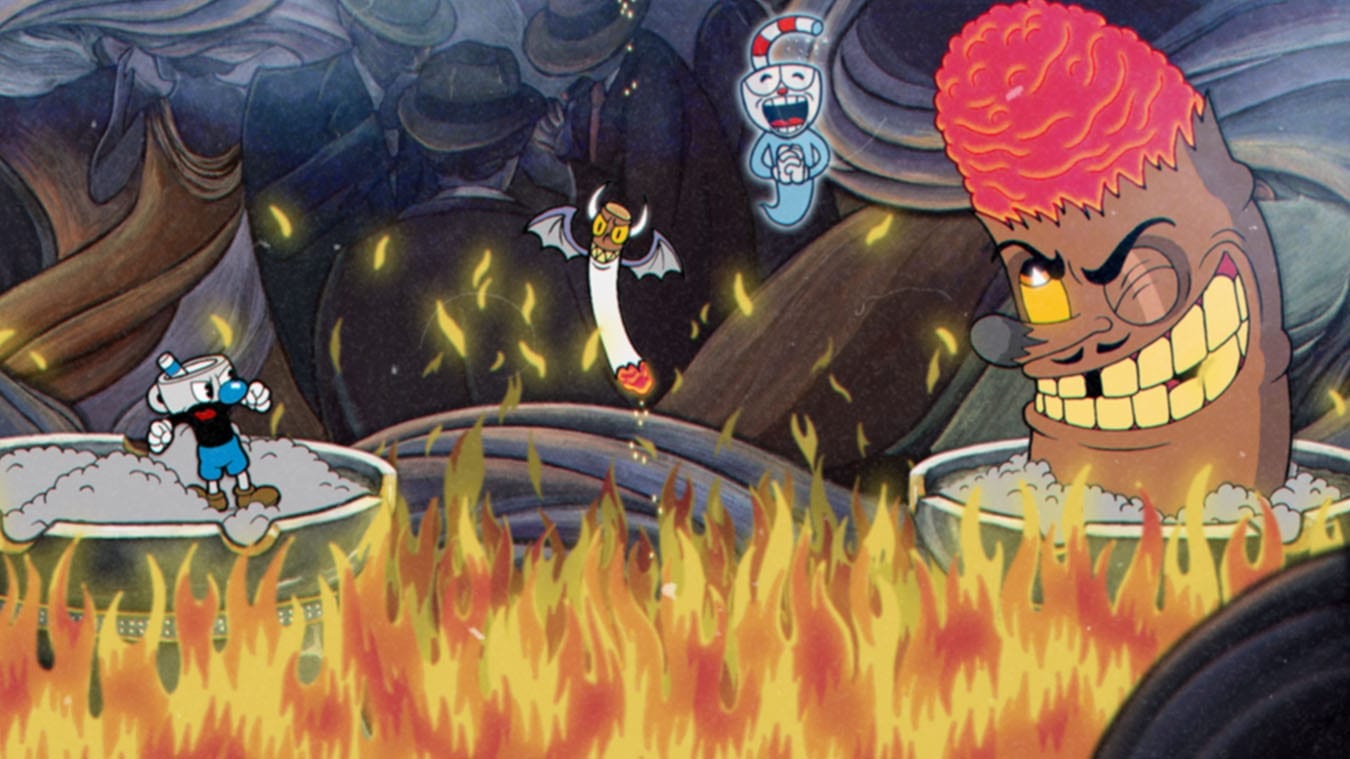 The success and fame that the Cuphead developers received this year essentially happened overnight, but the effort and passion they put into this game makes the Cuphead guys well deserving of the game’s success.

Take a look at 4 of the bosses that explain Cuphead’s insane difficult in the article below. 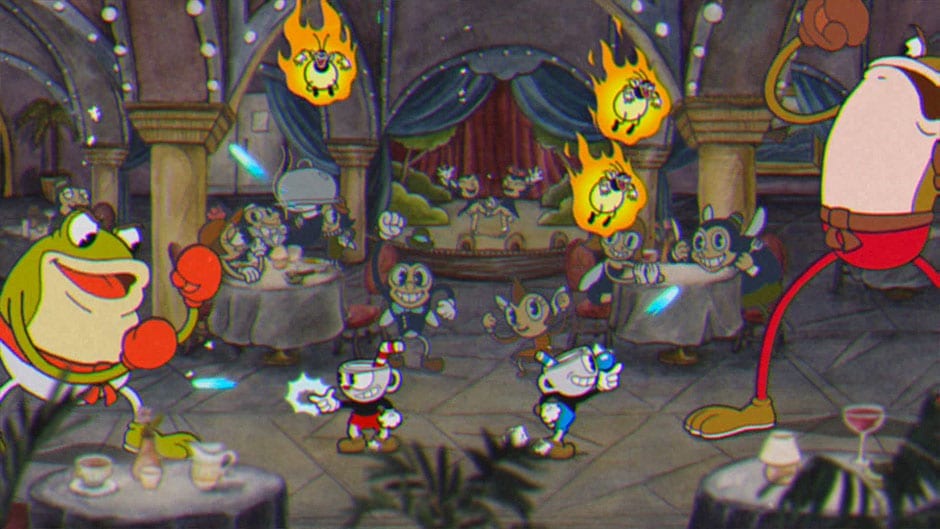 Cuphead is a side-scrolling indie video game with a unique vintage graphics style. In Cuphead, the objective is to go from location to location fighting different bosses.

Whilst similar games often offer platforming levels in between each boss fight, Cuphead puts a focus only on the boss fights. There are no non-boss levels, forcing players to fight against more difficult bosses each and every level.

Because Cuphead is only about fighting bosses, the developers had a lot of time to plan out challenging boss fights. The boss fights are perhaps some of the most challenging we’ve ever seen.

Why Is It So Popular?

Cuphead was developed by a relatively unknown indie video game developer. The team never expected the game to receive as much success as it did, but thanks to the power of the internet, the game has quickly become one of the most popular games this year.

It all started with a VentureBeat review of Cuphead. During a 26 minute video, Dean Takahashi of GamesBeat spent almost 3 minutes of that time stuck on the tutorial.

The tutorial made it very clear that the player had to jump over an obstacle, but Dean just couldn’t figure it out. The hilarity of that, mixed with the irony that Dean is supposed to be a video game journalist blew the video up and it quickly got flooded with views.

In GamesBeat’s defense, nobody else was available to visit Gamescom other than Dean, who’s a self-confessed terrible side-scrolling player.
However, this didn’t change the fact that Cuphead had blown up because of Dean’s fail, and this ultimately lead many players to realize just how challenging and impressive Cuphead was as a game.

Okay, with that out of the way, it’s time to look at the 4 toughest Cuphead bosses.

Ranking the difficulty of bosses on Cuphead is hard. Almost as hard as the bosses themselves. This is because whilst some players may find some bosses to be challenging, others may find the mechanics in that particular boss fight easier to deal with.

Everyone has their own Cuphead experience, so the bosses I’ve picked out are from my own experience. If you’ve played Cuphead, I’d love to hear your own opinions on the hardest Cuphead bosses and how it compares to mine. 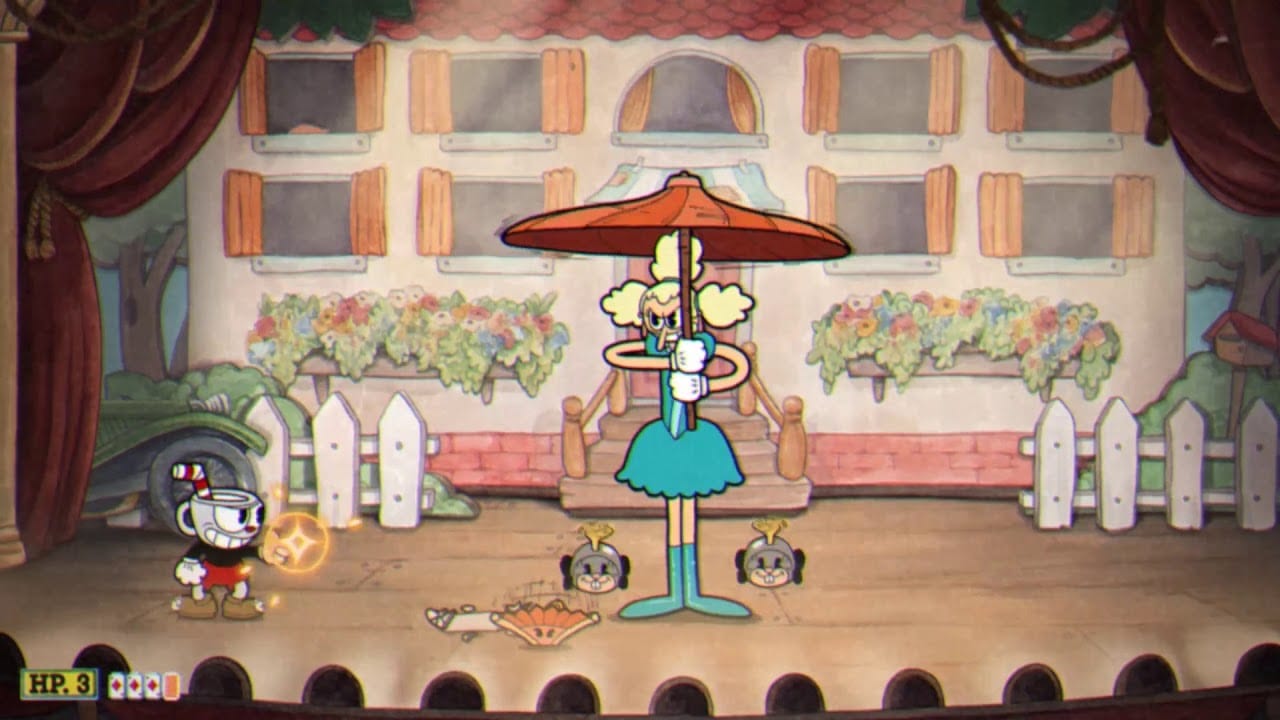 Sally Stageplay had a fairly basic number of attacks. It was quite easy to memorize them all, but ultimately it became difficult to deal with these attacks anyway. You had to constantly time your dodges and parries perfectly. If you mistimed them by just a second or dodged in the wrong direction, you’d be dead.

It turned out that Sally Stageplay was actually quite easy to deal with as soon as you started using the Smoke Bomb on her, but I, unfortunately, didn’t realize that to begin with. 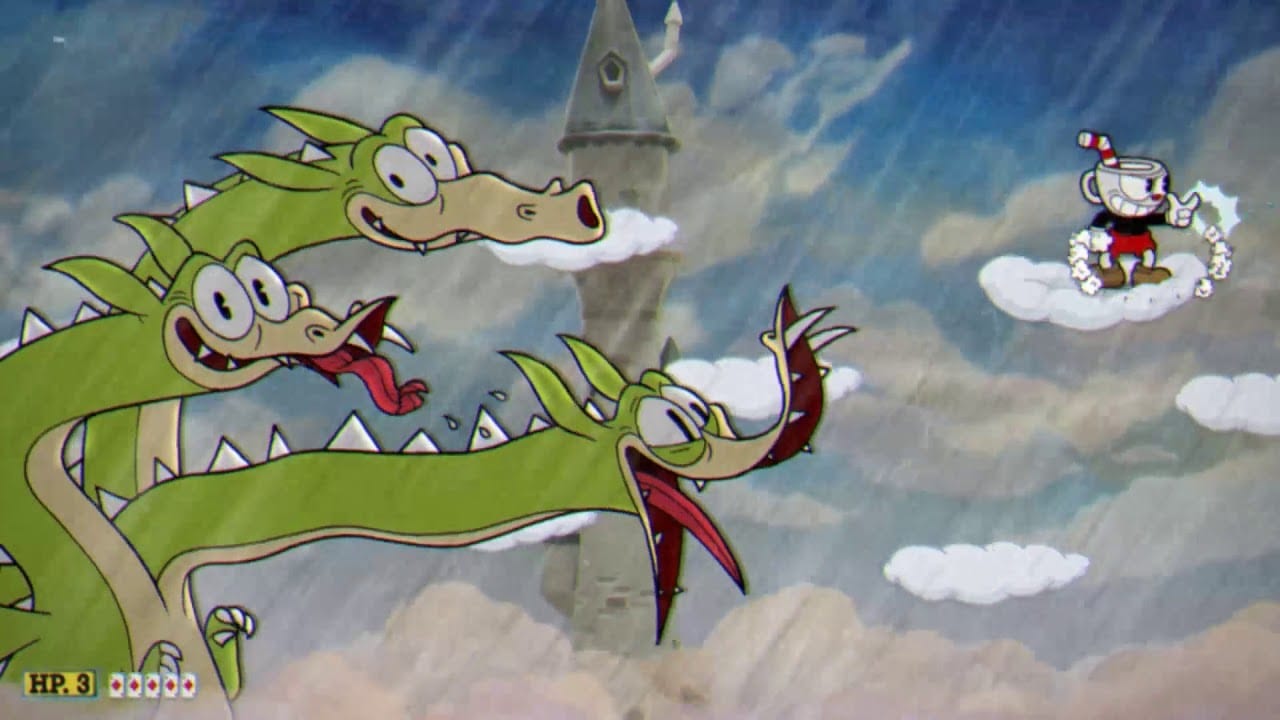 Grim Matchstick was a three-staged boss that punished you if you messed up whilst fighting the first two stages.

Initially, the first stages aren’t that difficult, but messing up meant you had to start from the beginning. Because the boss fight was so long, Cuphead gave players far too many opportunities to make a slip up that could cost them the game.

On stage one, you must jump between cloud platforms as the screen scrolls sideways. Essentially, all you have to do here is shoot at the dragon whilst dodging a few fireballs.

On the second stage, things started to get tough. The dragon extends its tongue and fireballs run along at it, jumping at you unpredictably. Trying to time the jumps to avoid the fireballs seems almost impossible because there’s no set pattern that the fireballs follow.

On the third stage, the dragon starts throwing more fireballs at you from different directions. The hard part here is that if you accidentally hit a fireball, they split into four separate pieces and speed across your screen. 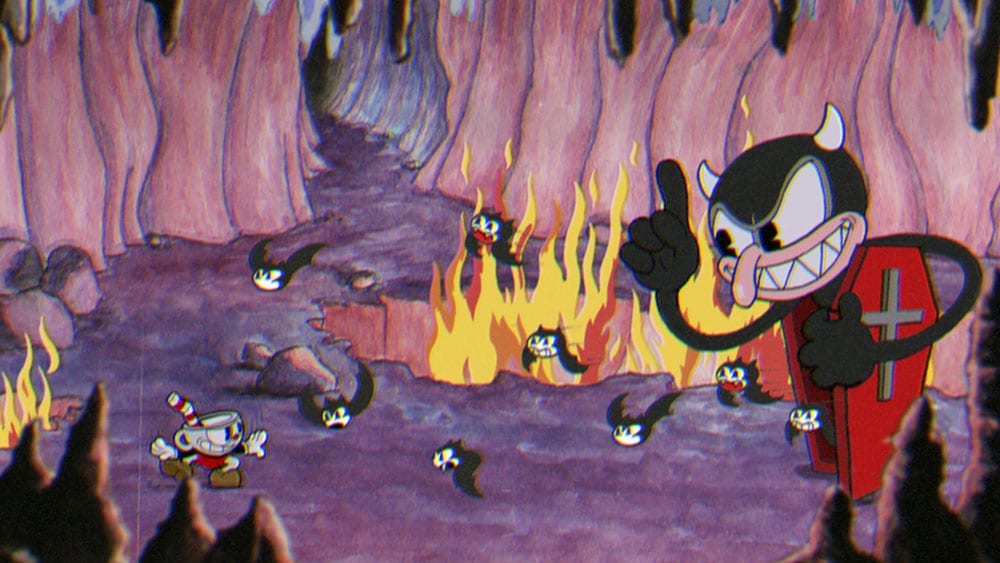 The thing with the boss fight against The Devil is that most of the stages of the boss are predictable.

You can remember each of its patterns and learn to master them one by one. This is something that you can’t do with other bosses, but what makes it so difficult is that there are so many parts of the fight to remember. 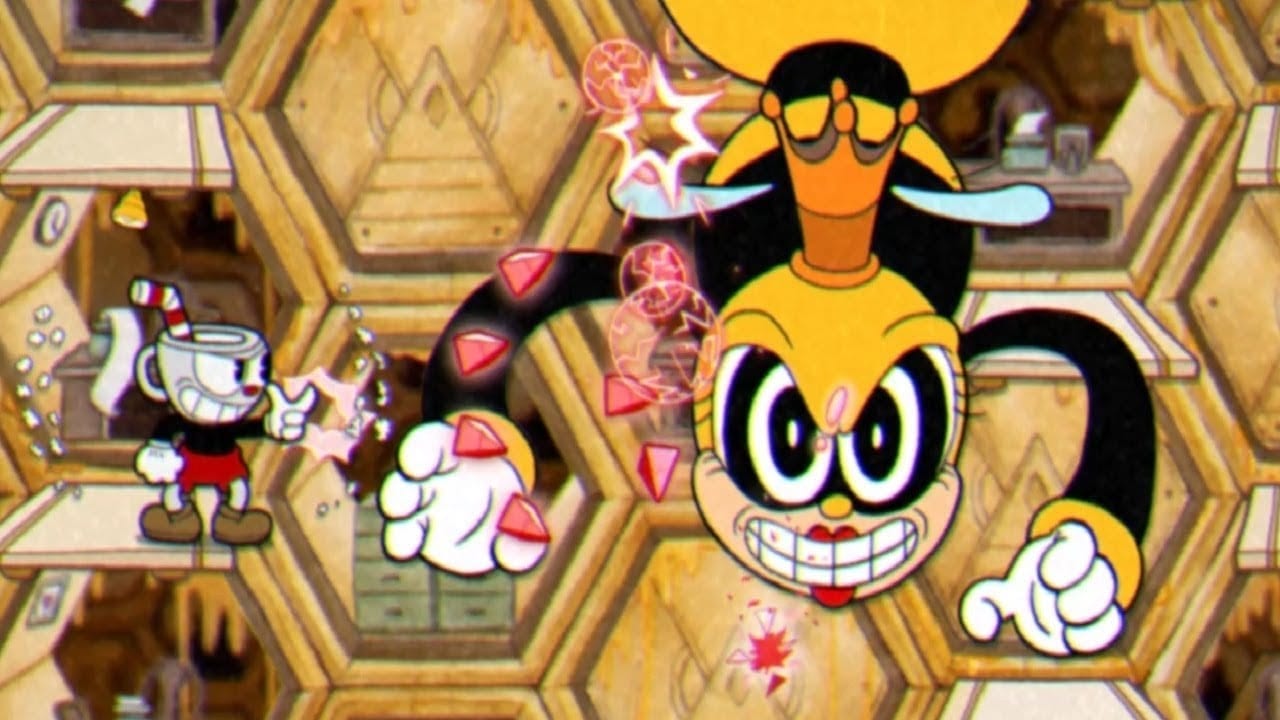 I absolutely hated Rumor Honeybottoms. She was one of those bosses that tested you in every way possible. If there was one element of gameplay you hadn’t quite mastered by the time you went up against Rumor Honeybottoms, she’d give you hell for it.

During the fight, you must constantly climb upwards as dangerous honey scrolls upwards at a fast pace. You must also dodge enemies whilst climbing.

Whilst jumping and dodging, you still have to put enough attention into Rumor Honeybottoms herself. She’ll constantly move location, launching attacks from her mouth. The attacks she fired were large bumblebees that took up a large portion of the screen and they didn’t just go in a straight line, either.

So that just about wraps it up! Are you brave enough to give Cuphead a try? I have to say, it’s one of the most challenging games I’ve gotten my hands on in recent years. It was frustrating at times. Actually, it was very frustrating. In the end, I have to say I really enjoyed playing through the game.