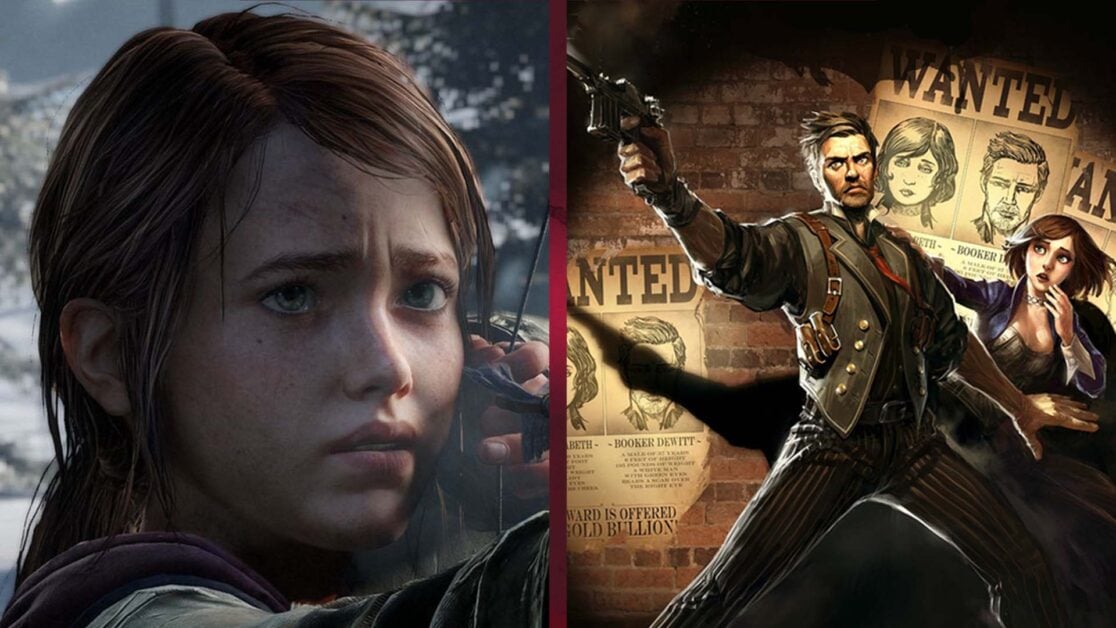 Given that we’re coming up to the busy game release season, it’s a miracle that anyone has the time to complete a game more than once. With that said, there are plenty of games out there that are even better on the second playthrough. In fact, I’d go as far as to say that, for some games, a second playthrough is required.

Here are five games that you should definitely make time for a second playthrough.

The Last Of Us: Part II

Naughty Dog released the sequel to The Last of Us last summer to a… mixed reception, shall we say. While praised critically for its nuanced characters, exceptional visuals and best-in-class combat gameplay, some fans felt stung by bold plot decisions.

Regardless of how you feel about The Last of Us: Part II, I’m adamant that the game can be fully appreciated upon a second playthrough. Ellie and Abby’s journey is tense and complicated. There’s plenty of emotions to take on board, all while under immense pressure from the teeming danger that Seattle offers. As such, it can be hard to fully appreciate everything that the game has to offer.

Upon completion, you come to understand the true motivations behind Abby and Ellie. Those emotions intertwine throughout the overlapping story beats that sweep you up on your first time through. You’re just there for the ride.

Meanwhile, a second playthrough lets you take things more slowly. Now that you know how the overlapping time structure works, you can more clearly understand how the narrative plays out. Especially if you play on New Game Plus, combat encounters are much more varied and engaging with an enhanced arsenal. You can use this experience to properly explore that the recreation of Seattle has to offer in your own, calmer pace.

The Hitman games, especially the rebooted series from the last few years, are handcrafted to be played through time after time. Of course, if you’re just following the game’s narrative, you can follow the guided tutorials to assassinate each target in one swift manner. However, that would be doing a disservice to the effort that IO Interactive puts into crafting these intricate puzzle boxes.

Each location is absolutely teeming with opportunities. It’s up to the player to explore and discover how they can bend the environment, characters, and items to their will. Thankfully, the Hitman games present you with a broad overview of every permutation of the level. You’re not left confused about whether a tactic should or shouldn’t work – the game is honest about what’s achievable.

Best of all, the Hitman games cater to a variety of playstyles. If you fancy yourself a bit of a speed runner, there’s the challenge of figuring out how to take the target as quickly as possible. More of a completionist? Take your time to fully explore every nook and cranny to get the full lay of the land. With quite literally hundreds of achievements to collect across the three newest Hitman games, these will keep you occupied for a long, long time.

I feel like Life is Strange is often overlooked. Following a similar formula, it arrived around the same time as Telltale was finding huge success in its narrative titles. Sure, it’s skinned in a marginally cringeworthy young adult akin. But look past the frequent ‘hella’s and you’ll find some of the best storytelling to be found in branching story games.

The best in the series so far for this is Life is Strange 2. While the first game set the tone for moving forward, much of its branching threads end up reconverging to a simple, binary choice towards the end. It’s still great, don’t get me wrong – but it doesn’t really warrant a second playthrough.

On the other hand, Life is Strange 2 takes extreme dips and dives across its five episode run time. Huge decisions you make in the early game have drastic effects later on. The consequences all coalesce into a tense ending that can be wildly different depending on your choices.

The result is that you actively want to take on a second playthrough upon completion. Without spoilers, there’s a nuance to almost all of the endings. Even the best possible outcome is bittersweet. It leaves you with a feeling that things could have gone better. While Life is Strange 2 doesn’t deal with time reversal mechanics, you’ll certainly want to turn back time and start from the beginning all over again.

Wondering what we thought of the new Life is Strange: True Colors? Read our review here.

The original Bioshock is still heralded as one of the all time greats. If you’ve managed to make it for 14 years without having the huge plot twist spoiled, then you’re in for a treat.

The big reveal of this game sparked a huge conversation back when it was released. It even spawned the creation of a whole new term, ‘ludonarrative dissonance’. The term refers to the idea that a game’s narrative can be at conflict with how it’s gameplay is portrayed. This becomes more obvious once you reach the final stretch of Bioshock. A huge reveal completely reframes the way that you contextualise the protagonist’s actions. Completing a second playthrough applies a much more sinister tone to the first few sections of the game.

Similar can be said for the inevitable sequel, Bioshock Infinite. Upon learning the true identities and motivations of certain characters, the elaborate and interwoven story becomes much more interesting to follow the second time around.

Of all the Modern Warfare trilogy, Modern Warfare 2 still holds its head high above the rest. It elevates the scale of warfare from the first game without going too off the rails like the third. With a narrative that never seems to let up in its pace and frequent twists and turns, it’s an absolute romp from start to finish.

Completing the main story is one thing, but doing it on Veteran difficulty is a whole other kettle of fish. On Veteran, bullets hit like a train, taking you down in just two or three hits. This isn’t too big of a deal for missions when you’re with a squad. However, missions where you’re alone become an infinitely more difficult task.

Early on, a particular mission in a Brazilian favela will have your knees weak and your palms sweaty. Enemies actually try and flank you, and pop up like deadly meerkats at awkward angles from above. It takes about an hour of slow, methodical precision to make it out alive, and it’s one of the most tense, if mildly frustrating missions I’ve ever experienced.

Veteran is best experienced as a second playthrough. Trying it on your first ride out has the potential to detract from the main story’s impact. It also gives you a chance to familiarise yourself with each environment and objective so you can know what to expect. It’s not required, by all means. But if you want that sweet, sweet Platinum trophy, you’d better warm up those thumbs.

What other games do you think are best experienced as a second playthrough? Let us know across our social channels!