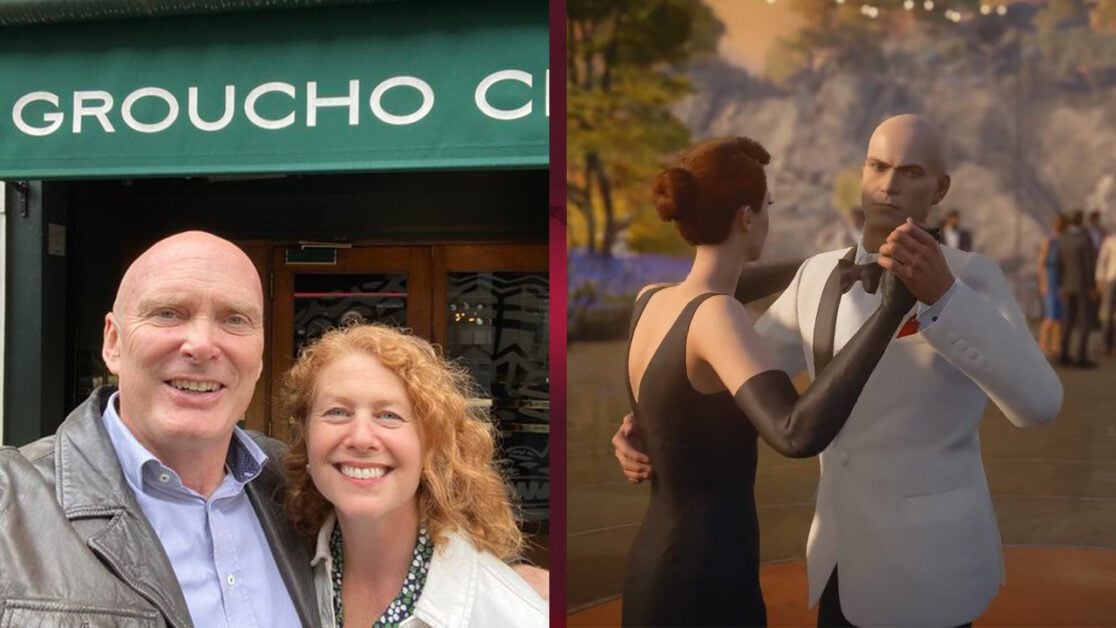 It’s hard to believe, but the Hitman voice actors for Agent 47 and his handler had never met – until now.

Hitman is an incredibly popular games series. The series is now 21 one years old – it’s old enough to be an HGV driver here in the UK (maybe the government will send the game a letter inviting them to drive lorries).

Focusing on stealthy assassinations, the game’s main character, Agent 47, is a bit of blank slate. Throughout all the games, Agent 47 has been voiced by David Bateson. In the ill-fated movies, he’s been played by Timothy Olyphant (2007) and Rupert Friend (2015). His handler, Diana Burnwood, has had a few voice actors portray her, including: Vivienne McKee; Marsha Thomason; and (most recently) Jane Perry.

In a heartwarming selfie, we can see Bateson meeting Perry for the very first time:

Perry voiced Burnwood in the World of Assassination trilogy, between 2016-2021. Up until today, the two had never met! It took a while for the two characters they play to meet face-to-face in the game. Perhaps this is a case of life mimicking art.

If you’ve missed out on any of the Hitman games, why not check out our store? We’ve got a selection to get you back assassinating people in no time.

What do you think about these two Hitman voice actors finally meeting? Do they look how you imagined they would? Do they make Bateson shave his head to match Agent 47? Let us know via our social media channels.