If you’ve been on the internet over the past two months, you either already know, or are at least wondering, who is Ninja?

Ninja has quickly become the biggest person on Twitch, and most of that is due to his incredible ability to kick butt in Fortnite.

Fortnite has quickly become the biggest game in the world, so it’s only natural that one of the best Fortnite players in the world gets the majority of the new Fortnite audience on Twitch.

Ninja didn’t start streaming with Fortnite, however. In fact, Ninja has been on the video game grind for years. Below we’ve provided a look at everything there is to know about Ninja, from where he started his career to where he is today.

When did Ninja Start Streaming?

Ninja actually started streaming on Twitch many years ago. He got partnered in 2011, so he’s been grinding for a long time. Back then, Ninja didn’t put as much time into his stream as he does now.

Ninja originally started his career in video games by playing Halo competitively. Ninja’s first competitive event that got his name seen by a few thousand was the MLG Orlando Halo tournament in 2009.

Ninja continued to play Halo competitively. In 2012, Ninja won his first big Halo championship – is was the Halo 4 Exhibition event. Ninja kept playing Halo for a while, but it dawned on him that the Halo esports circuit just wasn’t big enough for it to be sustainable.

As a result, Ninja started to put more time into his stream instead. Eventually, Ninja moved away from Halo and started putting more time into games like H1Z1 and PUBG. Ninja saw some pretty great growth to begin with, but it wasn’t until Fortnite that Ninja became so successful.

What Did Ninja Play Before Fortnite? 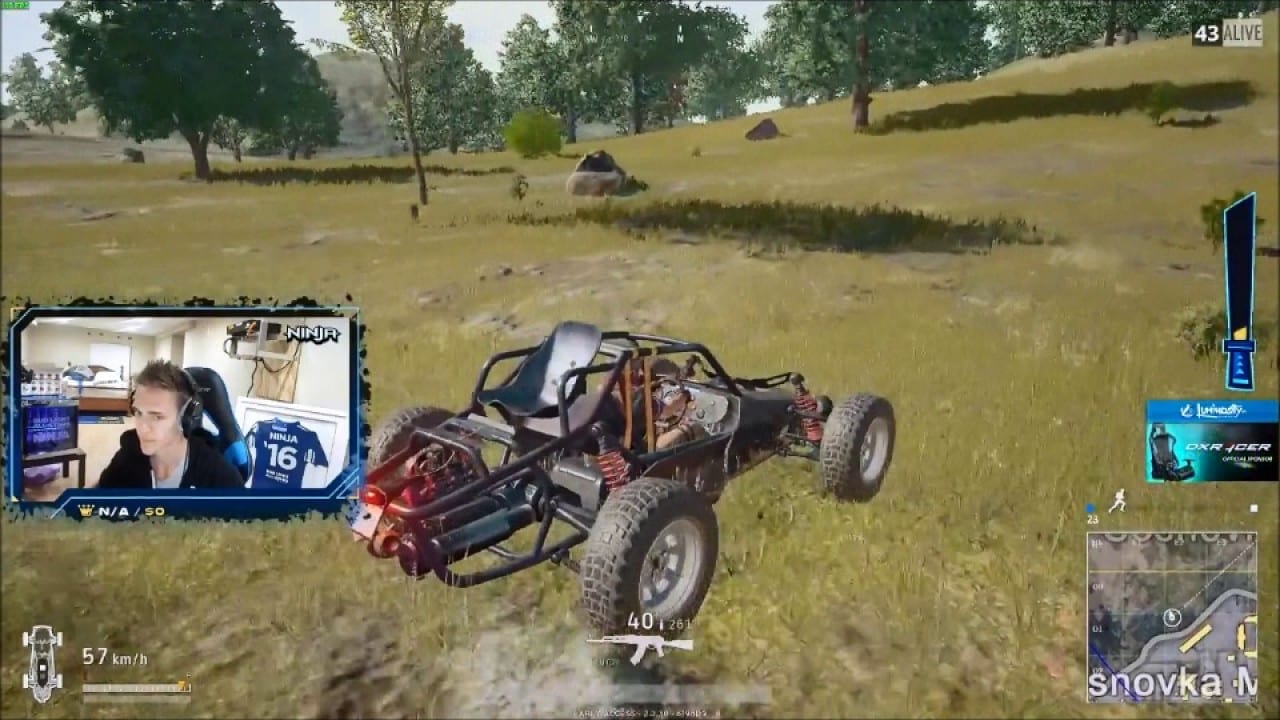 Before Fortnite, Ninja was playing a lot of PUBG. At the time, Playerunkown’s Battlegrounds was the top game on Twitch, so it made sense to jump on the hype train.

A little later, Ninja played Fortnite for the first time and he slowly fell in love with it. These days, Ninja plays Fortnite on Twitch almost every day. Partly due to the fact that it’s making him a lot of money, and partly because he absolutely loves playing it.

Why Did Drake Play Fortnite With Ninja? 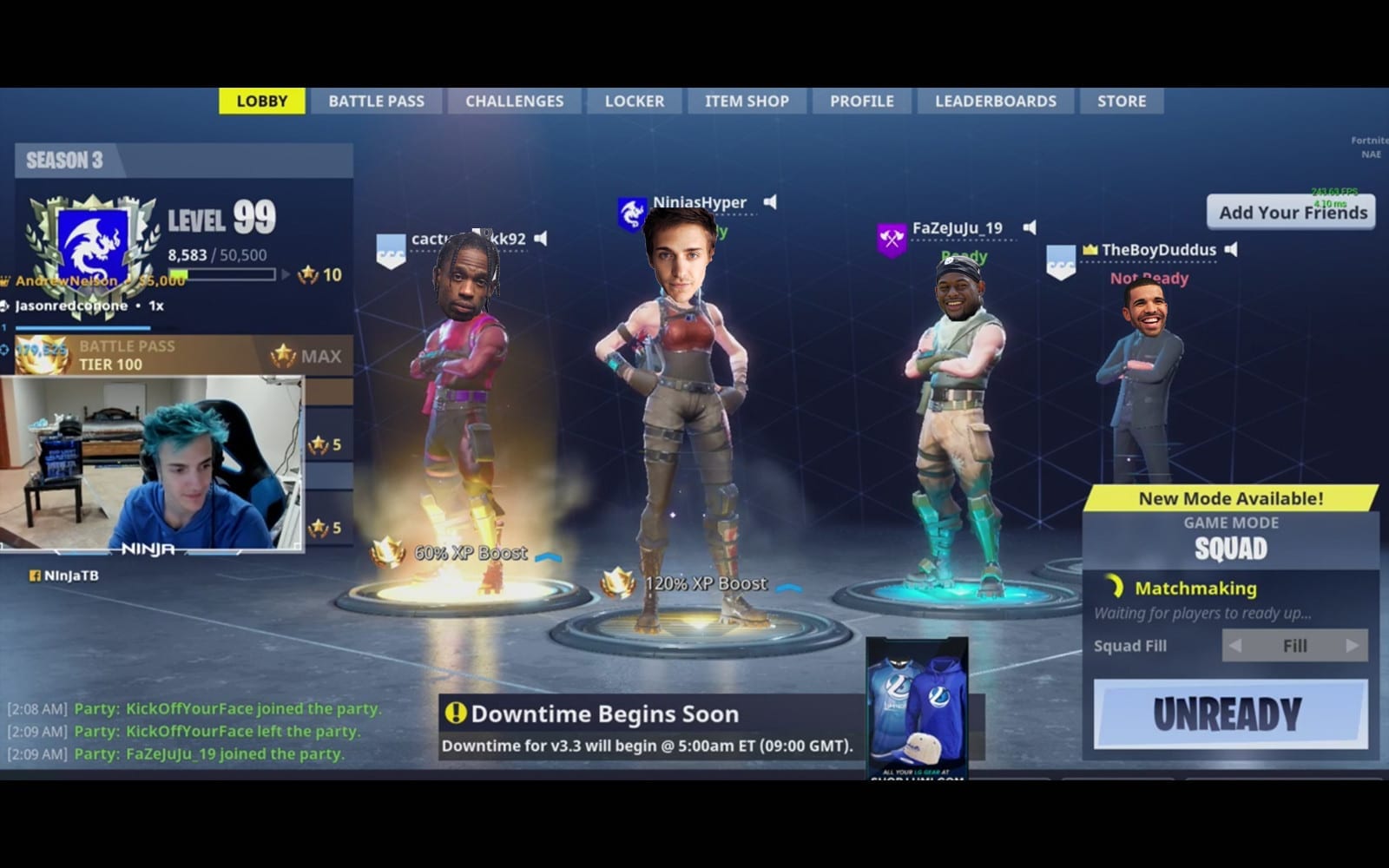 You’ve probably heard the news story that broke the internet in March. Over 600,000 people tuned in to watch Drake play Fortnite with Ninja live.

We’re not sure of the details behind how Drake and Ninja decided it’d be cool to play together, but what is clear is that Fortnite is so popular that even big celebrities are playing it.

You have to remember that rappers, singers, and basketball players are all normal people too. Outside of their work, they love to play video games as well. Drake is already a Fortnite fan, so seeing Ninja absolutely dominating Fortnite probably made Drake want to join in on the fun.

Since then, Ninja has played with a few other rappers, including Witt Lowry.

How Much Money Does Ninja Make?

So far, nobody knows exactly how much Ninja makes. We do, however, know that Ninja makes at least $500,000 per month.

We know this because during a CNBC interview, the reporter implied that Ninja was making over $500,000 per month and Ninja nodded his head and smiled.

Most of this money comes from Twitch subscribers. Ninja also makes a lot of money from viewers donating, and with such big viewership, he most likely brings in a lot of money by posting sponsored links in his Twitch description.

Ninja mentioned that he’s doing all he can to invest and save his money smartly. Ninja and his wife are also looking into ways to be charitable with the money.

Another thing to mention is that Ninja hasn’t always made over $500,000 per month. This new income is very recent and it most likely won’t last forever. Eventually, the Fortnite hype has to die down. We’ll be very surprised if Ninja manages to keep his viewers after that happens. He’ll still be very popular, but regularly hitting over 100,000 viewers on Twitch has never been done before.

Who Is Ninja’s Wife?

These days, Jessica helps to manage the business side of things for Ninja. With so many new viewers, there’s no doubt that keeping on top of everything is a lot of work. With JGhosty by his side, Ninja can put more focus into his stream and his viewers.

Is Ninja A Better Fortnite Player Than Myth?

This is one of those questions that may go unanswered for the time being. For those unaware, Myth is another popular Fortnite streamer that has blown up in popularity in recent months.

Both Myth and Ninja are great Fortnite players, but which one is better?

It’s hard to say – both players are very skilled. You could argue that because Ninja has more viewers, he’s obviously the better player, but that isn’t necessarily true.

Ninja is more entertaining, especially for a younger audience, but Myth has a more chilled out vibe to him. Both players are excellent builders, too, but some would argue that Myth has the upper hand with building.

When it comes to shotgun duals, many people would say that Ninja is the best player out there. Sniping is a difficult one to compare – both players can hit some incredible shots, but there are inconsistencies for both players.

Ninja also seems to be better equipped when it comes to using impulse grenades and launch pads creatively to take down enemies.

Perhaps one day both players will go up against each other and we’ll get to see who the better player is once and for all.

What are your thoughts on Ninja? Have you watched him play before? If so, do you like watching his stream or do you prefer watching somebody else? If you’re not a fan of Ninja, who is your go-to Fortnite streamer?

Halo Infinite Multiplayer Guides – Everything You Need To Know

Halo Infinite Equipment Guide: How To Use Every Piece Of Equipment