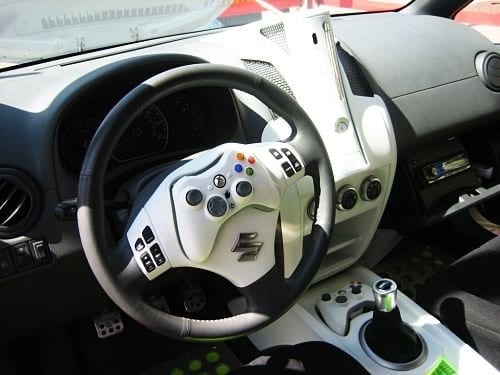 Console manufacturers usually make it difficult for people to modify them in any way. Despite this, there have some incredible console mods in the past. In this article, we’ve listed some of the best.

From custom Xbox One consoles, to spectacular all-in-one multi console systems, this post has it all. Check out some of the craziest modded consoles of all time below. 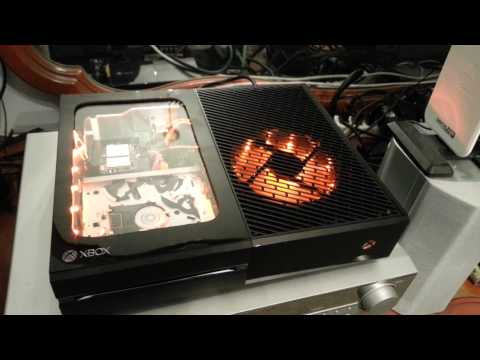 First up we have this custom Xbox One console and controller from Ryan Griffin. This thing has been kitted out with orange LED lights and a glass panel that allows you to see the insides of the console. These mods are just visual changes, but even so, this thing looks epic.

The controller has also been modded with the same orange LED lighting. There are lights under the thumbsticks and a light behind the Xbox One logo. 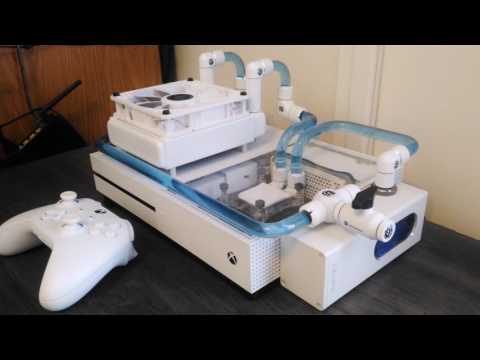 This next mod takes a popular mod within the gaming PC enthusiast community and brings it to the Xbox One S. This white Xbox has been water cooled with hardline tubing.

By using this water cooling system, the temperature for the Xbox One S is kept lower and the performance is improved. Created by EMP Customs, this mod is certainly a piece of art in my eyes.

I’m not sure how EMP Customs managed to find a suitable water cooling loop for the Xbox One S CPU, but from what I can see in the video, everything seems to be working very smoothly. 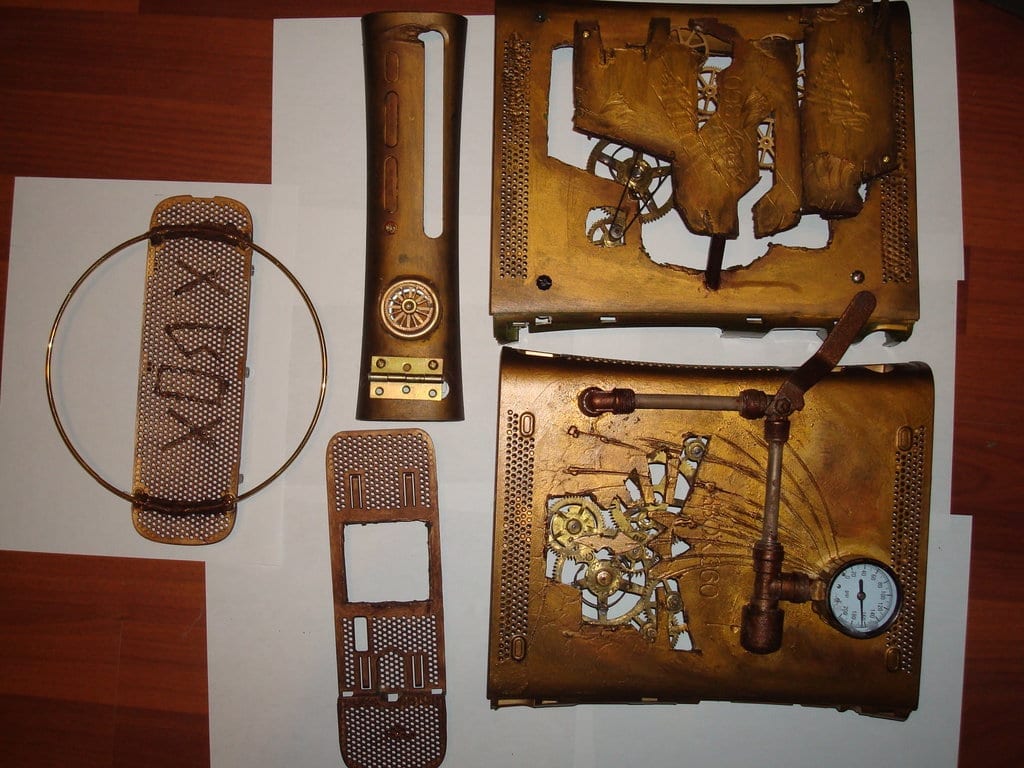 We’re going back a generation with this next build, but it’s totally worth it. Dopelgunder posted his progress towards building an incredible steampunk themed Xbox 360 on Deviantart.

This is similar to the first Xbox in this list in that it’s just a visual mod, but I can see that a lot of work went into this build.

There’s a lot to take in with this build. Firstly, the power button has been replaced with a small cog. The controller port is a small metal hinge. Each side has been torn into and filled with a variety of scratches and cogs. On one side, a pressure gauge is attached to a large metal pipe. This really is as steampunk as it gets. 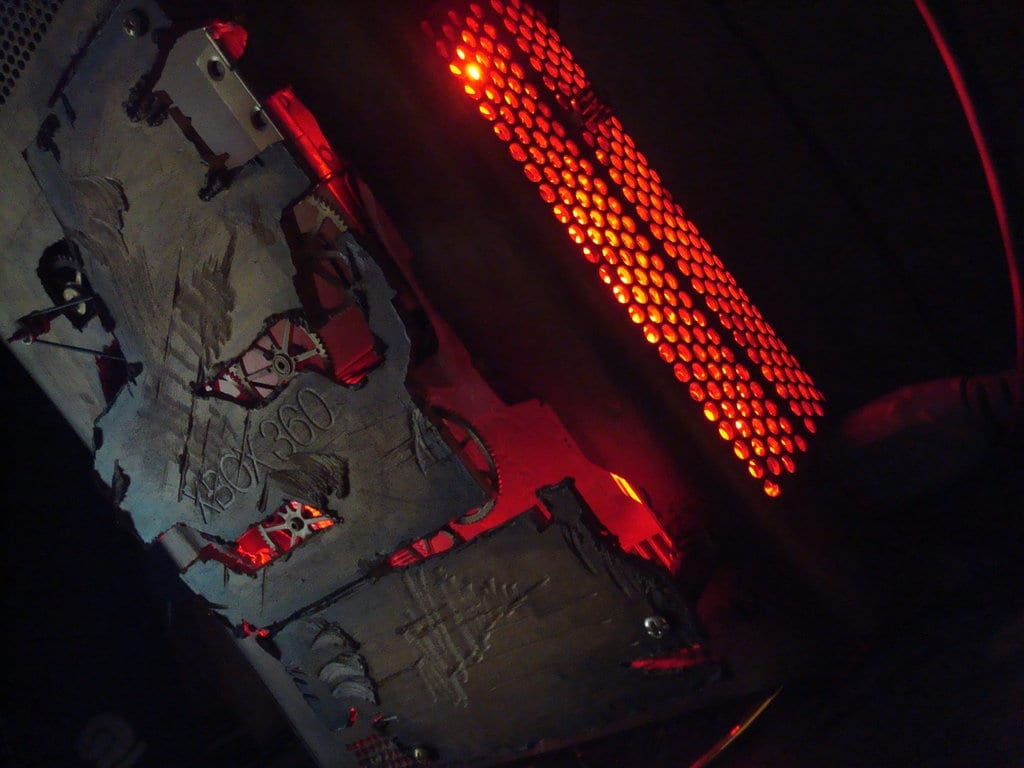 This steampunk Xbox 360 also has a number of red LED lights that light up when the console gets turned on. 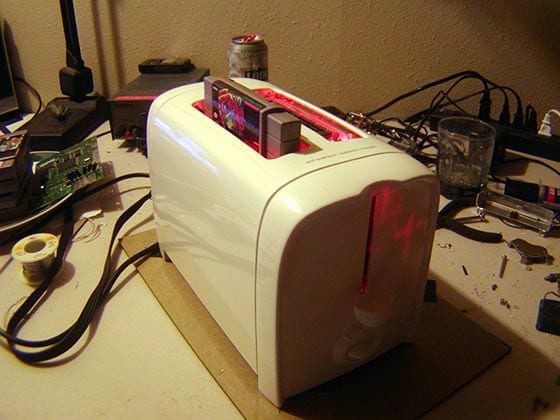 Whilst this next console mod might not have quite as much of a wow factor as others on this list so far, it certainly gets comedy points. Somebody went through the effort to turn a toaster into a Super Nintendo. Well, it was more like the other way around.

First, the creator of this build stripped out a toaster. After that, he ported the innards from the SNES and managed to fit it all inside the stripped out toaster. As you’d hope, the cartridge slot is indeed one of the toast slots. The other toast slot is used for plugging in controllers.

This whole build is quite frankly very hilarious. I think I’d prefer one of the other builds in my home, but I can see why it would have been a fun project to build. 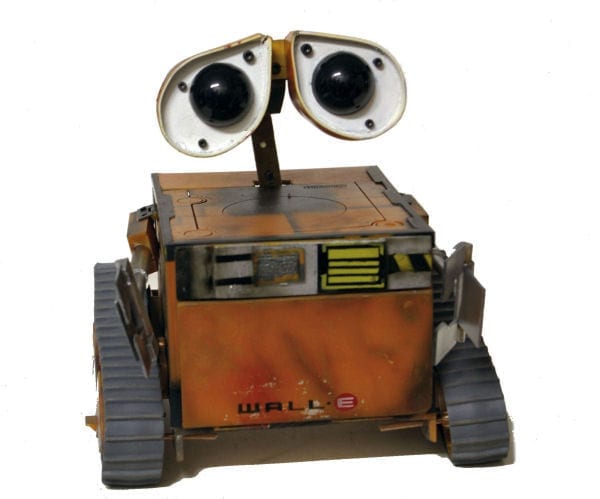 The Gamecube proved to be the perfect candidate for a WALL-E themed mod. A group of German modders were inspired by the WALL-E movie when it first released that they decided to build a Gamecube into a custom-made WALL-E chassis.

Yes, this thing takes up a lot more space than a standard Gamecube does, but it looks so much cooler. Just having this thing in your living area is sure to draw some eyes. Being able to play Gamecube games on this thing just make it even more awesome.

To avoid ruining the aesthetics, the disc drive, the controller ports, and the video input was put on the back of the WALL-E mod. 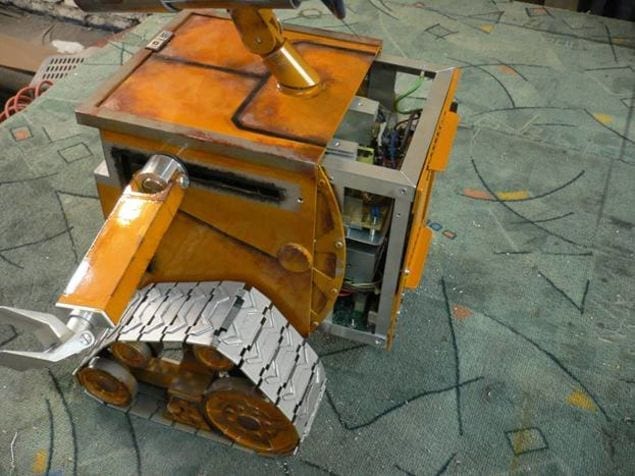 I must admit, I’m very impressed with this one. 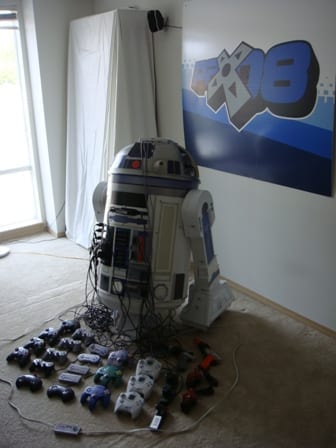 If the WALL-E mod impressed you, this all-in-one full sized R2D2 console unit will absolutely shock you.

As it turns out, the creator of this mod wasn’t the first person to do this, but he is certainly the one to include as many consoles as possible. You can learn more about the entire project here, but essentially this mod had an original Xbox, a Gamecube, a SNES, a Dreamcast, an Atari 5200, and Windows, amongst other systems installed. 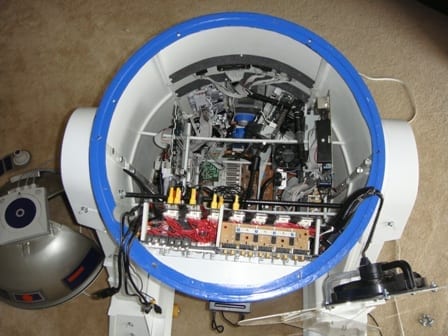 There were ports on the front for tons of consoles. Each console could be connected to the built in projector that would fire out of R2D2’s head. This really is an all-in-one console to be envious of.

To power everything, the modder had to include two power strips – he hid them neatly in R2 D2’s feet. 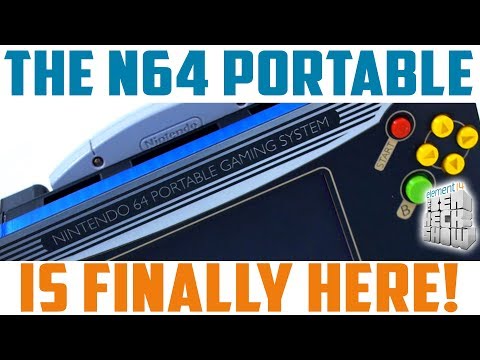 The final console mod isn’t nearly as epic as the R2 D2 multi console mod listed above, but it is certainly one of the most functional options on this list.

This console mod video showcases an N64 that has been modded to be portable.

The creator managed to fit an entire N64 console, a big battery, a 5 inch display, a better portable cooling system, and controls in a single portable unit.

It took a lot of trial and error to get the entire project up and running, but the end result was very impressive. This thing obviously isn’t as portable as a smartphone, but it’s only a little larger than a Nintendo Switch.

Because there is so much going on inside the N64, this mod is a lot thicker than a Switch, but it’s a dreamy alternative if you can’t afford the newer Nintendo console.

If you could pick out one of these console mods to keep forever, which one would you pick, and why?