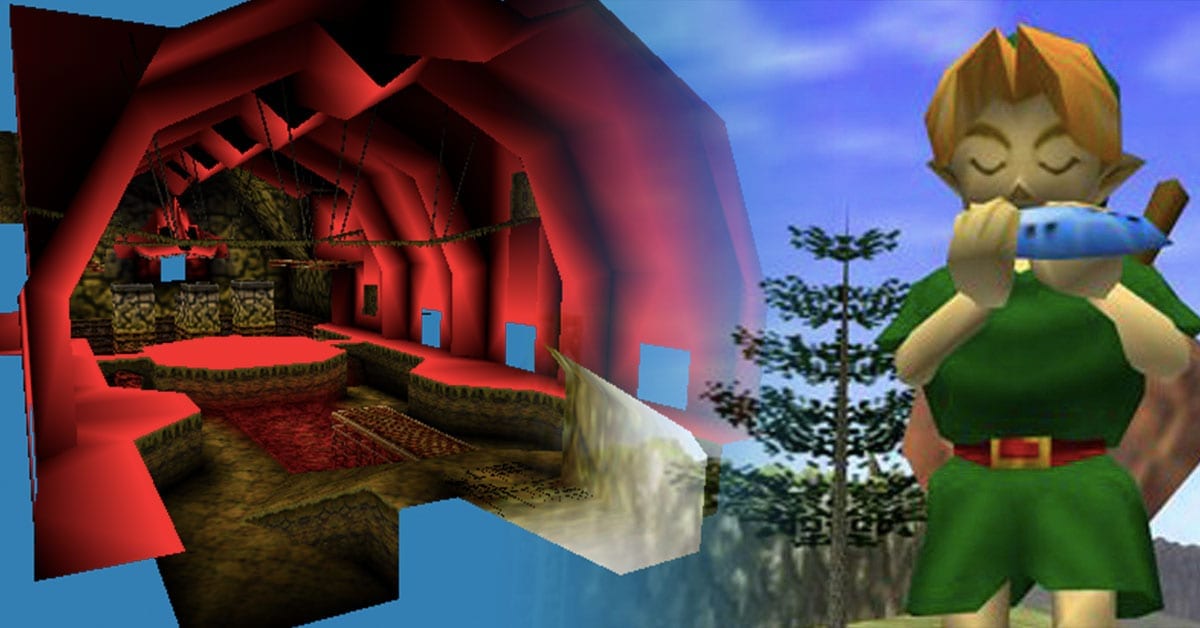 A cartridge containing parts of a historic 1997 Zelda Ocarina of Time beta has been discovered by video game preservationists “Forest of Illusion”.

In a post on Twitter, the troupe of preservation enthusiasts announced their findings. It’s claimed that the beta was found on an F Zero X development cart that had been, at some point, overdumped. [Via VGC]

This particular beta build was intended to be demoed at Nintendo’s 1997 Spaceworld show, a year before the game’s release. Forest of Illusion provided the following explanation for what can be found on the cart:

“Here’s the F-Zero X development cartridge which contains the Spaceworld 97 Zelda 64 data in the overdump. There doesn’t appear to be much code or music, just graphics and maps. Zelda 64 data begins at 0x1000000 in hex.”

While this significant find doesn’t contain much in the way of game code, it does contain a lot of the beta’s graphical information. This can be used to create a playable version of the beta.

After releasing a dump of the cartridge out into the wild for fans to tinker with, it didn’t take long before progress was made.

Early Zelda 64 maps and other features that didn’t make it into the game have already been discovered.

Some of the differences spotted so far between the beta and retail release include early versions of the likes of the Lens of Truth and Spiritual Stones, as well as various bow powers.

With this kind of progress being made already, it hopefully won’t be long before there’s some sort of playable version of the beta.

While a lot of unreleased Nintendo content is thanks to the recent Gigaleak, Forest of Illusion made it absolutely clear that these findings are nothing to do with it, stating that “Anyone who says that is bullsh*tting”.

Last year’s “Nintendo Gigaleak” flooded the internet with various unreleased games and software. Nintendo has yet to give a response to the huge leak.

Traditionally, beta versions of games are usually found within old storage mediums, such as carts, which are then dumped for use by preservationists and retro gamers alike.

It goes without saying that anyone who’s got a love for both Nintendo and Zelda is going to be itching to see what fans can do with the remnants of the beta. Who knows, perhaps we’ll end up with an entirely new Hyrule experience!

Are you excited to hear more about the newly-discovered Zelda Ocarina of Time beta cartridge?