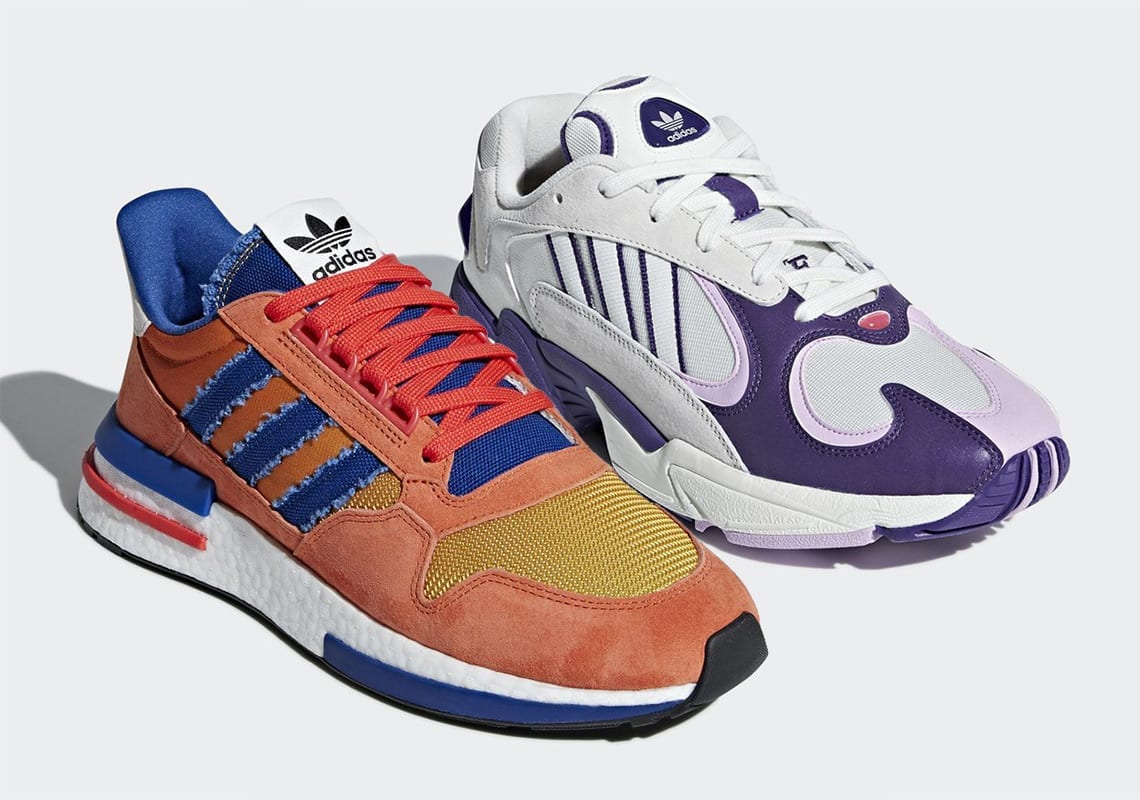 Earlier this year we learned that adidas is teaming up with Dragon Ball Z to release one of their most highly-anticipated shoe collections of the year (maybe even of the century?) 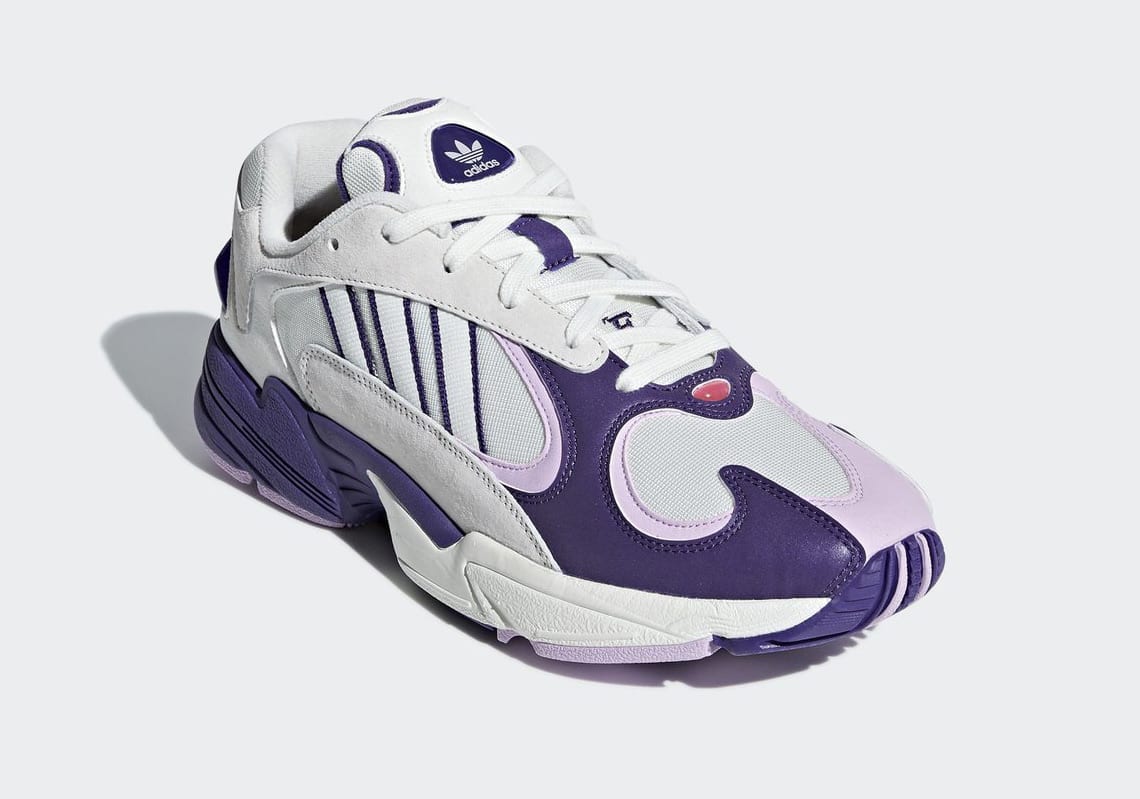 Back in January we were told to expect Goku, Frieza, Gohan, Cell, Vegeta and Majin-Buu-inspired shoes dropping from the collection throughout the whole year, ending with Shenron and Super Shenron launching last.

And coming from the sneaker giant, adidas, these babies are definitely going to survive the long walk down Serpent Road.

We haven’t heard too much on the launch since then, but now it’s finally been revealed that we can expect the first set of trainers in August! 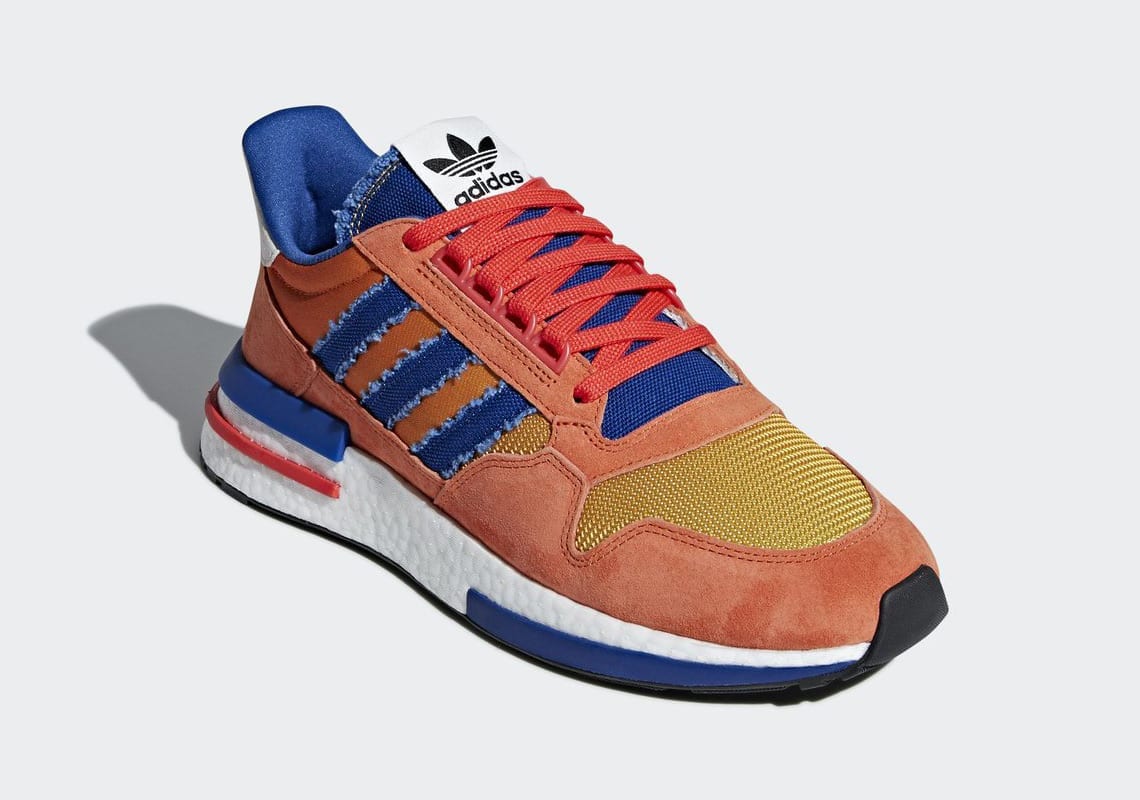 Yep, the collection is kicking off (kicking…shoes…geddit?) with Son Goku vs. Frieza.

The Son Goku pair is likely to be the most popular of the two, as obviously it’s based on the anime’s protagonist, Goku.

Son Goku’s adidas will be the ZX500 RM trainer, and will feature Goku’s iconic orange and blue colours. 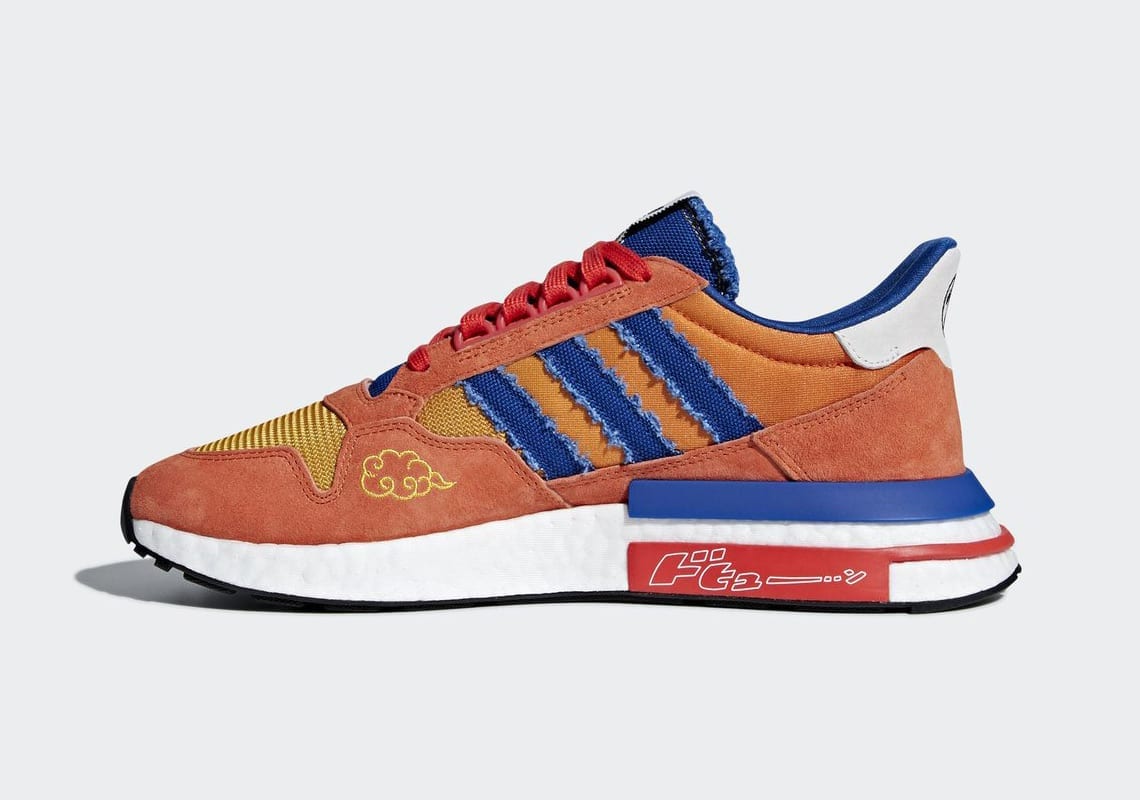 Frieza’s final form will be the Yung-1 shoe, featuring leather, suede and corduroy. Of course the Frieza pair are his signature white and purple.

Both shoes look like they contain a huge amount of detail, and even Goku’s Nimbus cloud makes an appearance on his shoe.

Both versions feature branded DBX insoles and apparently come inside special edition boxes, making them highly collectable if you’re able to get your hands on a pair!

The first two trainers/sneakers/kicks/treads/shoes in the line-up should be available sometime in August, with later shoes in the collection expected to release in September, November and December. 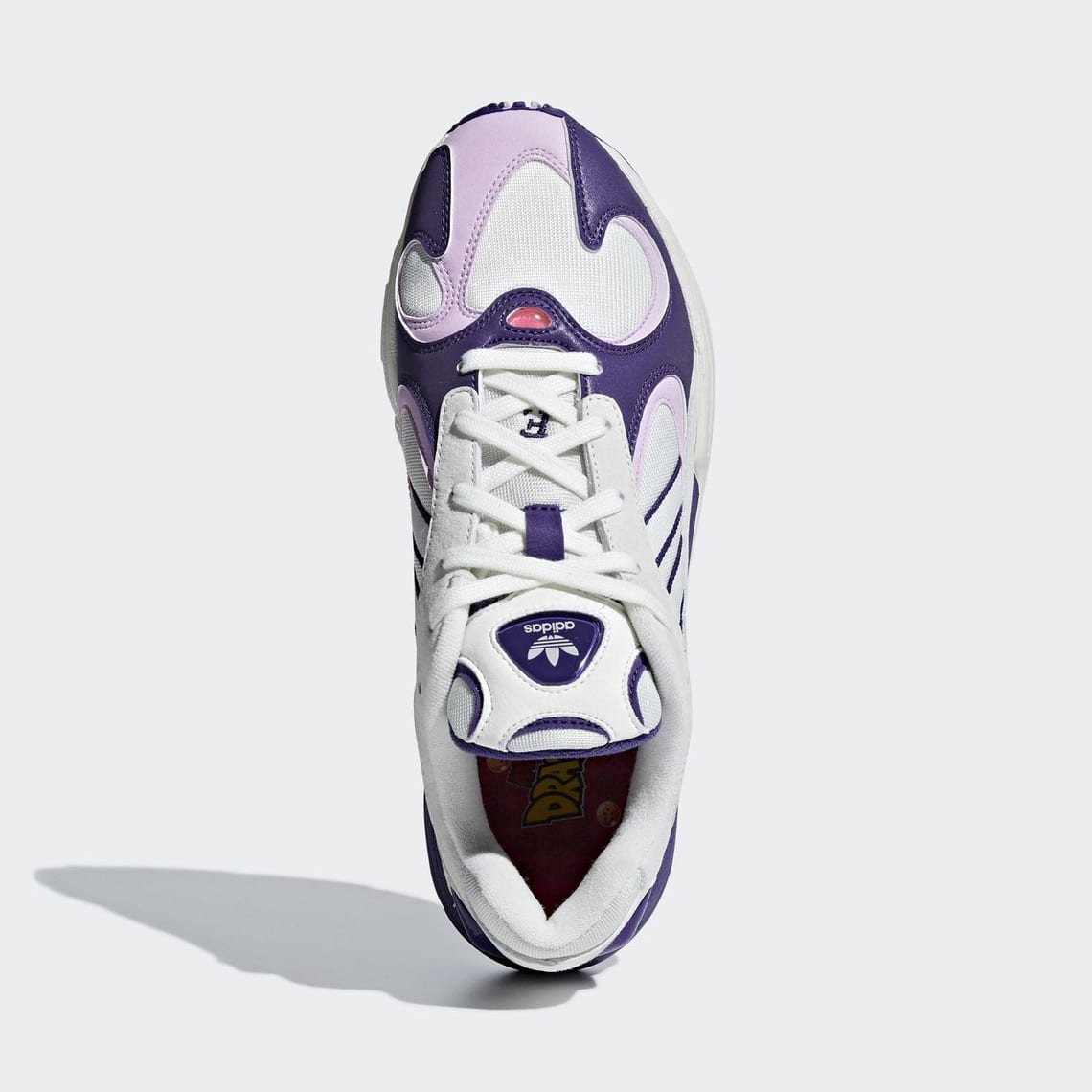 Although there’s no set date for the release, you can expect to see the DBZ-inspired shoes on shelves sooner rather than later.

Will you be picking out a pair? Who are you most drawn to?