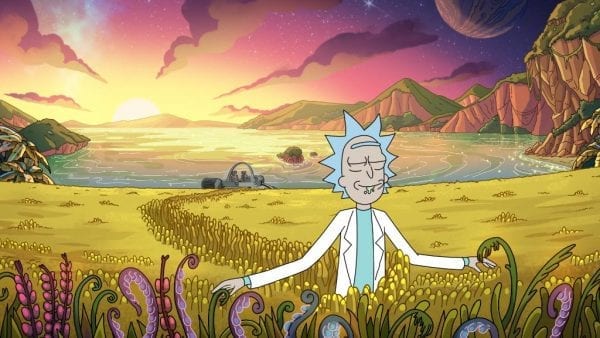 Rick and Morty fans don’t have long left to wait until the release of the new season, and despite its very short length, it’s set to be something pretty special.

Ahead of the release of Season four, Adult Swim has confirmed the titles of each of the new episodes, giving die-hard fans quite a bit to go off.

Sharing the news via a new trailer on Twitter, Adult Swim confirms the episode titles are as follows: “Edge of Tomorty: Rick Die Repeat,” “The Old Man and the Seat,” “One Crew Over the Crewcoo’s Morty,” “Claw and Hoarder: Special Ricktim’s Morty,” and “Rattlestar Ricklactica.”

Sounds good to me!

Despite the (very) short length of the new season, it’s tentatively hoped that Adult Swim is simply halving the 10 episode series, delivering half before Christmas and half after. At this point, it’s just wishful thinking though…

Fans of the series were seriously p*ssed to find out that the new season is just five episodes long, especially after having waiting way longer for this season than any other.

The disappointment hasn’t stopped the hype though, with even the likes of megastar Chris Evans taking to Twitter to share the love for the show.

Rick and Morty fans have already seen a snippet of the new season thanks to Adult Swim.

Released earlier this year, the footage features a very welcome guest appearance from none other than beloved Thor: Ragnarok director, Taika Waititi.

Waititi, who also voiced Korg in the (best of the franchise) movie, features as Glootie, an alien that Morty and his dad Jerry have been working with to create a new app. ICYMI, check it out below.

Adult Swim has confirmed the release date for Rick and Morty Season 4 as November 10th.