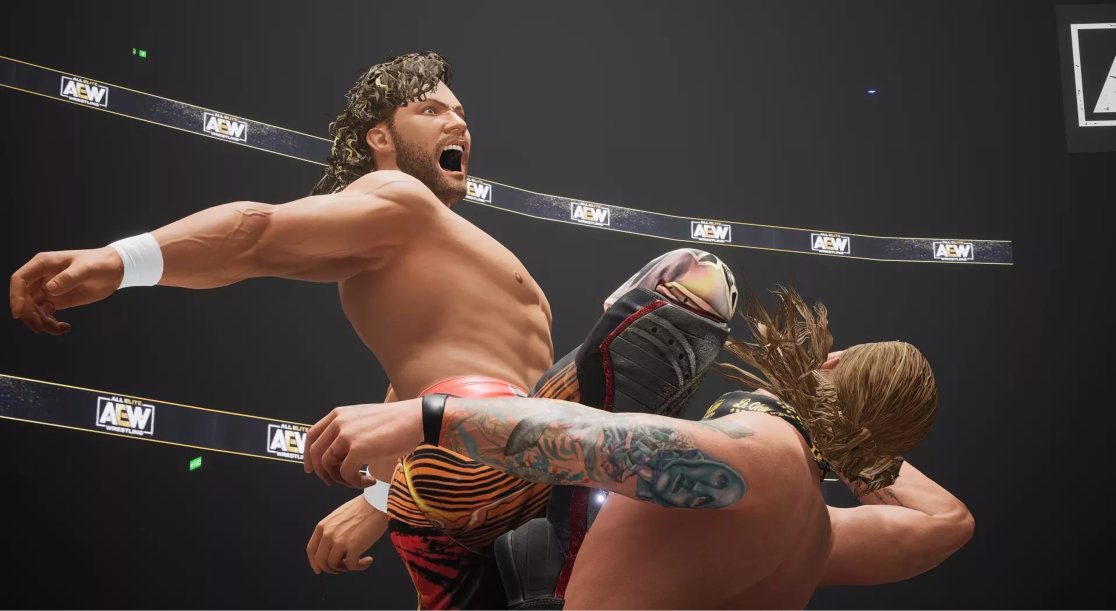 The online retailer in question is Amazon UK, however, that retail listing has since been removed. So, it seems that the gameplay modes and screenshots were revealed ahead of time.

Thankfully, with the internet being the internet, eagled-eyed gamers managed to grab those details before they were removed forever. However, the retail listing did not reveal a release date.

That being said, hopefully, AEW Fight Forever will arrive this year. At this time, the Amazon listing only had a generic placeholder release date of December 31st, 2022.

Furthermore, according to the game’s description via the listing, it stated that gameplay will be a mixture of “nostalgic arcade” wrestling with “innovative All Elite Wrestling finishers and tandem offensive moves.”

AEW Fight Forever is inspired by No Mercy

As well as a packed roster, AEW Fight Forever will feature a “deep career mode” with “wrestler customisation”, various match types, online modes and “signature AEW arenas”. So, we can expect to see flagship weekly shows such as Dynamite and Rampage. Additionally, major PPV events such as Double or Nothing, All In, Full Gear and more will feature.

Below is what’s been confirmed so far thanks to the retail leak:

It’s coming to the Switch!

Up until now, all platforms haven’t been confirmed. However, thanks to this retail leak, we know AEW Fight Forever will release for PC, PS4, PS5, Xbox One, Xbox Series X|S as well as Nintendo Switch.

Hopefully, now that this information is out there, we might be treated to some new gameplay and a release date in the coming weeks.

Are you looking forward to AEW Fight Forever? Let us know across our social media channels.