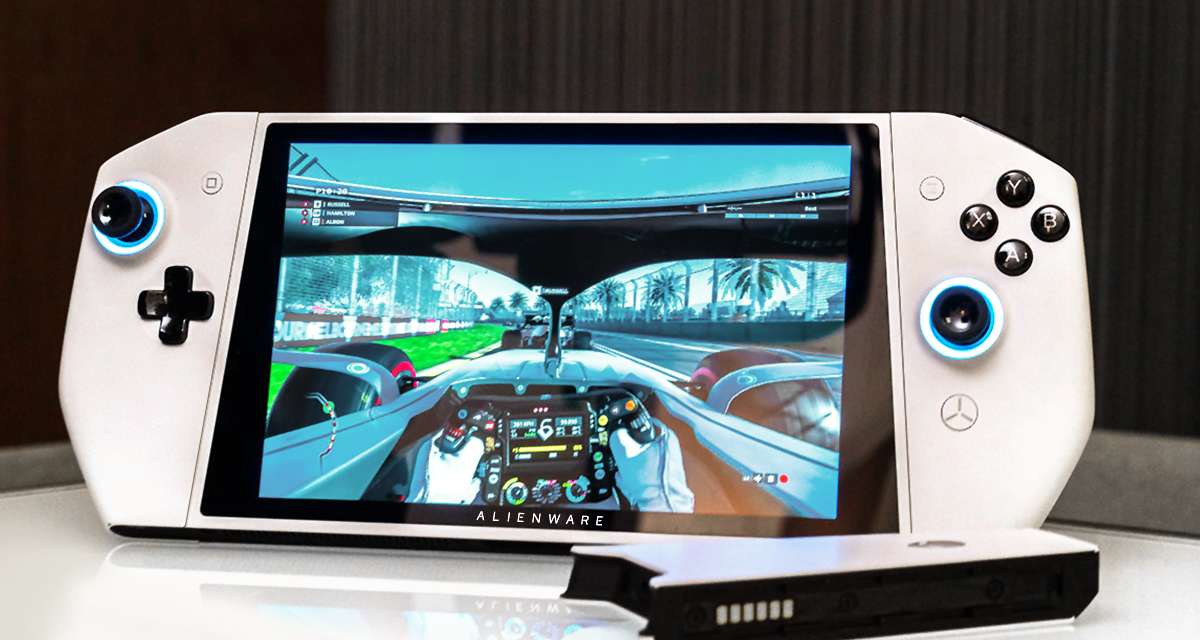 In a very surprising and unexpected announcement last night at CES 2020, Alienware announced its very own handheld hybrid console to potentially rival the ever-popular Nintendo Switch. Granted, the hybrid – dubbed Concept UFO – is a prototype, and there’s no word as to when this might release or how much it will cost. But it is an exciting prospect nonetheless.  As you know, Alienware is known for its top-end gaming PCs and laptops, which often cost a premium, but you certainly get your money’s worth.

The fittingly named UFO will run on Windows 10, will have detachable controllers, can be played handheld or connected to a TV or monitor, has a screen resolution of 1200p and weighs approximately 3lbs, which is about 3x the weight of the Nintendo Switch.

The UFO was also playable at its dedicated booth at CES; however, the only games playable were F1 2019, Rocket League and Mortal Kombat 11.  Whether the UFO will ever leave its concept stage and see the light of day, remains to be seen.

Are you a believer?  Let us know your initial impressions of the UFO hybrid across our social media channels.