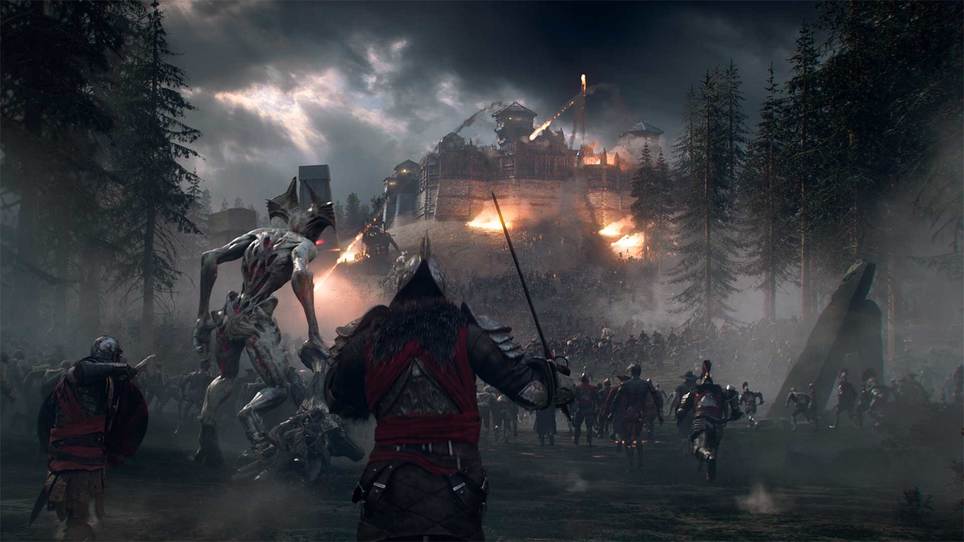 I can’t blame you for forgetting about Amazon’s upcoming MMO, New World: Aeternum, but there’s more than a few reasons why it needs to be on your radar. Not too much has been revealed about New World, but thanks to a new report from RespawnEntertainment, we now know that there’s a lot to get excited about with the brand-new IP.

New World sounds like it’s going to be right up the alleys of Soulsbourne fans, as the game has supposedly drawn a lot of inspiration from FromSoftware’s Dark Souls games – especially when it comes to combat.

Head of Player Experience, David Verfaillie, explained: “From day one we wanted to do action-based combat, do combat that’s different. We will be working on combat from here until the game stops, hopefully in ten-plus years’ time.”

Combat features include light and heavy attacks, a stamina bar and the ability to block and dodge.

Game Director Scot Lane said on the game’s combat: “Your position and physics matter in-game, to you and the world and other players. And that creates a tension that you don’t see in other games like this because you have to stay on your toes.”

Lane added: “When someone – regardless of equipment – could trounce us on the floor, it showed us this really is a skill-based game. A lot of MMO players aren’t familiar with staggering, or block-breaking, or other things you’ll see referred to in fighting games, and we’re trying to teach MMO players that as fast as possible.”

The game’s official description reads as follows: “Legend has led generations of explorers to the supernatural frontier known as Aeternum. Rich in a powerful substance known as Azoth, which many believe to be the source of eternal life, Aeternum has beckoned both the pure of heart and the wicked to its shores. “

The game has been delayed until August 2020.