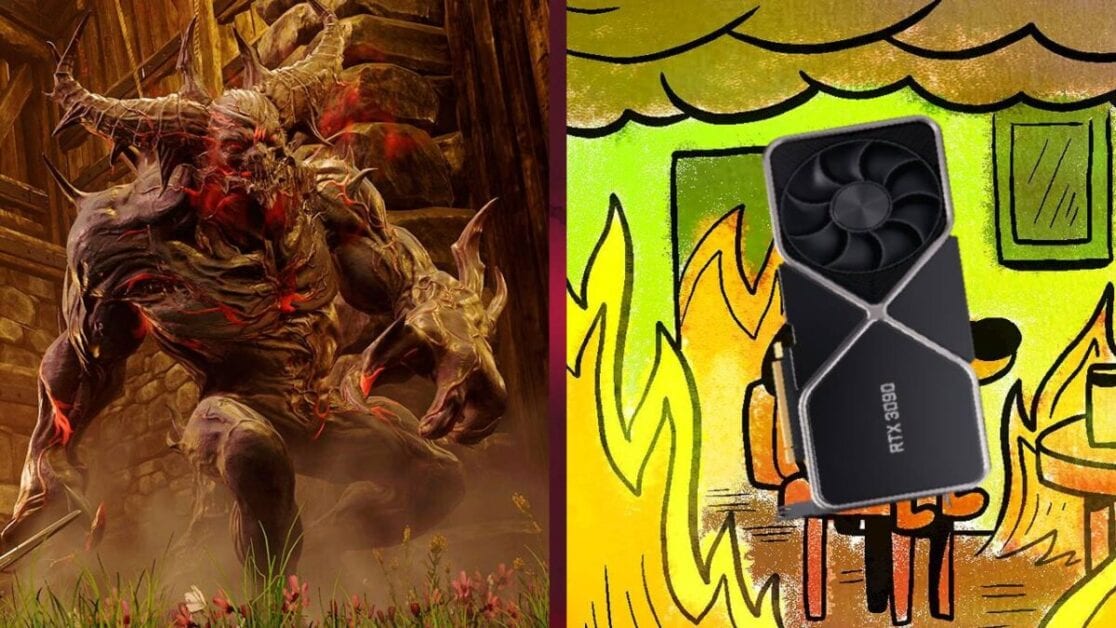 The BETA version of Amazon’s upcoming MMO “New World” is apparently “frying” Nvidia’s RTX 3090 graphics cards, according to the game’s subreddit [via VGC].

The incident, which causes extreme overheating, seems to apply specifically to the EVGA branded 3090 cards. However, owners of other brands and models have also reported temperature issues and high levels of power consumption. As you can imagine, this prompted players to take to the game’s subreddit to spread the word about the issue:

“I just bricked a 3090 in the main menu after setting my graphics quality to medium and hitting save. Cant believe it. Anyone else had a catastrophic failure like this? I’ve been playing cyberpunk 3090 on Ultra for months, so this really doesn’t make sense.”

In response to the original thread, one unfortunate New World player shared their experience while noting that people should take note of the issue before playing:

“Well. Think this just happened to me. Display went out while in queue. Now I can’t get the display to come back on. But GPU fans run on max when I power on my PC for some reason.

“Edit 2: welp, starting the RMA process. I have a red light over the 4-pin which after some googling seems to suggest I need to RMA. This actually needs more visibility. I honestly read these posts about people having “bricked” cards before playing and blew it off as them having some other issue. Count me in as a total believer now.”

Well, the reasons aren’t really clear yet. However, the fact that Nvidia’s cards don’t normally suffer from overheating or excessive power consumption suggests that the blame lies with New World. Of course, this is mere speculation and hasn’t been confirmed by either Nvidia or Amazon as of yet.

Hopefully, whatever is causing Nvidia’s latest graphics cards to fail can be resolved before New World releases in August.

Are you playing New World with an RTX 3090 card? Share your experience with us via our social channels!