Unless you’ve been living under a rock for the past few months, Among Us has been the It Game that everyone’s been talking about. Thanks to YouTube Gaming, it’s now been confirmed that the title exploded on the platform in September, with more than four billions views of Among Us content.

The announcement also reveals that more than six percent of all views relating to Among Us videos had some variation of “animation” in the title, proving that it’s not just gameplay that people were watching, but fan videos and art creations too!

“Among Us shares something in common with many of the year’s most-viewed video games,” says YouTube of the game’s success on the video platform.

“The game provides an opportunity for players to socialize with others online while remaining socially distanced, which would make it the latest in a line of ‘pandemic games,’ a list which would include Animal Crossing: New Horizons and Fall Guys: Ultimate Knockout. All of these games fostered a sense of social connection during a year in which that was a little more difficult to come by.”

The blog post also notes that it’s not just your PewDiePies of the platform who are seeing millions of views, as smaller content creators are also seeing huge success with their Among Us content.

“Videos related to Among Us were being uploaded by a broad range of creators representing different skills and interests,” says YouTube. “We also saw that these videos were uploaded by creators of all different sizes.

“In fact, many of the most-viewed videos related to Among Us have come from creators with lower numbers of subscribers. For example, Hornstromp Games had a little over 100K subscribers before the channel began uploading its Among US animated videos. Those videos are now among the most-viewed of all Among Us videos.” 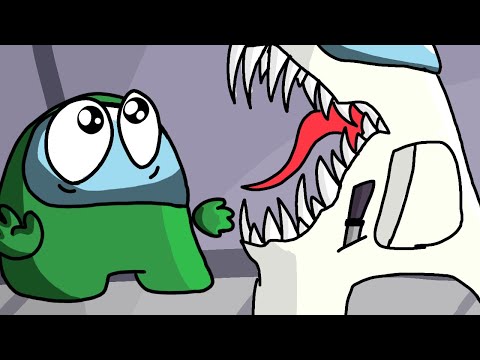 Keep the Among Us love coming, everyone!