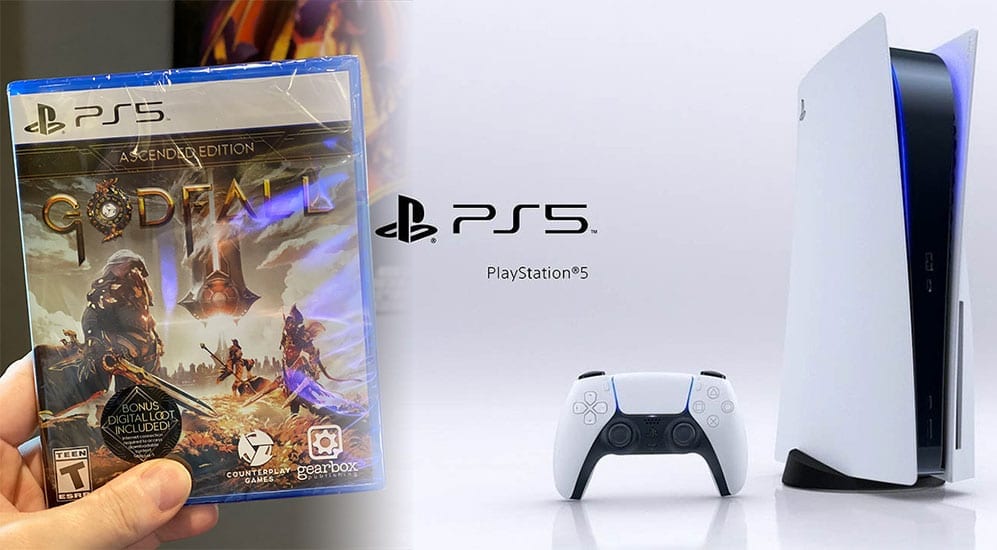 Images of the very first physical PS5 game were shared to Twitter by Gearbox top dog, Randy Pitchford, who proudly showed off the case, disc and manual for the world’s first copy of any PS5 game, ever.

“Hot off the presses, this is the first to manufacture next gen retail game in the world. Congratulations to Counterplay Games and the team here at Gearbox Publishing!”

Godfall is set to launch alongside the PS5 next month, and will also be available via the Epic Games Store.

GameByte has previously spoken with Dick Heyne, Technical Producer at Counterplay Games, discussing what it’s like to launch a new IP, what we can expect from the world builds, and new details on fetch quests, difficulty settings and more. But what about the gameplay itself? Well don’t worry, we’ve got you covered.

“Our aim is to create engaging end game loops that will continue to challenge and reward players. The battle isn’t over once you defeat Macros,” teased Heyne regarding Godfall’s endgame.

“One example of this is Tower of Trials. Tower of Trials (ToT) is a rogue-like end-game challenge mode accessed within The Monolith. It can be played solo or co-op. As players complete the combat trials and progress up the elevator in the center of The Monolith, the enemies will get stronger. Luckily, the players can earn Boons and Item Rewards on their way up.”