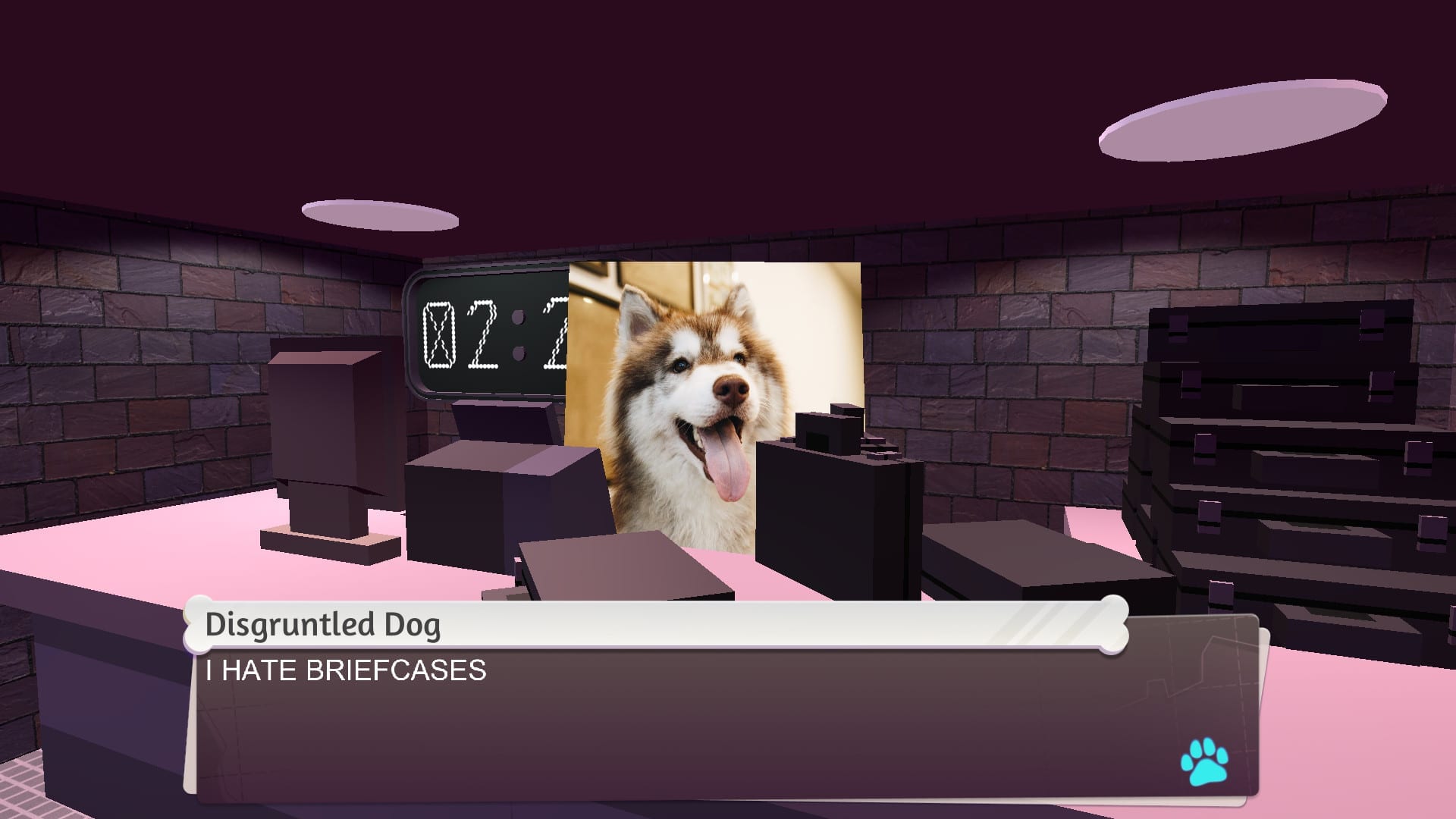 ‘An Airport For Aliens Currently Run By Dogs’ is a game about an airport for aliens run by dogs, and it’s out now on PC and Xbox. If it’s easier, you can call it by its other name: Dog Airport Game.

An Airport For Aliens Currently Run By Dogs is the definition of an indie developer’s creativity, free to make whatever game they choose unleashed from the shackles of AAA publishers.

In Dog Airport Game, you have lost your fiancée and you have to find each other in a world filled with simulated airports. The only problem (well, there are loads of problems in truth) is that the airports are in an alien language and they are run by dogs. Because of course.

Finding your way to your fiancée will surely be no easy task, but at least you’ve got lovable stock images of dogs to help you find your way, right? Well ok, probably not, but the game still sounds like a lot of wacky pet-pooch fun!

According to the developer’s synopsis, An Airport for Aliens Currently Run by Dogs will en-‘tail’:

“An Airport for Aliens Currently Run by Dogs is an open-world comedy adventure game. Talk to stock photo dogs. Solve their problems. Catch your flight. And call it Dog Airport Game when you get tired of saying the full title, like I did three months ago.”

An Airport for Aliens Currently Run by Dogs is available right now on Steam and Xbox, having just released on May 25. So what are you waiting for? Be a good dog and buy it!