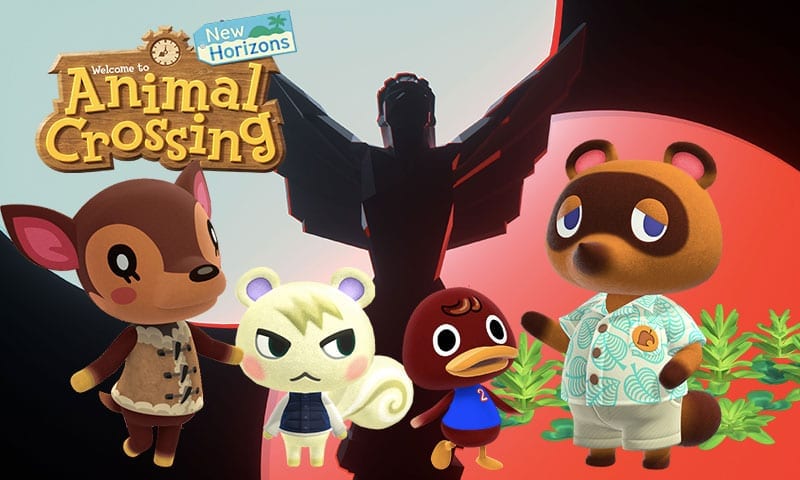 The Game Awards 2020 is just a few weeks away, and with games like The Last of Us Part 2 and Ghost of Tsushima on the list, it’s hard to imagine that a game like Nintendo’s Animal Crossing: New Horizons might have a shot. However, 2020 hasn’t exactly been your average year, and while the Nintendo game might not wow with graphics or story, it does something arguably better than the rest of the 2020 GOTY candidates – it brings people together.

When Animal Crossing: New Horizons launched in March of this year, it was expected to be a top-selling game, but the lofty heights it reached were certainly unprecedented. The longstanding franchise has secured millions of fans across many Nintendo consoles, and its first outing on the Switch was never going to be a small affair. However, it also released at the beginning of what was lockdown for many countries, with COVID-19 spreading faster than anyone anticipated.

For me, Animal Crossing: New Horizons came just a week or so into GameByte being told to work from home. It also released just six days before my birthday. Unable to spend my birthday with friends and relatives in real life, I threw an AC party. It wasn’t ideal. With it being a new game, I hadn’t mastered the Dodo situation and there were queues to get into my island. Lag was an issue, as was people getting kicked from the game. I also had the bare bones of an island, with no games to play with my guests or fun places to explore. Still, it was nice to “see” people and celebrate during what we all knew to be a “strange and unprecedented” time.

I’m not the only one who held a virtual party in Animal Crossing. From birthdays to Eid celebrations to weddings, there’s been countless ways in which people all over the world have come together to celebrate with their friends on a virtual island owned by Nintendo. Companies also got into the hype, with brands like KFC opening their islands for the memes and the free publicity. Animal Crossing has become a way for friends to connect, whether they’re your lifelong buddies or someone you saw on Reddit who has a flair for design, AC has helped to form friendships during a time where meeting in real life has been difficult.

Looking at the list of Game of the Year nominations for The Game Awards 2020, it’s hard to see Animal Crossing: New Horizons scooping the win from Naughty Dog’s epic The Last of Us sequel, or the incredible Final Fantasy 7 Remake, but it’s easy to make a case for the game.

Animal Crossing: New Horizons hasn’t just given gamers (and non-gamers) a way to connect during the pandemic; it’s also offered the peace and quiet needed during such a stressful time. Bug catching, fishing, swimming and designing your very own island is a relaxing and stress-free experience which gives people the chance to unwind and escape from the real world. Lounging on a virtual beach might not exactly be the holiday you had planned for 2020, but it’s always been there as an option. Compared to the combat-heavy GOTY nominees likes Supergiant Games’ Hades or DOOM Eternal, Animal Crossing’s slow-paced gameplay is arguably something that’s been needed this year.

Animal Crossing: New Horizons isn’t everyone’s cup of tea, but with more than 22 million copies sold worldwide, and with millions of adoring fans, it’s definitely one of the biggest games of the year. It doesn’t have the jaw-dropping graphics we’ve seen from Naughty Dog, and it’s gameplay isn’t as fast-paced and thrilling as Hades is. However, it’s brought people together, it’s helped people connect, and it’s offered a virtual getaway for countless players during one of the toughest times most of us have lived through.

While Animal Crossing: New Horizons is easy to dismiss as “just another cutesy Nintendo title,” what it’s given people in 2020 shouldn’t be overlooked. With its continuing game updates and quality of life improvements, Animal Crossing has been a gift when we’ve needed it most. Does it deserve Game of the Year against Hades, The Last of Us Part 2, DOOM Eternal, Ghost of Tsushima and Final Fantasy 7 Remake? That’s up to the players to decide, but one thing’s for certain – it shouldn’t be overlooked.

Vote for your Game of the Year at The Game Awards 2020 here.