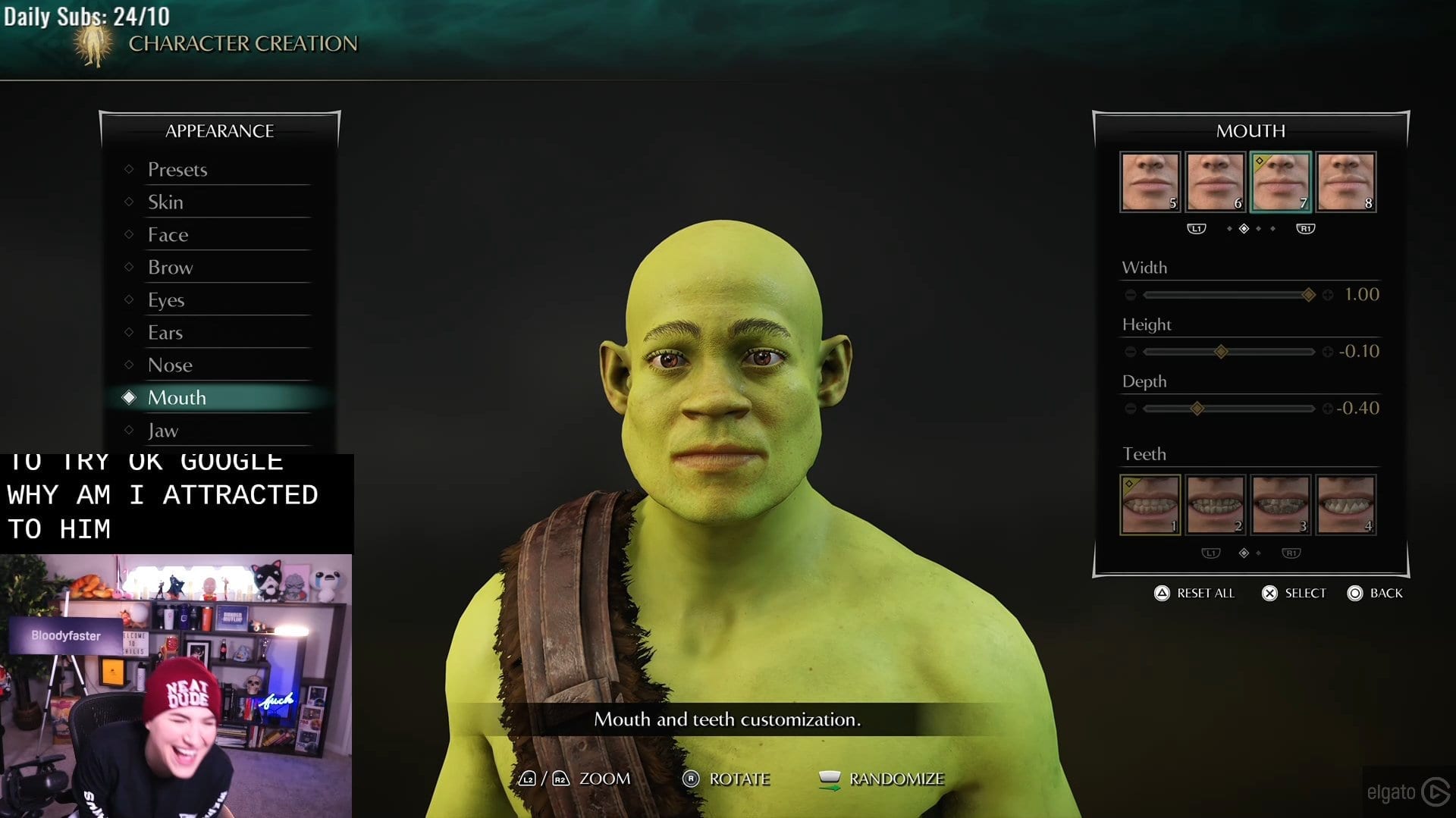 The PS5 is finally available worldwide and the next-gen console already has one critically acclaimed video game with the remake of FromSoftware’s Demon’s Souls. Of course it’s not taken long for someone to recreate Shrek in Demon’s Souls, because that’s what life is now.

Streamer Bloodyfaster has created an awesome Shrek from the DreamWorks movies within the FromSoftware release, and it looks both terrifying and awesome. The idea seems to have come from IGN’s Brian Altano, who challenged Twitter with the task.

“so i made shrek in demon’s souls” said Bloodyfaster posting the image to Twitter.

As you can see below, it’s an excellent version of Shrek – and it’s sure to make Demon’s Souls even more fun!

Ever since 2014’s Bloodborne, the character creation suite has been taken up a level to the point that I was able to create quite the decent Joker from DC Comics in the FromSoftware game.

However the character creation suite in the Demon’s Souls remake has been improved furthermore, and in a recent PlayStation Blog post Gavin Moore, the Creative Director at SIE Worldwide Studio explained the influences behind the new and improved character creation.

Gavin Moore said: “To create your character as you see fit is to build an emotional connection to the world of Demon’s Souls.”

Moore added that the developers want: “the limits of that personal expression to go far beyond just what weapons or armour you’ve equipped.

“We hope to have far more freedom to craft your avatar – combined with the vast improvement in detail and visual fidelity”.

Demon’s Souls on PS5 is a remake of the PS3 FromSoftware classic of 2009 which is developed by Bluepoint Games who also remade Shadow of the Colossus on PS4 in 2018.

Have you made any awesome created characters in the Demon’s Souls remake? We’d love to see you post them in the comments of our social media channels.

The Demon’s Souls remake is available now for PlayStation 5 and if you’ve been enjoying the game so far, be sure to react accordingly to our Emoji’s below.