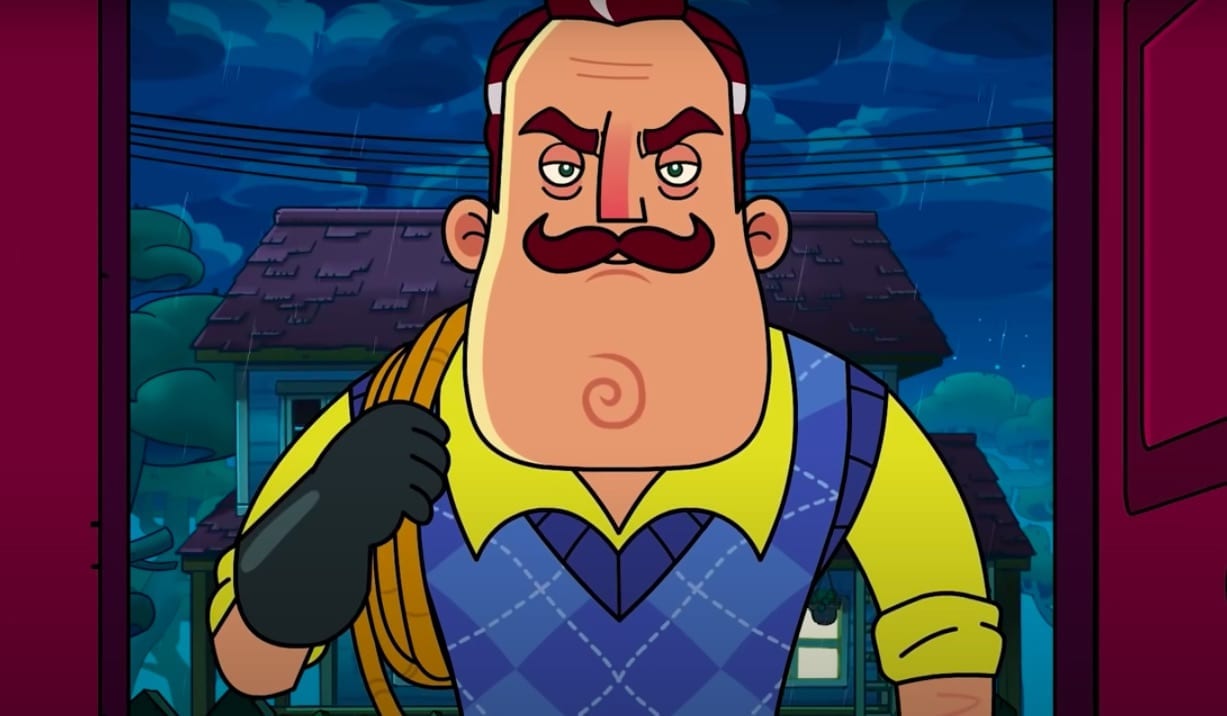 Hello Neighbor jumped from being an indie hit to becoming one of the most popular stealth games of the last few years. Moving from PC to console, getting spin-off games and even getting its own toy and book lines, tinyBuildGAMES iconic title has just gone one step further – by giving Hello Neighbor its own animated series.

The Hello Neighbor animated series is still in its testing phase, but the test pilot is now available to watch for free on YouTube. It follows the mysterious neighbor, whose comings and goings attract the attention of a gang of friends who are more than a little curious about the neighbor’s motives.

The test pilot has been out for less than a week and yet (at the time of writing) is just shy of 11 million views. Safe to say it’s going to be another win for tinyBuildGAMES.

The description reads: “This is a Proof of Concept Test Pilot for the Hello Neighbor Animated Series. Get a deeper look behind the scenes by joining our Youtube Club! “

The series will be penned by the author of the Hello Neighbor book series, Carly Anne West, and game developer Dynamic Pixels is hoping that interest in the test pilot means the show will be picked up by a network.

“We strongly believe that building a strong franchise and expanding it to multiple mediums is the way to go in this oversaturated video game world,” said TinyBuild CEO Alex Nichiporchik.

“Developers need to think about how to build long lasting relationships with fans through the power of intellectual property. To build something that will still be relevant years from now.”

Personally I think this looks great and I hope the show can find a home somewhere or other! Someone get Netflix on the phone.