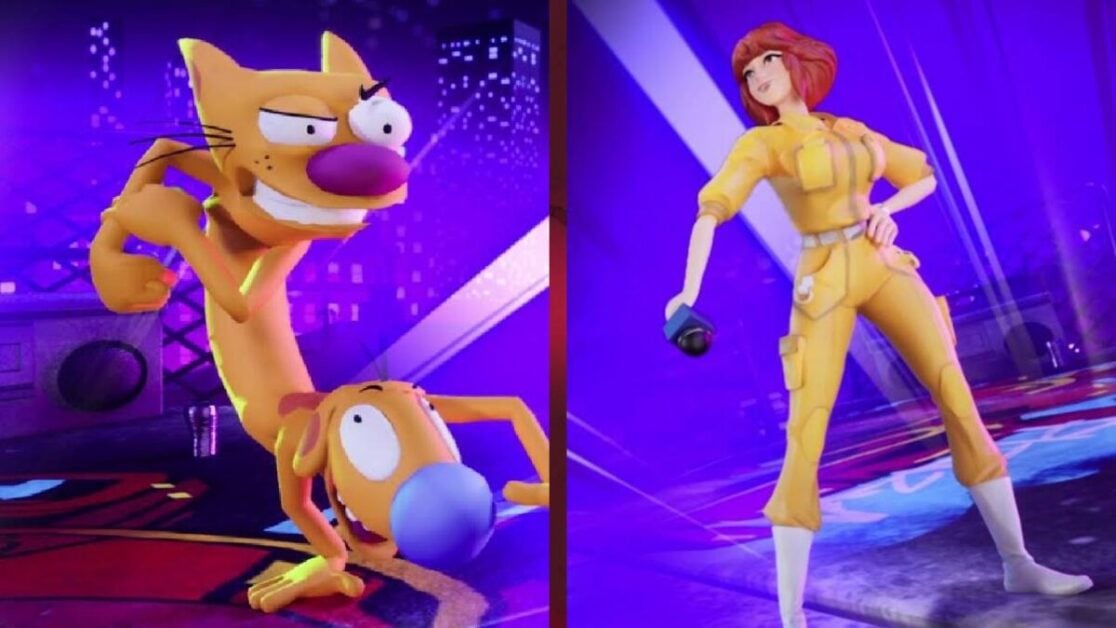 Nickelodeon All-Star Brawl is already stacking up to be a cartoon lovers dream game. However, as we edge closer to the game’s release, the fighter’s cast of characters grows more and more impressive. Now, thanks to a recent announcement, we know of two fan-favourites that are set to join the All-Stars Brawl fold.

That’s right, according to two new reveal videos, both CatDog and April O’Neil from Teenage Mutant Ninja Turtles are joining the Brawl roaster. Earlier this week, we learned that the Ninja Turtles’ human companion would also be playable in their own game by Dotemu.

As for CatDog? Well, fans have been demanding the weird duo since All-Star Brawl’s unveiling. As a result, players will now be able to use the iconic pet hybrid in chaotic combat against SpongeBob, Invader Zim and Nigel Thornberry. I mean, what else could you possibly want from a game?

So, what wacky moves are both these characters actually bringing to the table? Well, April O’Neil seems to feature a move set that almost resembles her Shredder’s Revenge trailer. CatDog, on the other hand, uses a much less conventional approach to combat, with both ends of the character being able to morph and stretch their way to victory.

Nickelodeon All-Star Brawl doesn’t have a solid release date just yet. However, at this rate, the fighter will probably feature most characters from the TV channel’s history. That being said, there are still a few familiar characters missing from the game’s lineup, like Dagget Beaver. In fact, even only half of the Ninja Turtles are actually present at the moment. Therefore, perhaps All-Star Brawl still has a few surprises in store for us before its release.

Who are you going to main in Nickelodeon All-Star Brawl? Join the conversation on our social media channels!