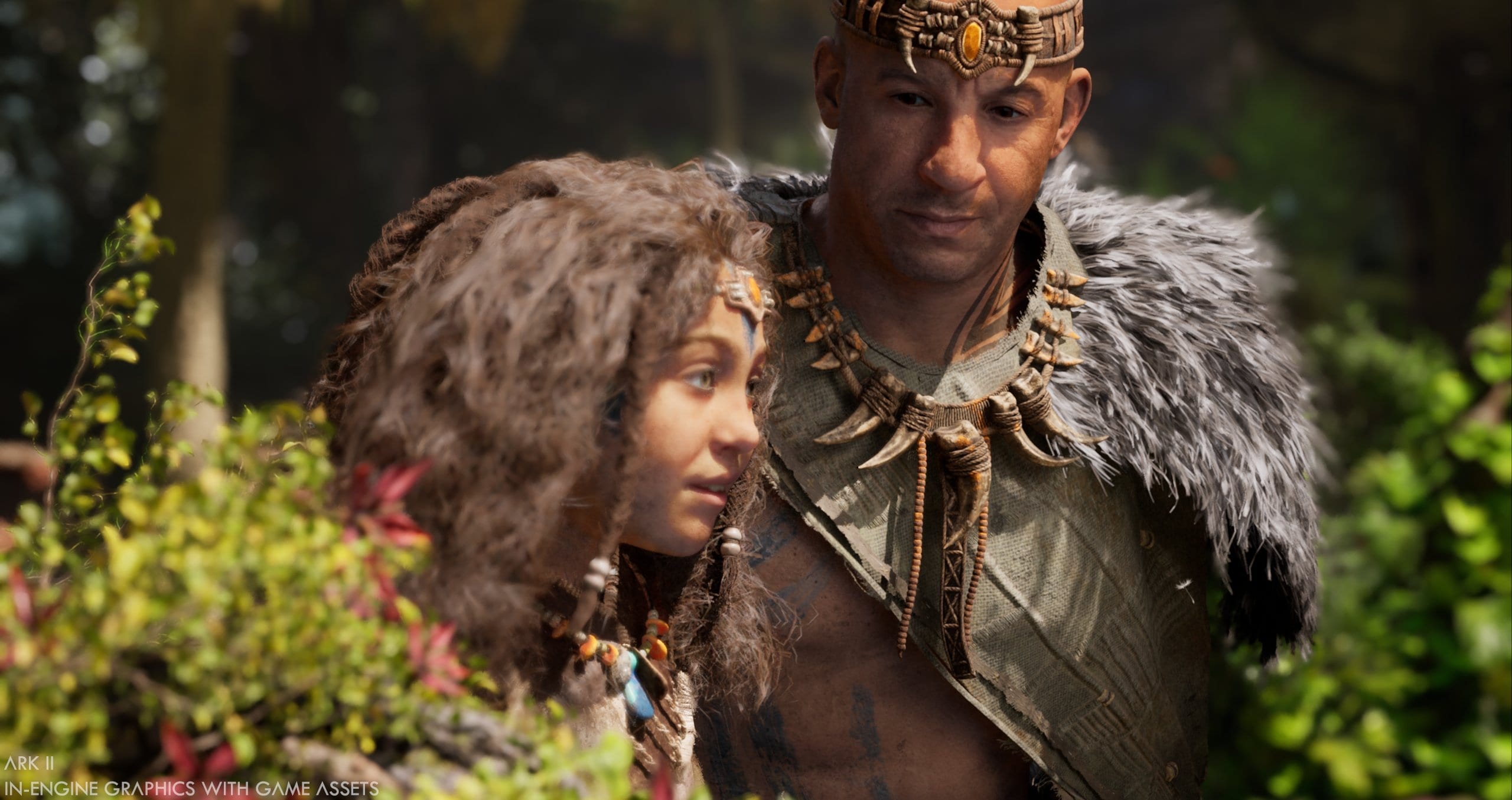 At The Game Awards last night (December 10) the sequel to 2017’s ARK: Survival Evolved was revealed in a cinematic cut-scene that featured Fast & Furious star Vin Diesel. ARK 2 wasn’t the only surprise though, as we also learned an ARK animated series is coming too!

ARK: Survival Evolved is developed by Studio Wildcard and is an action-adventure, multiplayer survival game that throws players into an open-world island full of dinosaurs.

Players can build settlements, hunt for precious treasure and even tame the dinosaur creatures that you capture.

The trailer that revealed ARK 2 at The Game Awards didn’t feature any gameplay unfortunately, so we don’t know exactly what this next-gen sequel will look like. However, the official reveal is enough to get us excited!

The cinematic trailer revealed that Hollywood star Vin Diesel will be playing a role in the game. Diesel plays a character called Santiago and he, along with this tribe, are shown under attack after being ambushed by another rival tribe.

However when a T-Rex invades the two tribes going to war, both of the rivals flee in a desperate attempt to avoid getting eaten by the prehistoric creature.

At this time we don’t know when ARK 2 will release or on which platforms, but it’s probably safe to assume that it might release in 2022 for PC and next-gen consoles.

Hopefully when we get further details we’ll also learn exactly what role Vin Diesel’s character will play in the sequel.

Following the insane reveal trailer in what was probably even more of a surprise reveal was the announcement of an ARK animated series.

Continuing on with the night’s trend of having Hollywood stars feature in ARK, the cast of the animated series is seriously overpowered with talent.

Incredible voice-cast talent aside I think this animated series looks like it might be at least half-decent.  ARK: The Animated Series will release in 2022. Are you excited for both ARK 2 and an animated series?