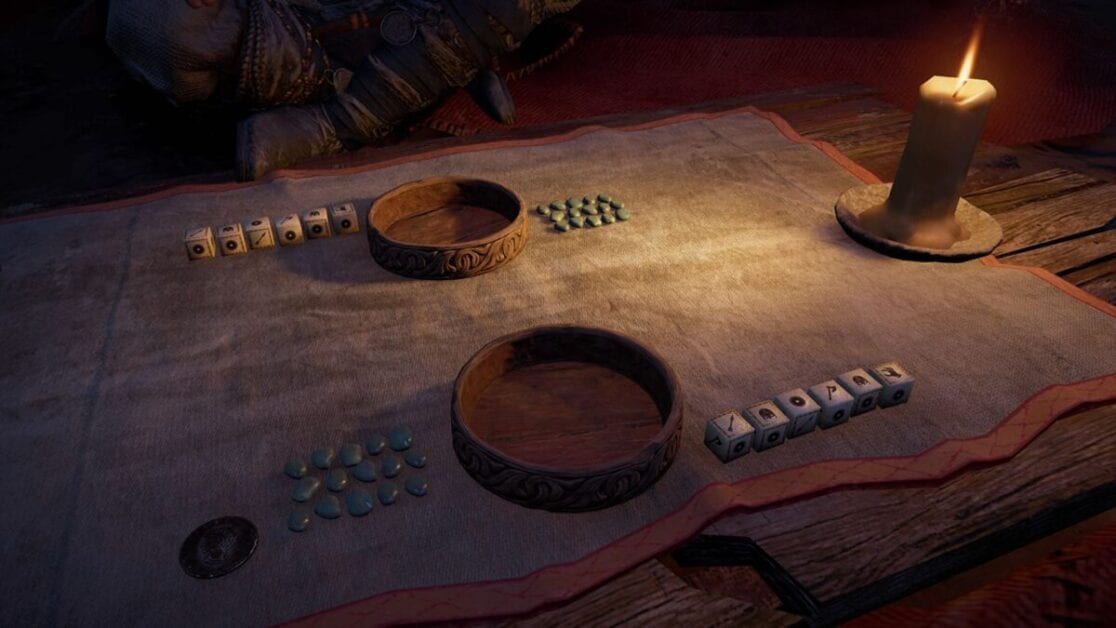 Granted, the campaign goal was only £43,000, but the speed at which the target was achieved was impressive nonetheless.

What is Orlog Dice Game?

The Orlog Dice game is suitable for ages eight and upwards. However, if you have children that are used to board games, in my opinion, Orlog is suitable for anyone that picks up the rules. Orlog is designed to be played with two players competing against each other in short burst rounds lasting between 10-15 minutes.

The official description of the Orlog Dice Game reads:

“Played extensively by Norsemen and Anglo-Saxons in every city of the game, Orlog requires two players who use dice rolls and bonus effects to claim victory of their opponent.”

Canadian company PureArts, known for its collectible figurines, is developing the Orlog Dice game. On the Kickstarter page, there are a few pledges for potential backers to choose from.

How can you back this campaign?

The base pledge will bag you the Orlog Dice Game and all unlocked stretch goals. If you back within the next day, you can save $5 on the base pledge by selecting the Early Bird option. However, that option will soon expire.

There was also a Tavern Edition which came with the Orlog Dice Game, all unlocked stretch goals as well as a Linen game mat and a Horn replica with a wooden stand. Unfortunately, backers have already snapped up all of the available Tavern Editions.

What if I cannot pledge now?

By doing this you can back a small amount and then pay for the Orlog Dice game in a few weeks’ time. This is an ideal choice for backers that might not have the funds right now. Best of all, you will still receive all the stretch goals. Awesome!

The Kickstarter campaign for the Orlog Dice Game ends on July 27th, with a shipment target of December 2021.

Are you tempted to back The Orlog Dice Game Kickstarter? Let us know across our social media channels.

The Witcher: Ronin Manga Is Now Live On Kickstarter