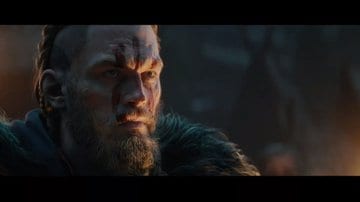 Assassin’s Creed Valhalla is on the way, and Ubisoft recently treated us all to the first trailer, plus a whole heap of insider info on the game. Valhalla will take place in – unsurprisingly – the Viking era, and the game is looking like it’s set to be even bigger than Assassin’s Creed Odyssey!

As more and more details on the game emerge, one of the most bizarre things we’re hearing is that AC Valhalla will feature Viking rap battles. Before you start picturing that iconic scene from Eminem’s 8 Mile, you might want to scale it back a bit.

The news comes direct from Ubisoft’s description of the game, which reads as follows: “Sail across the icy North Sea to discover and conquer the broken kingdoms of England. Immerse yourself in activities like hunting, fishing, dice, and drinking games, or engage in traditional Norse competitions like flyting – or, as it’s better known, verbally devastating rivals through the art of the Viking rap battle.”

Viking rap battles are better known as “flyting,” and were pretty much a way to kick your opponent while down. In battle, flyting was a common practise that would see Vikings hurt the feelings of their foes with taunts and jeers as they mashed them down to a pulp. It sounds like it’s going to be an incredibly fun game mechanic, to be honest!

As always with AC games, history is at the core of each title, and this time Ubisoft has hired historian and inspirational content advisor, Thierry Noël. Noël, who is part of the game’s Editorial Research Unit, spoke to Ubisoft about how Vikings are actually pretty far removed from the aggressive mead-gluggers they’re stereotyped as today.

“The gap between the reality of Norse society and the image we have of the reckless Viking was really interesting to me. They were a fascinating society in terms of culture and pretty fair in the way they treated women, who had important rights at the time. It was certainly contradictory to the common image we have of Vikings,” Noël told Ubisoft.