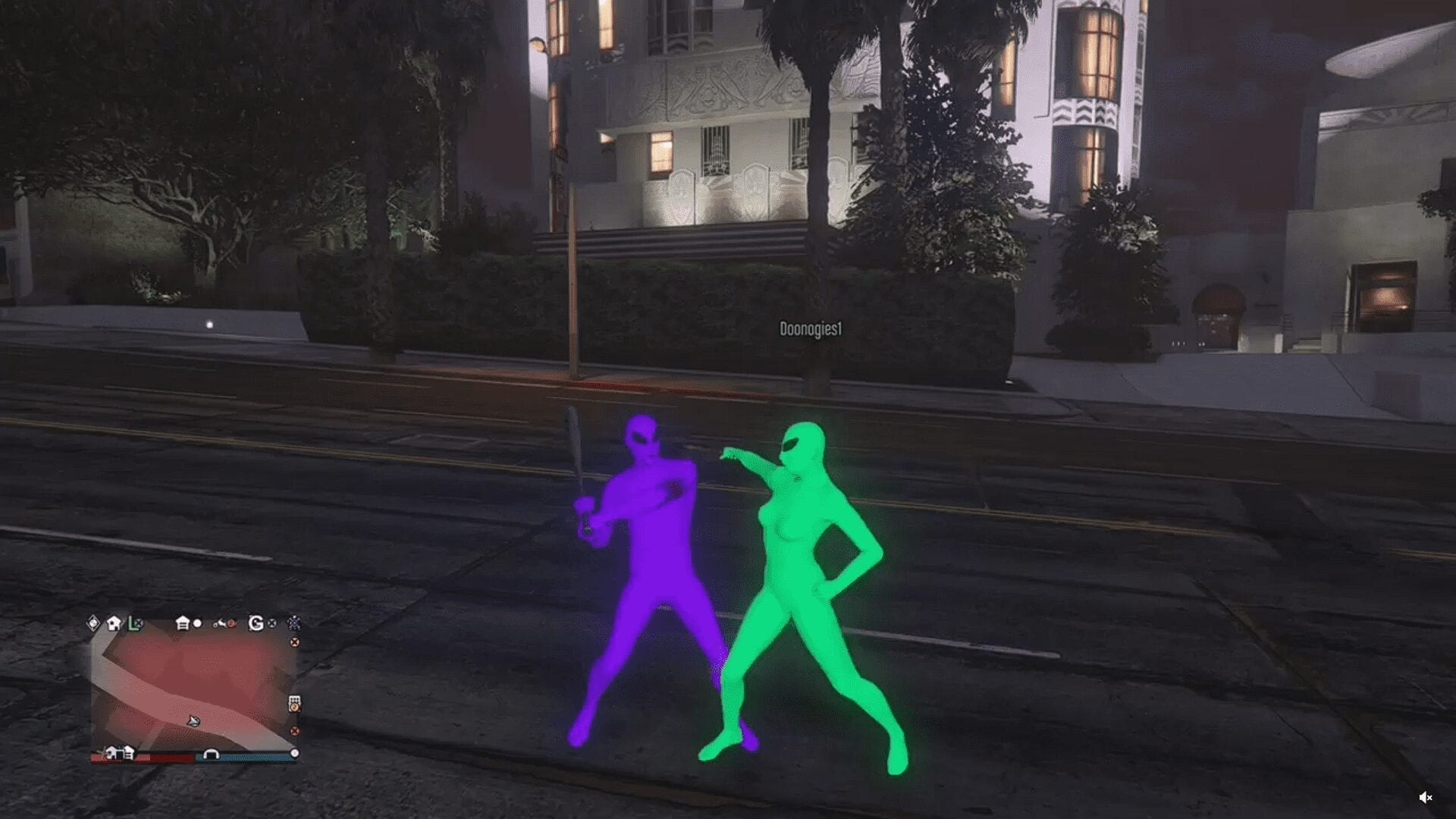 Earlier this week we reported on the alien “invasion” happening over in GTA Online. A group of players dressed as bright green aliens were casually causing the most havoc possible by assaulting anyone in their paths, and the situation has now escalated.

As reported by RockPaperShotgun, the lime green aliens are now involved in an all-out war with purple aliens, who are fighting back against the tidal wave of extra terrestrial crime.

It seems as though, if you’re keen to join this all-out war, you’ll need to pick your side wisely. Will you be an evil green villain, or a purple vigilante? It’s one of the joys of online games, that’s for sure.

A group – or gang, I suppose – of “aliens” have invaded Grand Theft Auto Online, harassing people as they go about their GTA business. The gang, who appear primarily on TikTok, seemingly identify as aliens, wearing lime green bodysuits and carrying a series of weapons with which to take down their foes.

The TikTok series (because yes, it’s a series) comes courtesy of TikTok account some.alien.sh*t, who is now regularly posting the “invasions” of GTA Online.

A number of the gang’s exploits have now made their way to Reddit, where the aliens can be seen brutally attacking everyone and anyone they see. It’s a video game though, and it’s actually really funny and definitely not weird at all.

I…honestly did not think this would be a story I would ever write.

If you join an alien gang in GTA Online, let us know which side you’re on (and if you pick green, kindly stay away from me!)