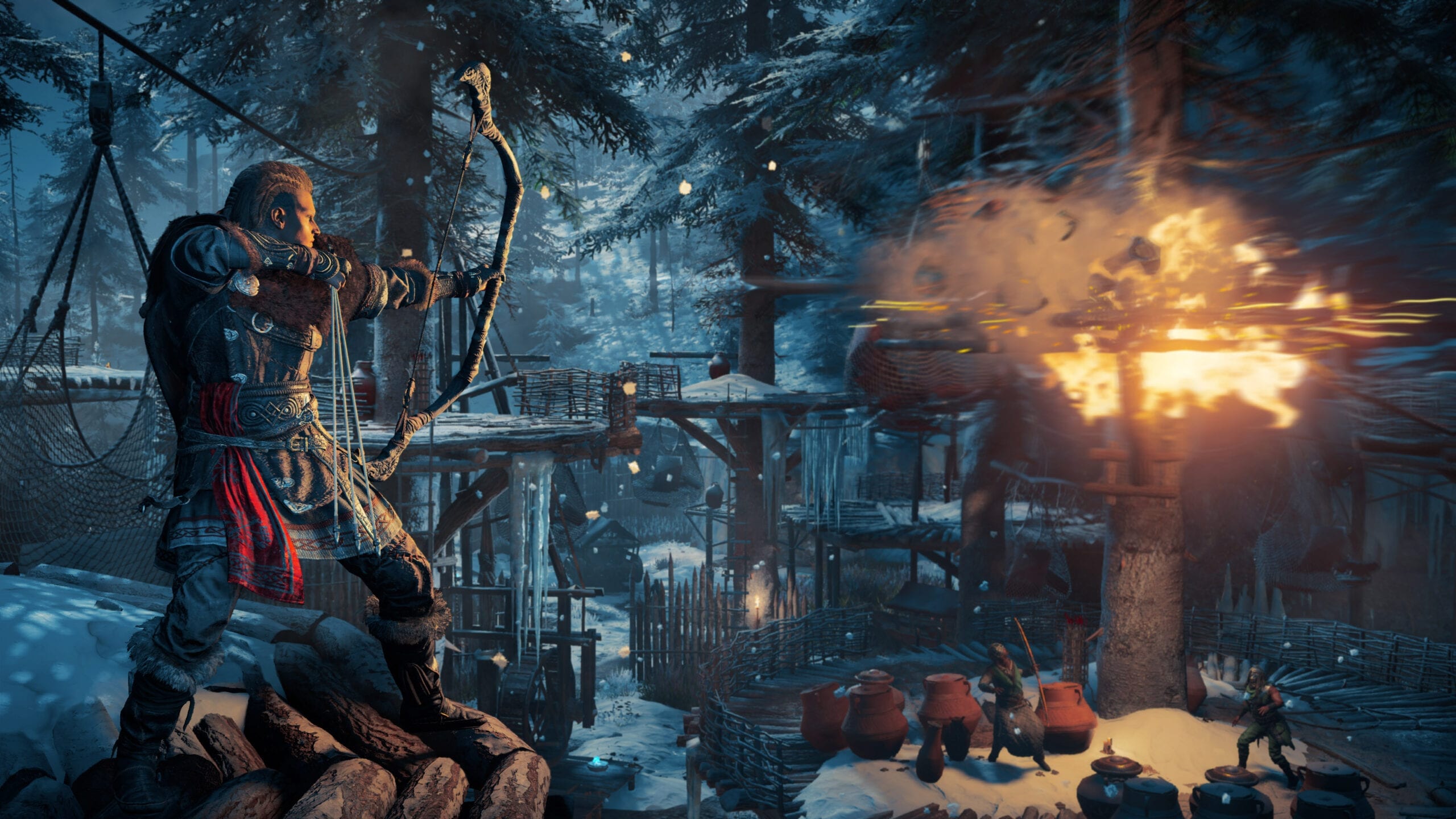 Ubisoft has announced the release date for the first major expansion for Assassin’s Creed: Valhalla, titled Wrath of the Druids.

Wrath of the Druids will take us to Ireland to uncover the mysteries of an ancient and sinister cult (you know it’s going to be the Templars).

The Wrath of the Druids expansion will release on April 29th and will be available at no extra cost for Assassin’s Creed: Valhalla season pass owners, as well as a standalone purchase.

However, that is not all, because the Ostara Festival kicked off yesterday! The Ostara Festival will run until April 8th and will bring new celebrations to your settlement as well as new quests, activities, and items to unlock.

They’ll be new drinking mini-games (like the Vikings needed a new excuse), Archery, and Fighting.

You’ll also be able to take part in three new character quests such as protecting your settlement from “night spirits”, a May-Queen Celebration, and perhaps best of all, an Egg Hunt!

As revealed earlier in the week, Eivor will also have three new skills to acquire.  The “Fearless Leaper” brings down enemies with added impact from a great height.  As well as “Raven’s Loot” and “Loot Food” which as you can guess, increases the loot that you pick up.

They’ll of course be exclusive cosmetic items and settlement decorations that you can only acquire during the Ostara Festival.

Additionally, a highly requested feature is also now functional in Assassin’s Creed: Valhalla.  The new feature will allow players to switch gear and armour, but will still be able to retain the levelled-up stats attached to the items.

According to the press release: “Once a piece of gear or a weapon is found, its visuals can be equipped in exchange for silver by visiting the Blacksmith in Ravensthorpe if the item is from the same category.”

Are you looking forward to the first major Valhalla expansion?