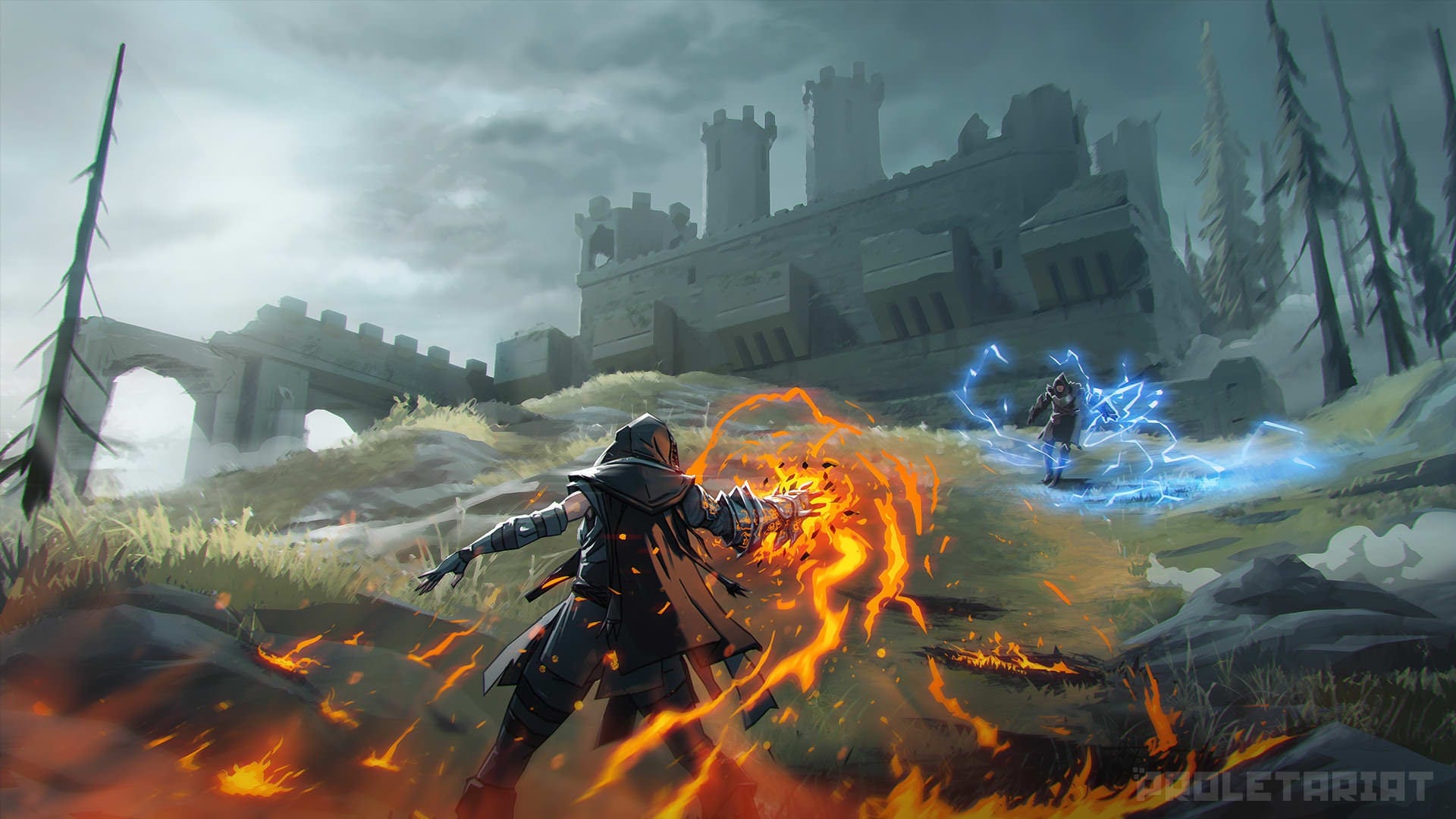 As we all know battle royale games are what is hot at the moment. The genre helped the latest Call of Duty game, Call of Duty Black Ops 4 make $500 million in its first week as well as creating the giant that is Fortnite. Many gamers are tired of the genre however this upcoming game called Spellbreak looks like a fresh new spin on the genre with some massive potential for a lot of fun.

The art style is very in keeping with the genre of the game which I am very much a fan of. This will hopefully get even better with updates to the game as they come out.

The spells you can use to destroy your opponents depends on your class. Your class allows you to pick up gauntlets which are enchanted with certain abilities. So far there are 11 classes that you can use to deal different types of damage. So far there are fire, ice, lightning, stone, wind, and poison damage available to the players you can combo them as well for an even more devastating blow to your opponent.

A #throwbackthursday ice lance snipe from one of our community Elders, @issaacc98. ❄️ ? pic.twitter.com/e2m8a0zmw4

The gauntlets also have primary and secondary fire available these usually come in the form of a more precise shot and then an explosion or cloud of something deadly. Check out some more gameplay below.

These abilities can create some pretty insane moments as you can lose your enemy in your own abilities. The game is still in Pre-Alpha and you can sign up to be one of the testers of the game here.

It is currently only available for PC gamers for now and there doesn’t seem to be any word as of yet whether the devs will be bringing this to console. One dev took to Reddit to say this:

Doesn’t seem too positive for console gamers but you never know!

Ice lance! Check out the epic sniping magic from the original concept art to how it looks and works in the game: https://t.co/wEW9E0yPFf #indiedev #gameart

Want to play the pre-alpha (or get your friends to)? Sign-up here: https://t.co/5cd9DMahHb pic.twitter.com/cZhIyZtsbA

Will you be picking up this upcoming battle royale game or are you too busy with Call of Duty and Fortnite? Let us know