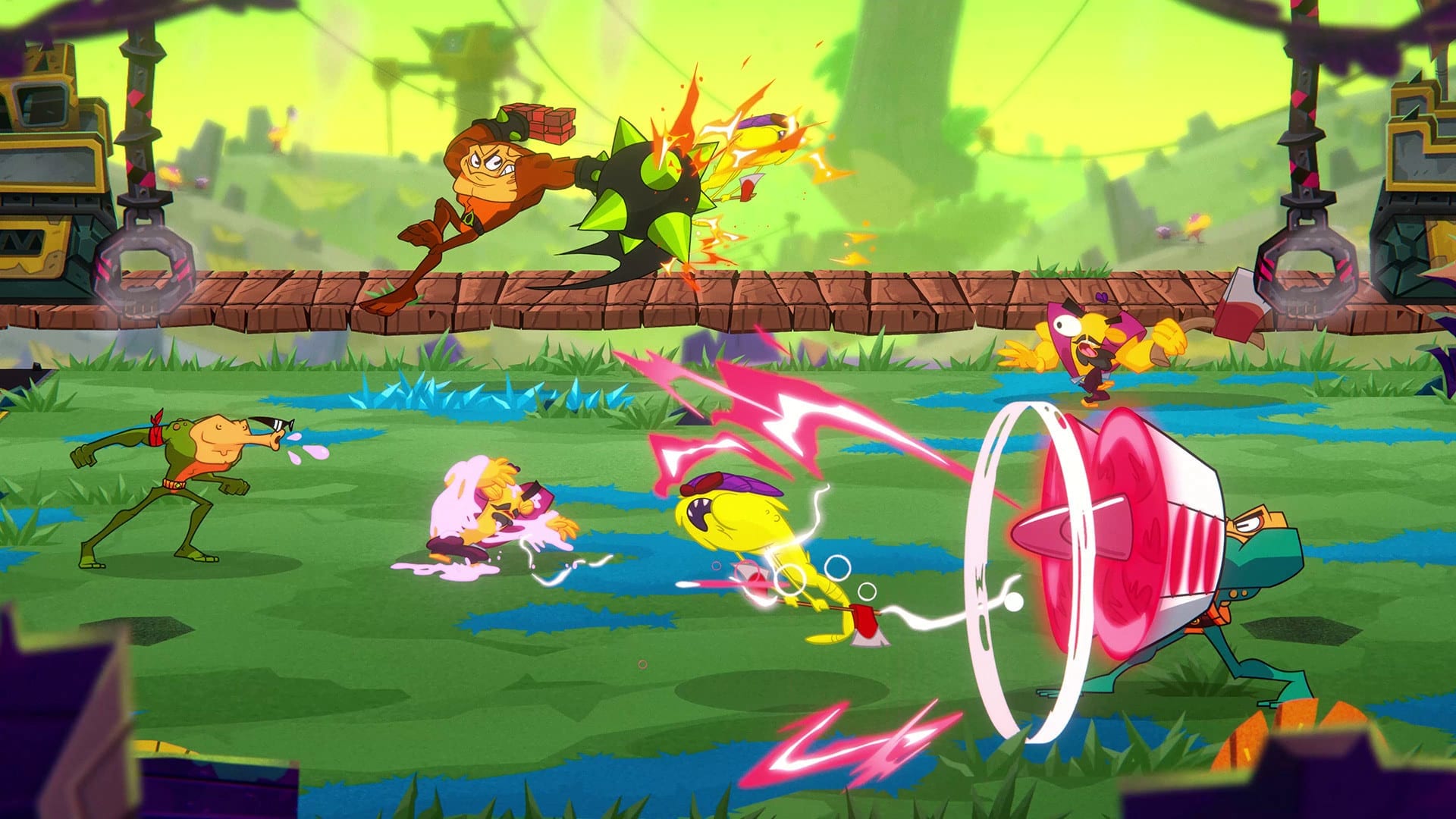 According to a new report from Rare, nostalgia-trip Battletoads has reached over one million unique players, proving there’s more than just a basic thirst for the beloved amphibious franchise.

In a blog post celebrating the news, Lead Designer Paul Collins thanked both fans and the media for reintroducing a whole new generation of gamers to the classic Battletoads IP.

“Since their brand new adventure released with Xbox Game Pass and on Xbox One, Windows 10 and Steam on August 20, the development team at Dlala Studios and Rare have been keeping a close eye on responses to the game,” says Collins.

“It’s been wonderful to see the positive reception from so many players and journalists, celebrating how the game stays true to form in its multi-genre, couch co-op nature, all wrapped up in that Saturday morning cartoon styling.”

The post continues: “We also wanted to share some stats with you (taken on October 12th) since passing the milestone of over a million unique players leaping in to try the game, with the cool, impulsive Rash pipping his partners to the post as the most frequently selected ‘Toad.”

Rare also reveals that – thanks to the players – the toady trio have now collectively died more than 80 million times, “more than half of which were turbo bike crashes.”

The first game in the Battletoads series first released in 1991, so it’s wonderful to see the 2020 version getting so much love from players.